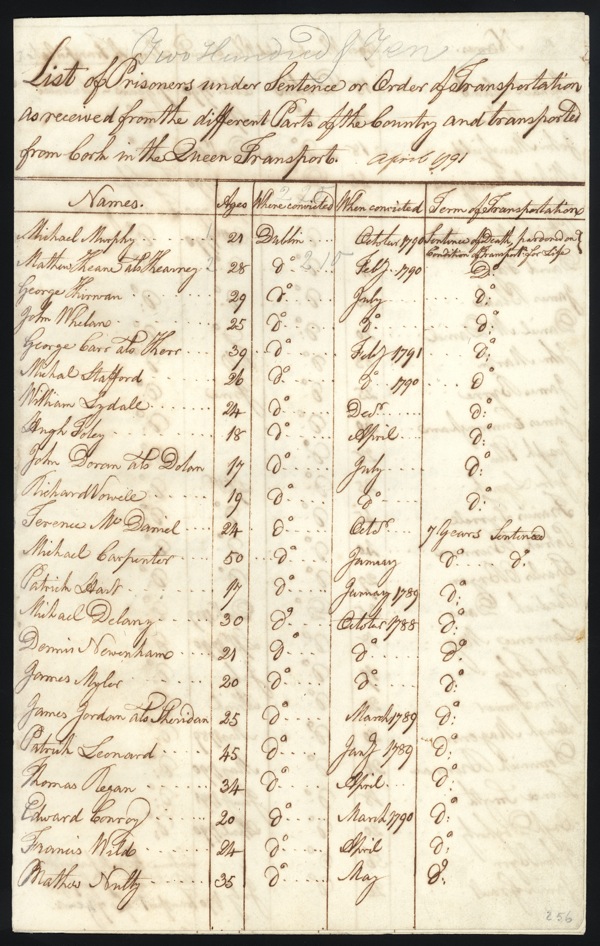 What price did a convict put on their freedom? In 1800 Governor Phillip Gidley King discovered the amount was £12. Sydney’s early government clerks in charge of the record books had been engaged in a lucrative trade with the Irish convicts — changing life sentences to appear as seven years. Cassie Mercer, editor of Inside History and one of the researchers who discovered the story, believes it is the first documented fraud against the colonial authorities. And it was Cassie’s ancestor who instigated the scheme to have convict sentences altered in the record books.

“When Governor King made the discovery, he claimed that upwards of 200 sentences had been illegally changed,” says Cassie, who helped genealogist Barbara Hall uncover the fraud back in 2000. “Based on our research, Barbara and I suspect the number to be closer to 50, which is still quite a decent proportion of the Irish convict population! We’ve even traced some of the convicts who illegally left Sydney back to Ireland, where they continued their criminal ways.”

For the first time, our early convict indents, including those with the illegal alterations, have been digisitised in colour by State Records NSW, and are available to view online, in a collection called Sentenced Beyond The Seas. Plus, a selection of original First Fleet indents will be on show at Parliament House in Macquarie Street for one day only on Australia Day.

Janette Pelosi, from State Records NSW, is one of the archivists who’s been working on the collection. Janette, too, discovered the fraudulent entries. “It was so easy to alter the sentences,’ says Janette, “that even Governor Hunter had been fooled into allowed a serving convict to return to London with him.”

The story of the fraudulent entries instigated by Cassie Mercer’s 5 x great grandfather has never been told — until now. Cassie Mercer is available for interview to tell this fascinating story.

Packed with in-depth family history research advice, the latest news and events, and features on Australia’s social history and heritage, Inside History is a bi-monthly magazine for people who are passionate about the past. It’s available from newsagents nationally, on iPad via Apple Newsstand, and for Android and desktop computers through Zinio. Or subscribe and have it delivered straight to your door.

Sentenced beyond the Seas and the Early Convict Index can be found at www.records.nsw.gov.au through the Online Indexes or Convict Records pages.