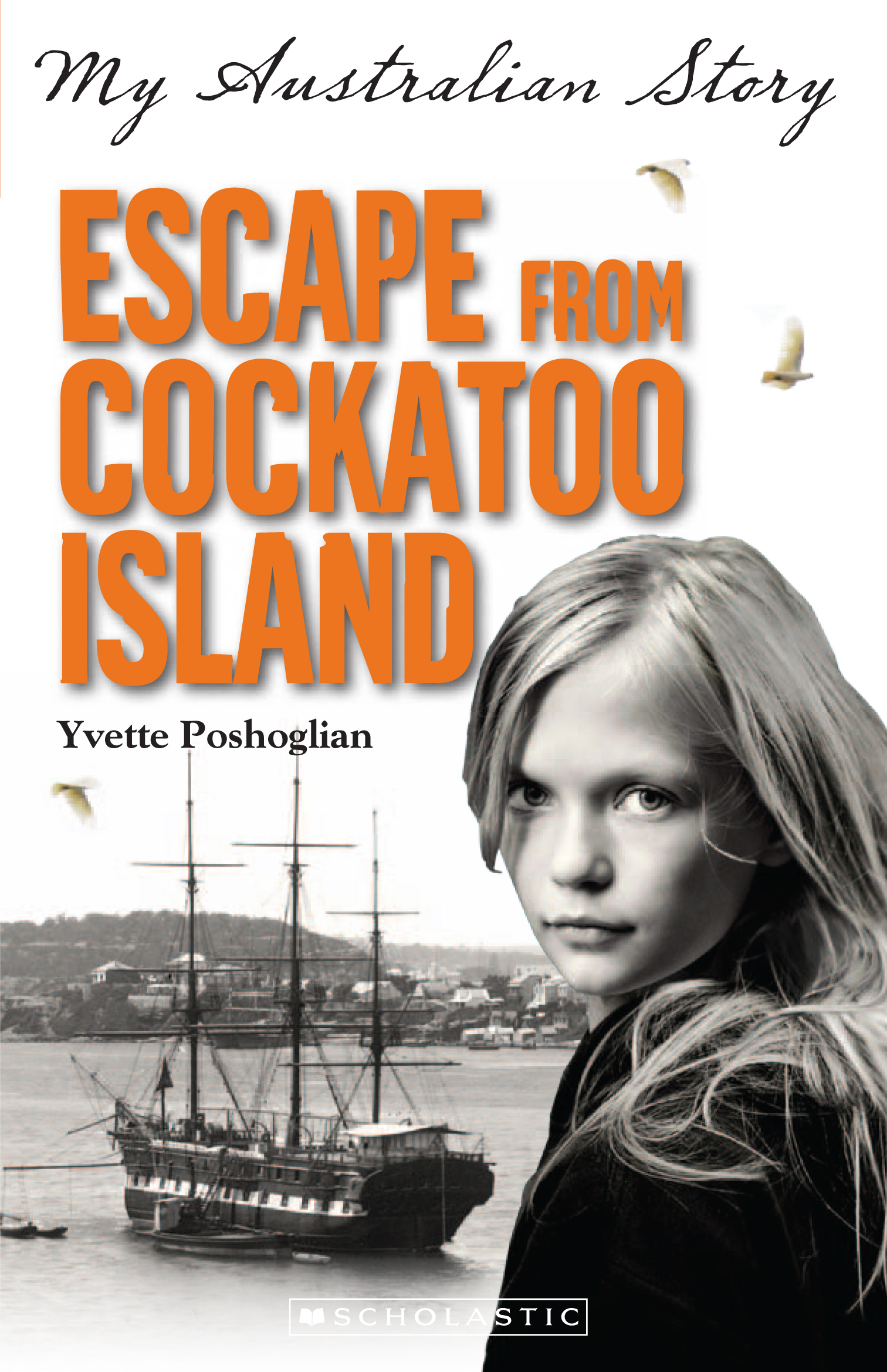 This week we talk to Yvette Poshoglian, author of My Australian Story: Escape from Cockatoo Island. Yvette is a writer and English teacher. She is also a freelance journalist, history buff and avid Sydney Harbour kayaker.

Escape from Cockatoo Island is set in 1879 on Sydney Harbour’s infamous Cockatoo Island which housed the Biloela Industrial and Reformatory School for Girls. It is 1879 and life in the Biloela Industrial School is tough for eleven-year-old Olivia Markham. Her windswept days are filled with sewing, washing, and avoiding the girls from the Reformatory School. Sydney is rapidly growing and modernising, but Olivia can only imagine what life is like beyond the shores of Cockatoo Island. She dreams of freedom, friendship and, above all, family.

Yvette: I first got the germ of the story from kayaking around Sydney Harbour. Cockatoo Island was a no-man’s land a few years ago – a far cry from its popularity of today. The moment I pulled ashore into a slipway, I knew that the place had a thousand stories to tell. In a way, the story of the Biloela girls found me almost by accident.

IHM: Q. Which resources did you find most helpful? a. Favourite website? b. Favourite library?

Yvette: I used the Dictionary of Sydney quite a bit – a stunning resource. And of course – TROVE for access to photos and journal articles.

Yvette: My first research began in the Marjorie Barnard Local Studies Room at Lane Cove Library – there are fantastic resources and librarians there on hand to help. It was a nice twist because that had been Lane Cove library was a second home to me in my childhood!

IHM: Q. What resources did you come across when researching your book that haven’t been widely used?

Yvette: The State Archives at Kingswood, NSW are absolutely fascinating. I spent many days there exploring primary sources, such as the Superintendent’s diaries from Cockatoo Island in the early 1870s. They are in such fragile condition that they are now being restored. They hold a wealth of information and were fascinating and integral to my story. Sadly, the diaries I wanted for the year 1879 were lost. They stopped at 1878 and began again in 1882. I wonder what happened to those other tomes?

Yvette: Once I made the connection between the treatment of the girls on Biloela and the establishment of the Boarding-Out Charity in the colony of NSW I knew that I had hit paydirt! I felt like Indiana Jones exploring uncharted waters. Historical research is highly addictive – you just want to know more, and how everything links together.

IHM: Q. Which stories affected you the most in the course of your research?

Yvette: The shabby treatment of the girls at Biloela really affected me. Compared with wayward and orphaned boys of the same era, the girls were considered ‘unreformable’. Yet the boys sailing around Cockatoo Island on the HSS Vernon and Sobraon were considered important enough to train as sailor-apprentices. The huge irony was that virtually none of the boys went on to become sailors – most became farmhands.

IHM: Q. Which stories amused you the most in the course of your research?

Yvette: I loved the idea that the boys kept a pet emu on the island – of course I couldn’t verify it, but I would love to track down evidence one day! The other incredible thing was learning about the International Exhibition held in Sydney in 1879. I wish that marvellous structure still stood.

Yvette: See above! There are also no known photos of the little girls from Biloela in the era of my book to be found. That makes me desperately sad.

Yvette: If a story holds you and won’t let go, do what you can to bring it to life. My story about Cockatoo Island found me – I just mucked in the best way I could and began to research everything I could possibly get my hands on. The hardest thing was connecting the dots in the history of the colony and then setting a context for my story. But I felt compelled to see it through to the end – I felt I owed it to the girls of Biloela.

Yvette: I had a very clear character from the outset who would be my catalyst. I stole the name of the male character from a friend of mine. And best of all, I had a wonderful editor who helped draw the story out and make it the best it could possibly be. All writers should be so lucky.

Yvette: It sounds silly, but sometimes I cried when I wrote parts of the manuscript. That’s when I knew it would have a resonance for readers.

You can read more about Escape from Cockatoo Island and buy yourself a copy on Scholastic Australia.