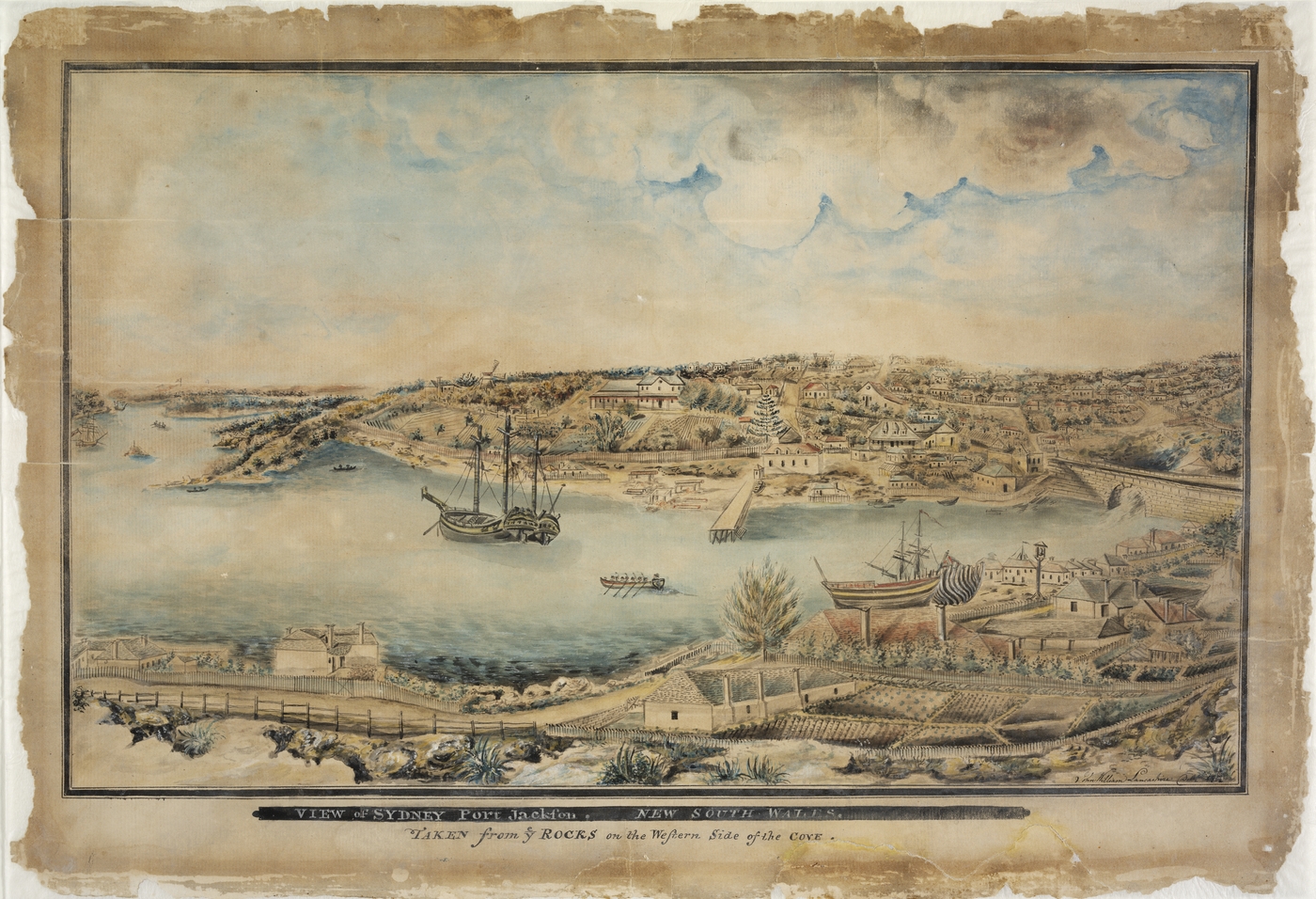 Every year about 3,000 people enter the Sydney Living Museum ballot to get on this tour. I’d waited for years to tour the Tank Stream – it’s one of the pieces of Australian history that I heard about early in my life and I’d wanted to see this little waterway for myself for quite a while. Happily yesterday, I had my chance – thanks to the good people at Sydney Living Museums [formerly Historic Houses Trust] and Sydney Water.

Now buried beneath the city, it wasn’t also so. When Captain Arthur Philip sailed into Sydney harbour in January 1788 he found a wide-mouthed stream flowing into the harbour – we’re told that the water was deep enough for schooners to go as far as present-day Bridge Street and Captain Philip declared it the finest spring of water. The Tank Stream, as it came to be known, provided Sydney’s fresh water until 1826, when it became so polluted that it was unsafe to drink. For two years the colony had to survive on rainwater until another source was found in 1828 and our first fresh water friend became a open sewer. Lucky for us, it stopped being a sewer way back in the 1930s and is now part of Sydney City’s stormwater system spilling out into Circular Quay. It had been raining so heavily before the tour that we nearly didn’t get to see this Aussie history icon, and its usual “earthy” smell had been replaced by the fresh scent of new rain. Yes, it was nearly too clean, but my faith in Sydney’s underground water systems was restored by the large number of even larger cockroaches we had as company during our tour.

But why was it called the Tank Stream I hear you ask? Well, back in the early days of the colony, the now Governor Philip was desperate for a dependable supply of fresh water – one not completely reliant on the fickle Australian weather conditions. So he ordered the convicts to deepen the Tank Stream and excavate three storage tanks in the surrounding sandstone. Each tank measured five metres deep and held nearly 20,000 litres of water. These tanks gave the stream its name.

The stream had been significant for the original traditional owners of the Sydney Cove area as well. The Gadigal people had used the stream as a source of freshwater, food and material for stone tools but this changed almost immediately with the arrival of the First Fleet. In 1793 in his journal, A Complete Account of the Settlement at Port Jackson in New South Wales, Watkin Tench wrote that:

The spot was chosen for this purpose (settlement) was at the head of the cove, near the run of fresh water, which stole silently along through a very thick wood, the stillness of which had then, for the first time … been interrupted by the rude sound of the labourer’s axe, and the downfall of its ancient inhabitants; a stillness and tranquility (sic) which from that day were to give place to the voice of labour, the confusion of camps and towns, and the busy hum of its new possessors.

The fresh water stream had been fed by a swamp on the site of today’s Hyde Park and the stream had dropped 30 metres over a series of waterfalls, to what is today Bridge Street. Springs along the way where King and Spring Street now sit, also fed the Tank Stream along with its total catchment being about 180 acres. Governor Philip had introduced the country’s first green ban and introduced a green belt 15 metres wide around the stream but by 1826 it was effectively a sewer. A sewer, which along with the rest of the city’s open sewers, was a significant health issue linked to waterborne diseases like cholera. So in 1857-58, the Bennelong Stormwater Channel was built and the Tank Stream diverted and hidden from public view. This had happened three years before London’s “Big Stink” in 1861 and the introduction of its modern Bazalgette sewer system – the system in London was considered one of the seven engineering wonders of the world but Australia had lead the way!

All of this history brought me to the city on Sunday and I walked away with a new appreciation of the land around me. For the first time I noticed the lay of the land and the way Sydney’s CBD slopes down to Circular Quay, the original path of the Tank Stream. I will look at the city differently, after having seen what’s left of the water that craved its sandstone bedrock. Here’s a few photos to whet your appetite for our history.

View of Sydney Port Jackson, New South Wales, taken from the Rocks on the western side of the Cove, c.1803 / drawn by John William Lancashire. Featured image courtesy of State Library of New South Wales. William John Lancashire was sentenced in England on 6 April 1796 for seven years. His various occupations were draughtsman and painter. Crimes he committed in Sydney were mainly for forgery.