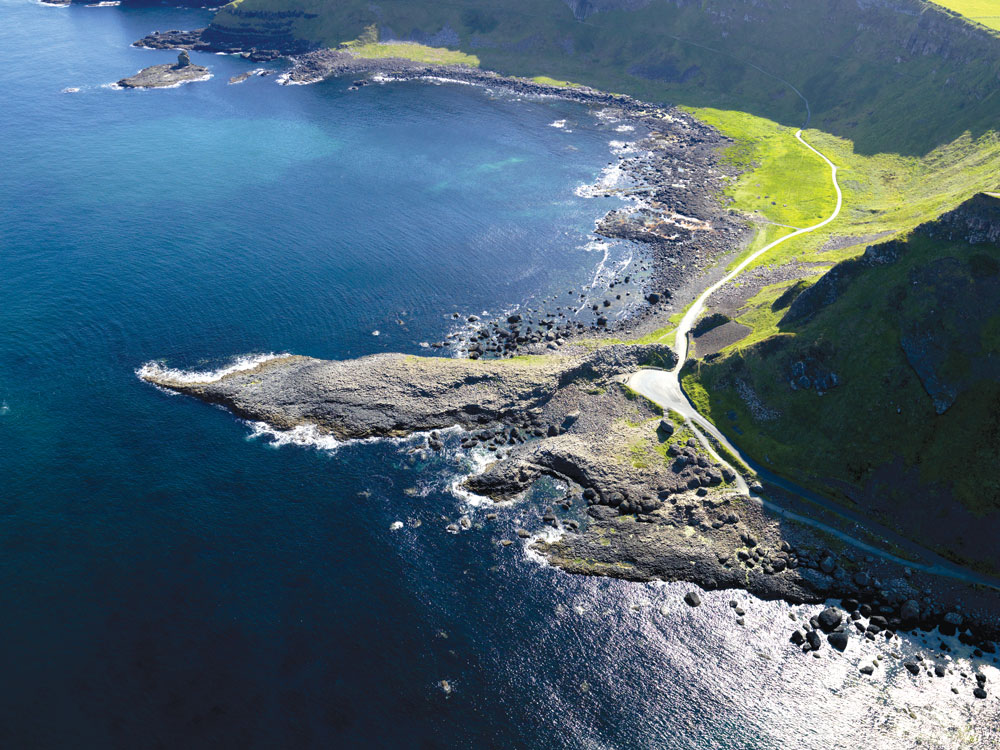 For those of us with Irish ancestry, travelling to Ireland to trace the family tree is a dream come true. Here’s how to get the most from your holiday and research trip.

Ireland is a gem of Europe, with unspoiled landscapes and lively dynamic cities, beautiful castles and a dramatic coastline – all filled with the enchantment of thousands of years of culture and history.

If you’re planning a holiday on the island of Ireland, make sure to follow in the footsteps of giants at the Giant’s Causeway; experience the amazing Titanic Belfast visitor centre and take in Derry-Londonderry, historically one of the principal emigration ports in Ireland, particularly for ships bound for New South Wales. A trip to Ireland wouldn’t be complete without a few days in Dublin — make sure to visit the Book of Kells in Trinity College. If you’re tracing your ancestors, why not contact the Shelbourne Hotel in Dublin, which has its very own genealogy butler who can help you make the best use of your time by guiding you to the sources where you are most likely to find results. The strong dollar means you’ll get exceptional value, and frequent flights direct from Australia means getting to Ireland has never been easier.

THE GATHERING IRELAND
This year is particularly special in Ireland as it’s hosting The Gathering, a citizen-led initiative 
to get people from around the globe to travel to Ireland. The country is aiming to host an additional 325,000 visitors, including 19,000 from Australia. Communities throughout the country will showcase and share the very best of Irish culture, tradition, business, sport, spirit and the uniquely Irish sense of craic, or fun.

The Gathering plays host to numerous festivals and events, some serious, some humorous. The events cover all manner of interests from Red Hair conventions to Left Handed get-togethers. The Gathering Ireland is the perfect opportunity for the 70 million-strong Irish diaspora to investigate, connect and celebrate their link to the island their ancestors left.

Pick a county, town or village in Ireland and in 2013 you will find a family gathering there. In fact, you’ll find a lot more than one. There are hundreds of clan gatherings and reunions planned throughout the year, such as the Gallaghers in Donegal, O’Neills in Tyrone and Armagh, Ryans in Carlow, and Farleys in Cork. With each gathering, you’re coming closer to your origins.

Of special interest to family history researchers will be The Gathering’s Morpeth Roll Exhibition Tour. The 400-metre long Morpeth Roll was signed by nearly 200,000 people in 1841 to farewell Lord Morpeth upon his departure from the office of Chief Secretary for Ireland. In 2013 you can see it in Farmleigh, Belfast, Kilkenny, Derrynane or Clonmel. Volunteers are currently digitising the document as part of Ancestry.com’s World Archives Project. No doubt the ongoing study of the Morpeth Roll will be a boon to family historians.

To find out more about the Gathering, or to plan your own gathering event, visit www.thegatheringireland.com.

IRISH DIASPORA MAKING ITS MARK
Out of the 70 million people worldwide who claim Irish ancestry, some of them are very famous indeed. From the Arctic Circle to the jungles of South America, from New York to New Delhi, Australia to Zanzibar — there’s an Irish twist in every instance.

During the year of the Gathering Ireland, the time is ripe to explore Ireland’s effect on the globe.

Many Australians and New Zealanders can claim Irish heritage. Perhaps the best-known is Ned Kelly, whose mother hailed from Antrim.The Australian outlaw and folk hero had an Irish father too — John Kelly was sent from Tipperary to Tasmania for stealing pigs.

TRACING YOUR ANCESTRY
At first, it may seem like a daunting task to discover your family’s history in Ireland. For some, it can be an emotional journey to make the trip back to Ireland to find family roots. Sometimes what you find is not what you had imagined or had previously been told. But this newly discovered heritage is a reward to be passed on through family history to younger generations.

The 400-metre long Morpeth Roll was signed by nearly 200,000 people in 1841… Volunteers are currently digitising the document as part of Ancestry.com’s World Archives Project..

Before making your travel plans, it is worth doing some online research. The freely available 1901 and 1911 census records (www.census.nationalarchives.ie), which are a fascinating and in-depth survey of the island’s population, are a good place to start. The Library Council’s site www.askaboutireland.ie offers a powerful search tool for tracking your ancestors in Griffith’s Valuation, a property tax survey from the 1850s and 1860s. The searchable parish records site hosted by the Irish Family History Foundation (www.rootsireland.ie) can also help point you in the direction of your forebears and where they hailed from in Ireland. Many census forms were destroyed, so local parish records are often the only direct sources of Irish family information. Numerous genealogy centres and services in Ireland can help with your family research. Each county has a genealogy centre to assist visitors in researching their Irish ancestors or living relatives. Records are also available from the local authorities of many Irish towns and cities. Dublin’s National Library provides a free Genealogy Advisory Service every day of the week and will be holding various genealogy lectures and courses throughout 2013.

ANCESTRY-RELATED ATTRACTIONS
While travelling around Ireland there are some insightful places to visit as you discover more about your Irish heritage. The life on board an emigrant ship can be experienced at the Dunbrody Famine Ship exhibit in New Ross, County Wexford. The Dunbrody is a reconstruction of an emigrant ship that carried the Irish to all corners of the world. A visit below decks vividly portrays the cramped conditions of the sea voyage. Visitors interested in tracking down the American side of their family history can also access a database of emigrants compiled from three million records of Irish passengers who disembarked in the United States. (The database is also available online at www.dunbrody.com)

A visit to the Cobh Heritage Centre provides another great insight into Irish emigration. From 1848 to 1950 more than 2.5 million people departed from Cobh. The Cobh Heritage Centre helps visitors to retrace the steps of the adults and children who emigrated from Ireland via Cobh on coffin ships, early steamers, and on the great ocean liners. Explore the conditions of life on board for convicts leaving Cobh for Australia in 1801. You can also learn of Cobh’s special connections with the ill-fated Titanic and relive the horror and controversy of the sinking of the Lusitania off Kinsale Harbour in 1915.

MORE HIDDEN GEMS
During your visit to Ireland, take time to see some sights which are off the beaten path. Here are just a few of our picks. The story of Ireland’s emergence as a modern nation is portrayed at Dublin’s Kilmainham Gaol, where leaders of each of the rebellions against Britain between 1789 and 1916 were incarcerated, as well as many convicts bound for Australia’s shores.

St Kevin founded the early medieval monastic settlement at Glendalough, County Wicklow, in the 6th century. The monastery flourished until the 14th century. Nestled in a glacial valley in the Wicklow Mountains, and dotted with monastic buildings and ruins, Glendalough is today a popular place for birdwatching and trailwalking, and makes a good day trip from Dublin.

If your ancestors left Ireland during the famine, a visit to the haunting Deserted Village of Slievemore, Achill Island, County Mayo — a village of more than 80 abandoned stone huts — will give you a sampling of what they left behind. If you’re wanting spectacular coastal scenery, wild windswept landscapes, haunting historical sites, pretty towns brimming with culture all in the one spot, then it’s hard to top a trip around the Dingle Peninsula, County Kerry. Described by National Geographic Traveler as ‘the most beautiful place on earth’, it takes in some of the best scenery Ireland has to offer.

“the most beautiful place on earth” – Dingle Peninsula, County Kerry

While in the west, soak up the craic in Galway, one of Ireland’s most cosmopolitan cities. Ireland’s largest traditional Irish music school — the Willie Clancy Summer School — has been held every July since 1973 in Milltown Malbay, County Clare. Daily classes (tailored to your ability) are complemented by a full program of lectures, recitals, dances and exhibitions.

And last but not least, Belfast’s Crown Liquor Saloon is a favourite among locals and visitors alike, and retains all the trappings of its Victorian splendour — from gas lighting, decorative glass and tile work to carved timber snugs, or private booths.