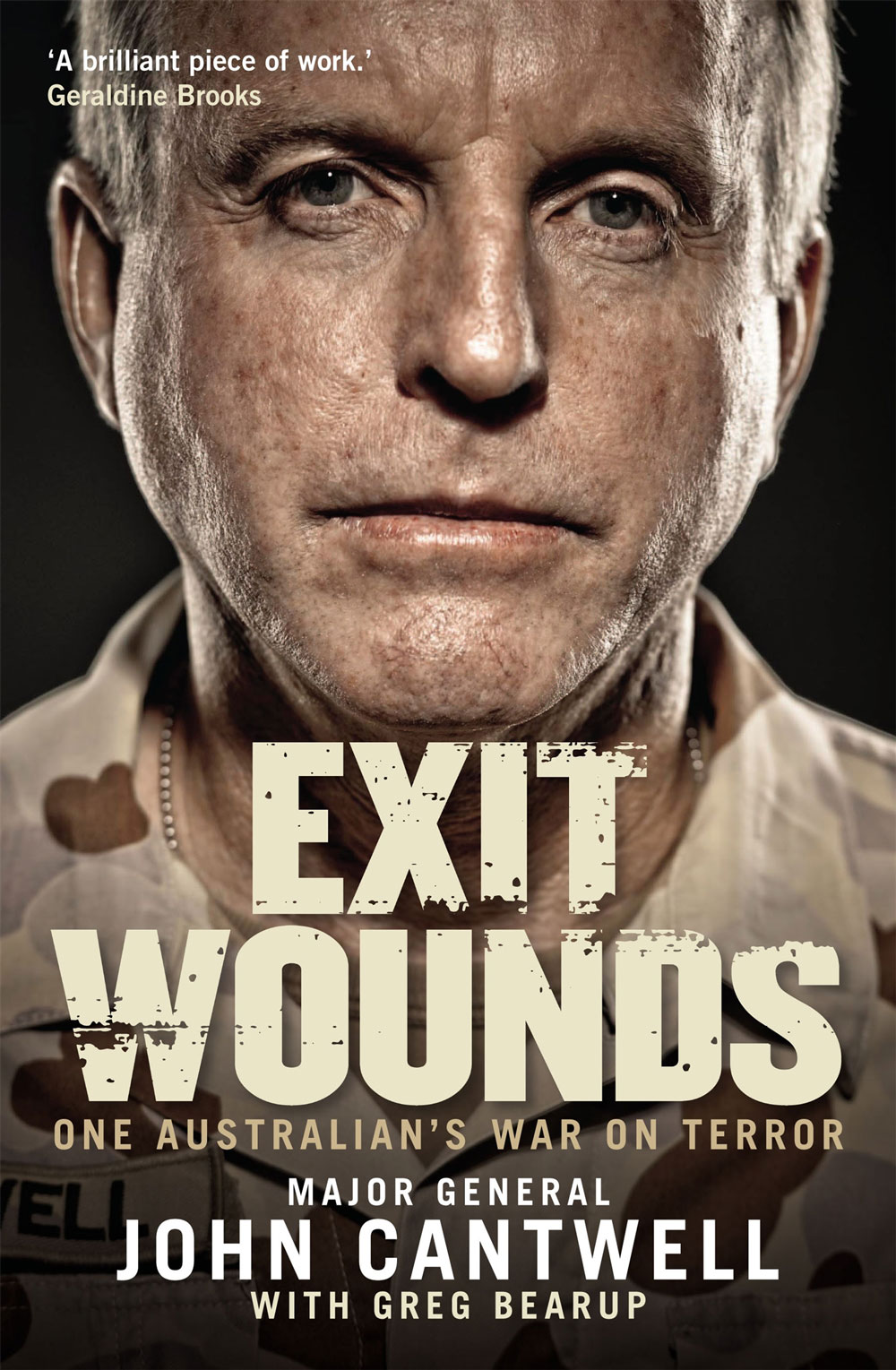 The ancient Egyptians recorded cases; it was there at Thermopylae; it shadowed the conquering Roman legions, and shivered at Little Big Horn. Call it what you will – battle fatigue, shell shock, or Post Traumatic Stress Disorder – it’s been around as long as men have lifted a hand in anger against each other.

Which begs the question: Why hasn’t it always been recognised as the sane reaction of a normal person to horror, particularly the horrors of war? More specifically, we can ask why a high-ranking officer in the modern Australian Army is told he is just ‘down in the mouth’ and he should ‘think of pleasant things before going to sleep’ when he first seeks treatment for what is obviously PTSD?

Because that is what happened to John Cantwell after a tour of duty in the 1991 Gulf War. He suppressed his trauma and went on to become Deputy Chief of the Army, and Commander of all Australian forces in Afghanistan and the Middle East. He was a Major General and in line for Chief of the Army before the years of anxiety, flashbacks and nightmares brought it all crashing down.

But it’s the basic questions that keep bugging a reader throughout this searing, honest and unsettling book. Why does the military culture continue to abhor a normal human reaction, and why the hell do we continue to fight each other, anyway, knowing the appalling results for victor and vanquished alike?

Maj Gen Cantwell finally decided it all wasn’t worth it. And this is a man who loved the military life.

There really is no excuse to the unanswered big questions. Wartime PTSD was an acknowledged problem in the first modern conflict, the US Civil War, in which rapid-fire weapons and delayed explosion artillery shells sowed unimaginable havoc. The US lost more men in the Civil War (625,000) than in all the combined conflicts since then (World War I, WWII, Korea, Vietnam etc).

Thousands of gibbering men were simply put on trains with the name of their home town pinned on their uniform and abandoned. At war’s peak, there were so many insane soldiers wandering the US countryside that a public outcry led to the first hospital for the military insane.

But no one learnt from it and in the human mincing machine of World War I, soldiers who broke down were sometimes shot for cowardice. Research by the Vietnam Veterans of America association revealed that more US WWI soldiers were lost through psychological disintegration than were killed in combat.

So what did military cultures around the world do about it? They treated it as a character defect and tried in advance to weed out the ‘weak’. The US rejected 5 million men in WWII, but still lost half a million to PTSD.

I guess we have to wonder why John Cantwell signed up to this madness. But that question encompasses every man and woman in uniform and is unfathomable. By his own admission, Cantwell was itching to prove himself in combat and went to extreme lengths to get involved in the First Gulf War, even getting a secondment to the British Army. His combat experiences weren’t extreme, but he saw enough to rock his inner core.

He sat on his anxiety for 13 years before going back to Iraq for another go. He hoped he could ‘purge the demons’, but they really came alive this time as sectarian violence and Iraqi political machinations made his job near impossible. But still he ploughed on, ending up in charge of things in Afghanistan. And to his troubles he added guilt over soldier deaths.

It is now on record that Major General Cantwell unravelled on returning to Australia, where, under the peculiar arrangements in the Army, the higher you go the less certain your job: And if you can’t snare the one or two top positions available, it’s hand your badge in and cheerio.

Cantwell left, hit the bottom, contemplated suicide and was kept going by a loving family and medical help. Now, like an alcoholic clawing his way back, he takes it one day at a time.

He believes the loss of Australian lives in Afghanistan is not worth it and he rails against the political power plays and national self-interest that drag us into foreign wars.

And yet the reader may come full circle to those unanswerable big questions again about men, war and military cultures. For Cantwell’s oldest son is a soldier. And so it continues.

More on John Cantwell:
He served in the first Gulf War in 1991, in Iraq in 2006 and as commander of all Australian forces in Afghanistan in 2010 before retiring in 2012. He has been awarded the Distinguished Service Cross for his leadership in action in Afghanistan, been made a Member of the Order of Australia and an Officer of the Order of Australia, and received the United States Legion of Merit. As a country boy from Queensland, John Cantwell signed up to the army as a private and rose to the rank of major general. He was on the front line in 1991 as Coalition forces fitted bulldozer blades to tanks and buried alive Iraqi troops in their trenches. He fought in Baghdad in 2006 and saw what a car bomb does to a marketplace crowded with women and children. In 2010 he commanded the Australian forces in Afghanistan when ten of his soldiers were killed. He returned to Australia in 2011 to be considered for the job of chief of the Australian Army. Instead, he ended up in a psychiatric hospital. Exit Wounds came from this experience.