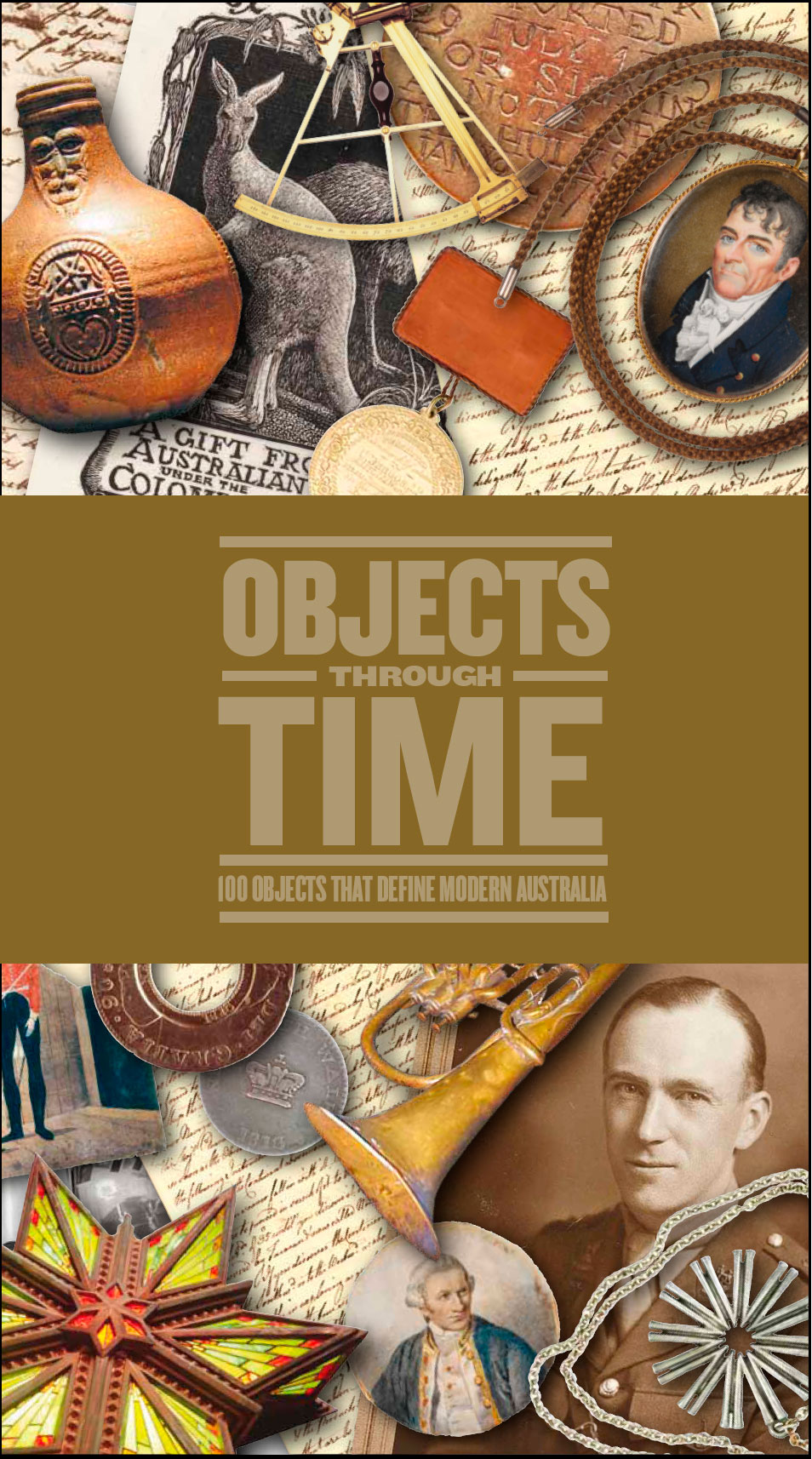 From time to time, we’ll be talking to great Australian authors and curators about their local history and what inspired them to start researching and writing their stories.

This week we talk to Stephen Thompson, author of Objects through Time. Objects through Time is a publication from the NSW Migration Heritage Centre [MHC] traces the history of migration to this continent through a selection of 100 significant objects spanning a 60,000 year time frame. Researched and written by MHC curator Stephen Thompson, the book features objects from collections across the world that document the migration of people, technology and ideas to our shores.

“Modern Australia has a million stories that belong to the Aboriginal people who discovered and settled it, the explorers, sailors and navigators who mapped it and the waves of 19th and 20th century migrants who built it. All these people have written the story of modern Australia. What is left behind are the objects, stories and places that define who we are…” Stephen Thompson

Click here to read more about Objects through Time or view the virtual exhibition, Objects Through Time.

IHM: Q. What inspired you to start researching and writing?
Stephen: To capture and document the stories of people, places and objects before the people who know these things drop off the twig and to place these stories into a narrative of the migration of people, technology and ideas to Australia over the past 60,000 years.

IHM: Q. Favourite website?
Stephen: Google- I can find just about anything with it.

IHM: Q. Favourite library?
Stephen: My own followed by the State Library of NSW. I have put together a nice little range of reference books that have something about everything. For more specific material it’s the SLNSW- they have collected the world and stored deep down in their bunker!

IHM: Q. What resources did you come across that hasn’t been widely used by others?
Stephen: Access to the collections and archives of rural and regional museums and historical societies across Australia. There are very significant collections, documents and objects housed in little out of the way places across the nation that are the material evidence of our story. These objects are being cared for by a legion of heroic volunteers.

a. Which stories affected you the most in the course of your research?
Stephen: The experiences of German families and communities across Australia caught up in the madness of the Great War. The British Australian community did some terrible things to these people. Prior to the Great War the Germans were the largest culturally distinctive group in Australia behind the British and after the war they had virtually disappeared from the cultural landscape. This was because of community and government persecution.

b. Which stories amused you the most in the course of your research?
Stephen: The ingenuity of the Italians in the Riverina. This community came up with amazing and whacky inventions in establishing farms across the Murrumbidgee Irrigation Area. The best was the mechanised carrot washer made from old fuel drums that looked like a large metal horse where soil encrusted carrots were placed in one end, rotated and hosed down with water and they came out the other end bright and clean.

IHM: Q. If you could track down one thing you haven’t yet managed to find out, what would it be?
Stephen: What actually happened to James Cook’s vessel HMS Endeavour.

IHM: Q. What’s your best tip for people wanting to write a history book of their own?
Stephen: Have a good think about how your story will mesh into the larger narrative that overarches it and place yourself in the shoes of the reader and write to them.

IHM: Q. How did you go about bringing the characters and stories to life?
Stephen: I set to weave the stories of the people, places and objects featured in my book into the wider narrative of the evolution of modern Australia and to show how these stories are related to one another in this narrative.

IHM: Q. How do you know when you’ve written a good book?
Stephen: When librarians from across Australia email or phone you to say they love the book!