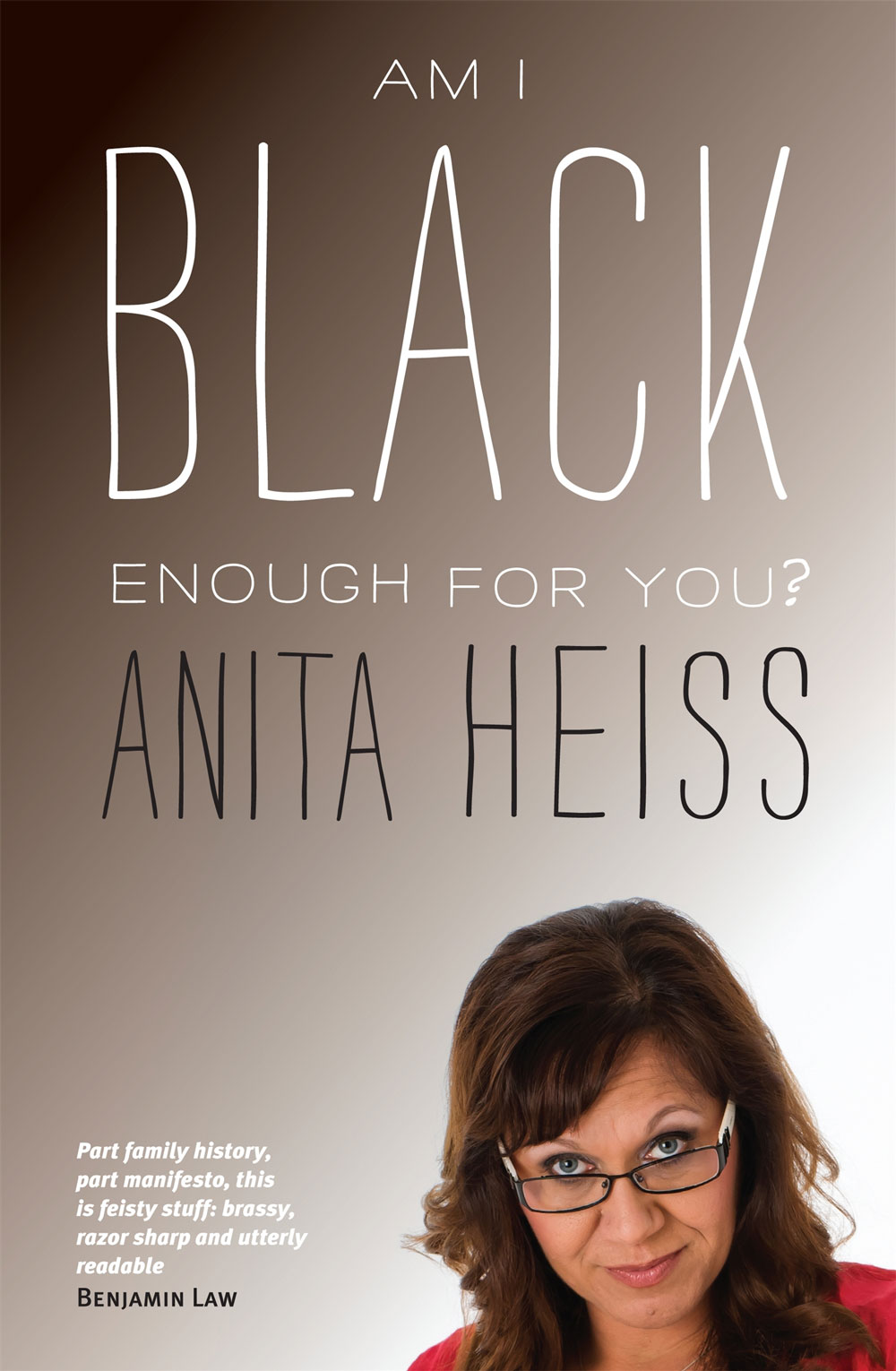 Dr Anita Heiss is an acclaimed author and social commentator who recently joined Jumbunna Indigenous House of Learning and UTS as an Adjunct Professor. She is an Indigenous Literacy Foundation Ambassador and a Books in Homes Ambassador. Anita is a proud member of the Wiradjuri nation of central New South Wales and her mother was born on Erambie Mission Cowra – Wiradjuri country. Anita grew up in the eastern suburbs of Sydney. Paula Grunseit caught up with her for a Q&A at the Byron Bay Writers’ Festival.

IHM: Q. Can you tell us about your children’s books?

Who Am I? The Diary of Mary Talence, Sydney 1937 is part of the Scholastic My Australian Story series and is about the emotional, psychological and physical journey of a young girl removed to Bomaderry Aboriginal Children’s Home before being fostered by a white family on Sydney’s North Shore. It’s been in various classrooms since 2001 when it was published and has since been translated into Spanish, Farsi, French and Mandarin. It’s important that stories about the Stolen Generations are taught in Australian schools, just as it’s important to teach about other aspects of Australian history.

Between 2004 and 2011, I wrote two children’s novels featuring the main characters of Yirra, a young girl, and Demon, her dog. They were a chance for me to do something for, and with, the local community near where I have spent most of my life: the coastal suburb of La Perouse. La Perouse has an important place in my personal history. I spent many, many summers as a young person at the beach at La Pa.

Yirra and Her Deadly Dog, Demon, was published by ABC Books in 2007. The students came up with the content: the characters, the settings, the voices, Yirra’s lifestyle and personality. I wove it into a story that resembled something similar to their own lives but perhaps with a little more dog-related drama. The story is about ten-year-old Yirra – named after the Wiradjuri word meaning ‘sun’ – who lives on the mission, goes to La Perouse Public School, likes the beach, yoghurt, her iPod, Kasey Chambers, a boy at school called Matt and her Siberian husky, Demon. But Yirra’s mum’s sick of vacuuming up fur balls, the neighbours are fed up with having their undies nicked from the clothesline, and her stepdad just wants his slippers back. If Yirra doesn’t find a dog trainer soon, she’ll have to give her beloved Demon to a new family – one who likes dogs who run and dig a lot!

The sequel, Demon Guards the School Yard, was produced with a different set of students at La Perouse and was released through Oxford University Press in March 2011. It allowed us as authors to talk about local native plants and history around the Bondi Beach area. Within the text, the characters also discuss identity based on skin colour. I believe Yirra’s story gives young Australian readers a contemporary view of an urban Aboriginal world in coastal Sydney. The work also puts La Perouse on the map for something other than the fact the French landed there and Tom Cruise shot some scenes for Mission: Impossible II at Bare Island Fort.

IHM: Q. You’ve written across a lot of different forms including fiction and non-fiction — do you have a favourite form or is it more about what you want to achieve with your writing?

It’s hard to choose one over the other as each title has a specific purpose and audience in mind. I think of my writing in strategic terms and what I want to do aside from tell an engaging story. Having said that, I do enjoy writing commercial women’s fiction simply because it’s fun, and I get to research in different cities (New York, Paris, Sydney, Melbourne, Canberra, Mudgee and Deniliqiun!) and do whatever my characters do.

IHM: Q. Do you think the books you’ve written (Paris Dreaming, etc) are helping to break down genre bias?

I hope so. I think as Aboriginal authors we are expected to write in certain genres i.e. non-fiction, poetry, children’s and on certain themes. But we live diverse lives, we read diversely and we should write diversely. I hope my chick lit also shows that you can write about shopping and sex at the same time as raising awareness of a range of social justice issues like the NT Intervention and black deaths in custody alongside inter-racial relationships, the internationalisation of Indigenous art and so on.

IHM: Q. Can you tell us something about your work with schools – why you do it, what you love about it?

I do various things during my school visits. Sometimes they are author talks about my books and writing, sometimes they are creative writing workshops designed to also get students thinking and writing about Indigenous Australia. Of late I have been doing a lot of work with teachers and teacher librarians as they prepare for the National Curriculum and embedding Indigenous Studies into all their classroom work. I do it because it needs to be done, because Indigenous voices are still missing in classrooms and we have a wealth of stories to be shared that will help students (and teachers) better understand who we are as Aboriginal people, but also who Australia is as a nation today.

IHM: Q. What do you remember about learning history at school and how can we change the teaching of history so it’s more relevant to and interesting for children?

I remember only using textbooks and learning mainly about world history. When we talked about Australian history it was short and sweet about Captain Cook and Governor Phillip, and then our roles in the First and Second World Wars. Resources and content today are far more engaging – videos, YouTube, music, theatre, historical novels. Teachers need to use all media to engage students in topics that otherwise could be heavy and ‘boring’ to young children.

IHM: Q. What are a few of your favourite history-related reads?

I loved Kate Grenville’s The Secret River and Marie Munkara’s Every Secret Thing, both novels. In terms of non-fiction I’d say Albert Holt’s Forcibly Removed and Jessie Lennon’s I’m the one who knows this country. Of course, I think everyone should have a copy of The Papunya School Book of Country and History.

IHM: Q. What were a few of the session highlights for you from the Byron Bay Writers’ Festival?

I was on a panel about chick lit and mass market with Lisa Walker, Ed Chatterton and Colin Falconer. Chaired by Moya Sayer-Jones, it was by far the funniest literary event I have ever done. We laughed non-stop, the audience had a great time and they apparently also walked away with valuable information, or so I am told!

“Anita Heiss has written a brilliant memoir about what it means to be a black Australian woman in the 21st century. Part family history, part manifesto, this is feisty stuff: brassy, razor sharp and utterly readable.” – Benjamin Law on Am I Black Enough for You?