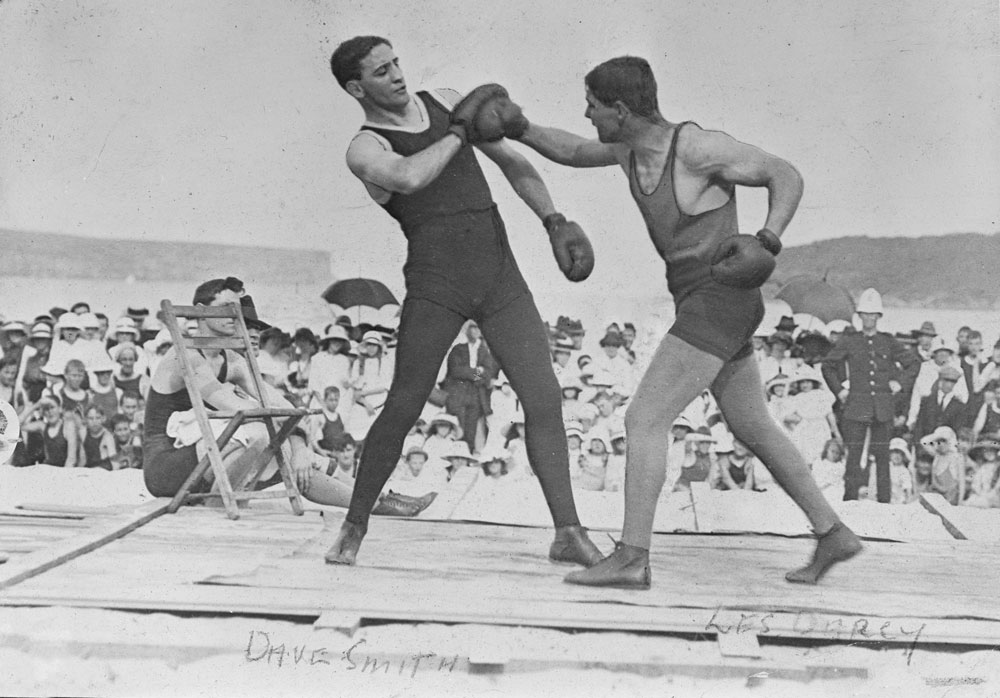 The National Archives of Australia has lots of records relating to Irish immigration over the decades. Here, we look at some of the highlights.

Irishman Martin O’Meara from Birr in King’s County found himself in Australia, hewing timber sleepers for a living, when World War I broke out. Born in 1885, he was close to 30 when he enlisted to serve with the Australian Imperial Forces (AIF) in August 1915. Before long, he’d been transported to Europe to fight in France on the Western Front. His service record, held by the National Archives of Australia, shows it was during the Battle of Pozieres that O’Meara came to his superiors’ attention. His courage in the heat of battle led to a nomination for the Victoria Cross on 9 September 1916 based on his ‘most conspicuous bravery during four days of very heavy fighting’. O’Meara diced with death repeatedly, darting in and out of No Man’s Land under intense artillery and machine gun fire to rescue wounded officers and men, carrying them back to safety. He also volunteered to carry ammunition and bombs through a heavy barrage to a section of the trenches which was being heavily shelled. The officer in charge had not ordered anyone to take on the task because of the obvious peril.

Throughout, O’Meara showed ‘an utter contempt of danger and undoubtedly saved many lives’. One witness, a Lieutenant Wadge, reported that ‘the number of men rescued by him was not less than 20’. Lieutenant WJ Lynas added that ‘Private O’Meara is the most fearless and gallant soldier I have ever seen’

But he wasn’t bullet-proof. His service record shows that on 9 April 1917 during the Battle of Bullecourt he received a gunshot wound to the face, and in August 1917, during the third battle of Ypres, he was severely wounded in the right thigh, buttock and back, injuries that hospitalised him for more than two months. He was back in the thick of it the following year, when his battalion fought in the battles of Hebuterne and Villers-Brettoneux. Despite his VC award and promotion to sergeant on 30 August 1918, Martin O’Meara’s future back in Australia was far from rosy. Only a few short months later, in December 1918, a letter from district headquarters in Perth to base records in Melbourne reported he was suffering from ‘delusional insanity’, with ‘hallucinations of hearing and sight’, that he was ‘homicidal and suicidal’ and had to be kept in restraint. There was no hope of his recovery. When O’Meara died on 20 December 1935 he had been a patient at Claremont Mental Hospital since 3 January 1919. It was recorded that his death was ‘due to war service’.

Martin O’Meara was one of 4,731 Irish-born servicemen who enlisted to serve in World War I with the AIF. Their names and places of birth can be found in the National Archives website, Mapping Our Anzacs, with links to their online service records.

Andrew McEntee, a more recent Irish migrant, now works at the National Archives and is always moved when he comes across such records in the collection.

It’s amazing to find these human stories, such as the tragic history of Martin O’Meara, which has been preserved for close to a century,” says Andrew. “The National Archives provides such a wealth of information for people trying to track down their family history. The sad part is that, growing up in Ireland, we never heard about these men, men who were heroes but are virtually unknown in the land of their birth.

There are many references to Irish migrants to Australia in the National Archives’ collection. One of its websites, Destination: Australia, includes images of post-war migrants from all countries, including Ireland. The site contains more than 20,000 government photographs of migrants who arrived in Australia between 1946 and the 1990s. Many have small stories attached, quoting the migrants themselves and highlighting the opportunities that they found in Australia.

Farm worker John O’Sullivan migrated to Australia from Limerick in 1951. He admitted to arriving in Australia “broke” and without any real qualifications. He worked for several years as a builder’s labourer, building his own home in his spare time. But it wasn’t long before he was appointed as a bar manager and, when photographed in 1962, he was the licensee and manager of a hotel at the Mellum Club Hotel, Landsborough in Queensland.

Another Irishman Pat McHugh from Drumkeerin, County Leitrim, came to Australia in 1948. When photographed in 1956 he was working on the new Olympic Pool for the Melbourne Olympic Games. Described as having a “rich Irish brogue”, Pat is quoted as saying: “It’s a good country, very good indeed”. The caption added that he had worked as a builder’s labourer and assistant welder in nearly every part of Australia and especially enjoyed working on the Olympic Pool where he was “earning good money”.

Jim Loughran who migrated from Belfast in 1951 was photographed in 1958 having built himself a thriving electrical sales and contracting business in Burnie, Tasmania. Starting with one apprentice, by 1958 when he was photographed, he had 14 employees.

Bryan Little worked as a male nurse at Canberra Hospital in 1968, something of a novelty at the time. Irish woman Jacqueline Duffy, photographed in 1969, was a videotape technician in Sydney. Bill McGloughllin, an Irish engineering executive, when photographed in 1968, said he enjoyed country living in South Australia. Irish-born actress Kay Taylor was captured in 1962 after she was invited to host a weekly woman’s program on Perth television. Irish artist Phillip Martin began a new phase of his career in Australia, and was photographed in his Sydney studio in 1969. Irish musician Roy Ritchie, pictured in 1974, composed music for the first ballet in Sydney’s Opera House. And sportsmen were also featured, with Irish Davis Cup player Derek Arthurs photographed in 1967 after he settled in Australia.