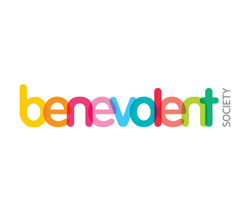 Home > Blog > Featured > Helping your ancestors :: A history of The Benevolent Society

The past 200 years has seen Australia’s first charity support those in need. Liz Dawes looks at how The Benevolent Society has shaped our community.

The Benevolent Society is more commonly known as Australia’s first charity, but one of its proud supporters, Paul Brunton OAM, Emeritus Curator, State Library of NSW, believes we might go further than this, stating “it is undoubtedly also the oldest Australian private organisation”.

Having celebrated its 200th birthday on 8 May 2013, remarkably The Benevolent Society has a longer corporate history than even our nation’s banks and newspapers.

So who, you may ask, is The Benevolent Society and what exactly were its origins? It may come as some surprise that the achievements of this special organisation are well known to us all. In fact, it’s very likely the care and support provided to millions of Australians during the past two centuries may have touched the lives of many readers’ ancestors.

The story begins in Sydney, on 8 May 1813 when Edward Smith Hall and five like-minded gentlemen resolved “That, notwithstanding the advantages of the soil and climate of this Colony, aided by the humanity of the Government in providing hospitals etc., still numerous instances of distress… continually occur, which it becomes the benevolent to endeavour to mitigate”. The New South Wales Society for Promoting Christian Knowledge and Benevolence was born.

Recognising the plight of destitute children, single mothers and ageing ex-convicts who had nowhere to turn for help, Edward and his friends, concerned by the lack of recourse to solve the problem, decided to act. They didn’t profess to have all the answers, but they weren’t willing to sit back and wait.

This courageous leadership and unwillingness to accept the status quo are traits that we can trace throughout The Benevolent Society’s entire history.

In those early days, assistance to the poor was given in the form of handouts of food, clothing, blankets and other essential items, collectively referred to as ‘outdoor relief’ and applicants were assessed before support was provided to ensure genuine need. Occasionally assistance extended to payments of rent while the main breadwinner in a family was unemployed, with detailed investigations carried out to avoid fraudulent claims.

Thanks to meticulous record keeping we know that in its first month alone, nearly 100 people had sought and received help from The Benevolent Society. Despite an initial cool response from Governor Lachlan Macquarie, after a year of operation the Governor subscribed £10 to support the charity’s work. By 1818 almost 1,000 people had received outdoor relief — in context, Sydney’s population then numbered about 13,000 people, so despite initial opposition from some prominent members of society, the scale of need for help in the harsh early colonial years could not be masked.

Renamed The Benevolent Society of NSW in 1818 and now with a refined and secular purpose, “for the relief of the poor, aged and infirm”, outdoor relief distributions continued. However, it quickly became apparent that despite generous donations, the major drain on limited resources was due to financial payments of rent. In order to survive, the organisation needed to adapt and change its ways.

On 12 October 1821 Governor Macquarie formally opened the first place of refuge in the colony — the Benevolent Asylum. Located on the then outskirts of Sydney on the corner of Pitt and Devonshire Streets, it would stand strong and provide shelter to countless men, women and children over the next 80 years. The shift from outdoor to ‘indoor’ relief was significant, but the effect was even more resounding. For many, the impact of the support given was the difference between life and death on the streets from exposure or starvation.

Those who knocked on the imposing doors of the Benevolent Asylum were safe in the knowledge that they wouldn’t be turned away. Family historian, Paul Robinson, discovered his ancestors sought assistance in the late 1800s. “The response was immediate,” Paul says. “They did not judge — they just helped.”

Initially built to accommodate around 60 inmates, after just 10 years the Asylum was already overcrowded, regularly housing more than 140 people. Despite extensions during the 1830s, capacity continued to be exceeded. As with many charitable organisations, the issue of resources being stretched to their limit persists throughout The Benevolent Society’s story, though thankfully this has always been mirrored by the determination to find a solution rather than fail those in need. In 1851 when operations at the Asylum looked likely to collapse under the pressure of requests for admission, the government granted The Benevolent Society use of the former Liverpool Hospital, resulting in the transfer of all male inmates of the Asylum.

Whether or not it was known at the time, this decision — and the later announcement by the government of its responsibility for caring for older people who were destitute (both men and women) — had profound implications for the organisation’s direction, now focussing its efforts on caring for and supporting women, mothers and children. During this time the reputation of the Benevolent Asylum as a maternity hospital continued to grow.

The unswerving determination to provide quality care was acknowledged by the medical community in Sydney, and in 1878 the Asylum became the first teaching hospital for midwifery in New South Wales, and reputedly, in Australia. Retired Sydney midwife, Lesley Potter, finds this part of The Benevolent Society’s history particularly fascinating. As a veteran of the profession with more than 40 years experience, she agrees with the suggestion that given the value system of the time, it was to The Benevolent Society’s credit that pregnant, unmarried women could confidently seek help and professional care.

“[The directors] were criticised for doing it by the powers-that-be and by society, and the directors of the Asylum had to justify why they were taking them in. They did so because the need of these women was so great they couldn’t turn them away.”

Thousands of people have played a part in shaping The Benevolent Society’s 200-year journey, ranging from staff and volunteers to our high profile patrons and generous donors. Among this dedicated and passionate group, Sir Arthur Renwick holds a special place in the organisation’s history. Physician, philanthropist and later also politician, as president of The Benevolent Society (1879–1908) Renwick guided the way forward through periods of significant change.