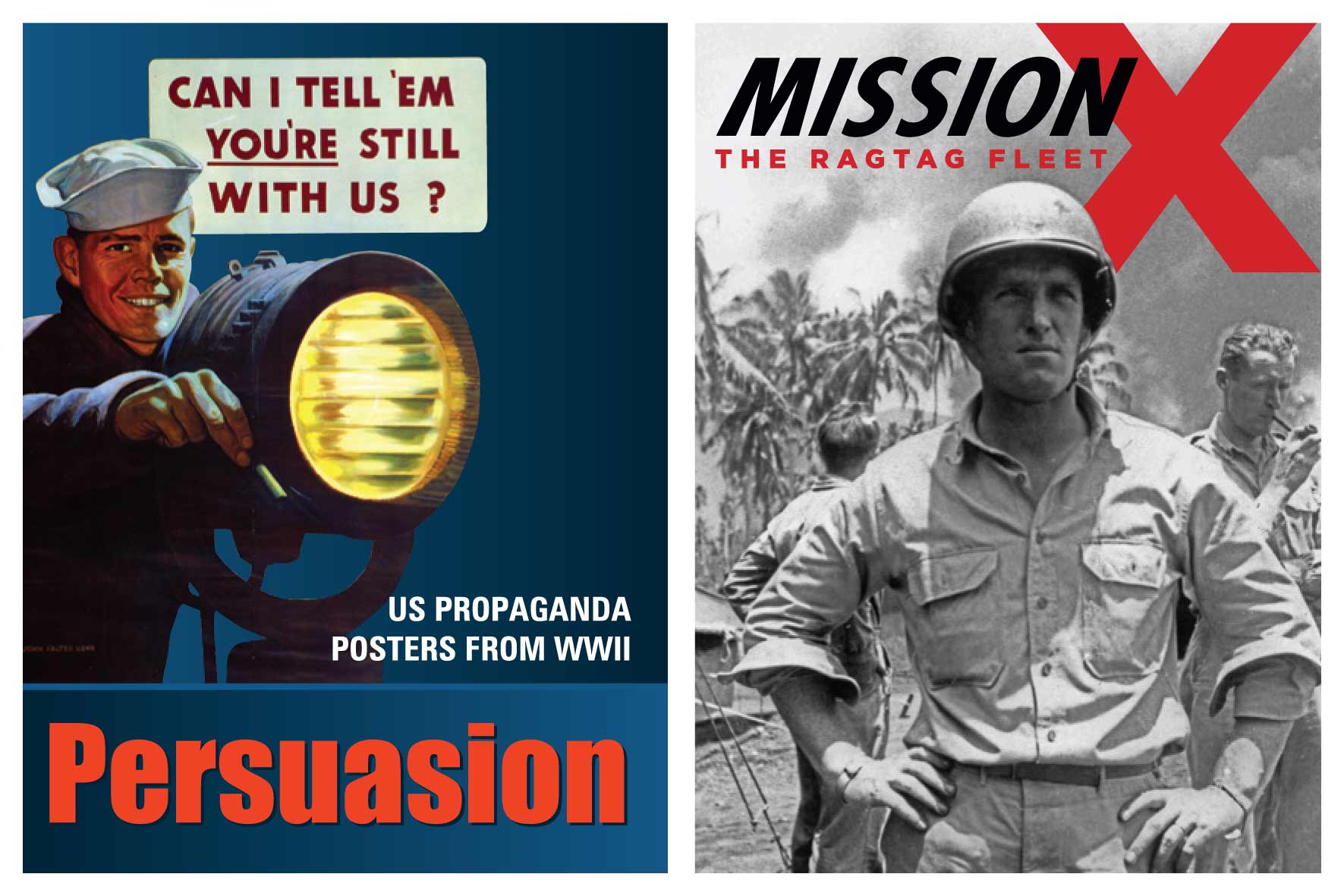 They probably seemed like an ordinary part of the hustle and bustle of Sydney Harbour during World War Two. Docked at Pier 10 of Walsh Bay they may have gone completely unnoticed by most Sydneysiders, after all Walsh Bay was a very rough place and not for sightseeing. They were the first of more than 3000 small ships assembled in Sydney from March 1942 to be stripped, reinforced, and fitted with machine guns, painted grey, given an S number … and an American flag.

This ragtag collection was the US Army Small Ships Section. Australian and New Zealand boats purchased, hired and requisitioned by the American Army to carry the troops and materiel needed to meet the Japanese advance along the north coast of Papua New Guinea.

Of every imaginable shape and size the fleet included elegant barquentines, ketches and schooners; solid fishing trawlers, tugs and barges; launches and speedboats; ferries, coastal freighters, the motor yacht of a Los Angeles entrepreneur, and even the Sydney showboat Koondooloo (S181). The crews were similarly irregular, made up of men unfit, too old, or too young for regular service in the Australian armed forces, all paid by and working for the US Army on 6 to 12 month contracts. Owner skippers often came with their vessels and collected crew along the way. Usually older and experienced, they had the know-how (and bravery) to keep their vessels going, and to navigate the shallow bays, reefs and estuaries of the tropics.

Vi Miller was the only woman in the fleet. She joined as paid cook and deckhand on her husband’s 15m fishing launch Sunshine (S67) when it was hired in Mackay QLD in July 1942, but was put off before leaving Australian waters. There was a scarcity of trained crew. The Australian government allowed the US Army to employ men over 45 years of age and 15-17 year old boys as crew, and the Americans opened the Apprentice Seaman’s School at Walsh bay in 1943, specifically to train 163 boys in sea craft under the tutelage of Arthur Morgan of the Volunteer Coastal Patrol. The fleet was eventually supplemented by another three thousand new vessels ordered from Australian boatyards by the US Army. But these first boats became the supply lifeline to the first American military action in New Guinea.

The Small Ships took men, food, medical supplies, ammunition, tanks, cranes, even pre-cut wooden wharfs (and on one voyage 50 live sheep) on the dangerous journey along the Queensland coast to Papua New Guinea. They sheltered by day under the cover of jungle estuaries, and delivered their cargo by night, returning with the wounded and the dead. Smaller boats remained in makeshift ports as transports and to deliver cargo to beachheads and along rivers.

Going in advance of the army, into a watery no man’s land, they were strafed and bombed by Japanese aircraft and were also easily mistaken for the enemy by American aircraft. The Timoshenko (S41) in company with King John (S13), both wooden fishing trawlers, arrived at Pongani PNG on the 17th October 1942 to carry out General Douglas Macarthur’s first amphibious operation against the Japanese. They were mistaken for Japanese boats and attacked by an American B-25 Mitchell bomber, killing 2 and injuring 18. On 16 February 1944 the Lorinna (S135) a big Tasmanian timber trader, was hit by a Japanese aircraft nicknamed ‘washing machine Charlie’ at Cape Gloucester, New Britain. Seven crew members were killed and 14 wounded.

The Small Ships followed the US Army through the Pacific War, island hopping from Papua New Guinea to the Solomon Islands, the Philippines and eventually to Okinawa, Korea and Japan. There were a few sets of brothers, one husband and wife, many itinerants, and at least one father and son in the Small Ships. Ernest A Flint Snr had served in the Boer War as a 13 year old Boy Drummer and in the Royal Navy during World War I. He joined the fleet in 1944 at the age of 58 as bosun on one of the new OL (Ocean Lighter) class multi-purpose ships built for the US Army by Australian shipyards. Ernest A Flint Jnr served on numerous vessels supplying the war in Papua New Guinea and all the way to Japan. Father and son met for only one day, in the Philippines, during their Small Ships careers. Ernest Jnr helped set up the Small Ships Association in 2003, and has been a champion of efforts to have their war service recognised by the Australian government.

The Small Ships Section was the brainchild of US Army Captain John Sheridan (Sher) Fahnestock. With his brother Bruce, Sher had led a small crew on two maritime expeditions to the south Pacific before the war. The first, 1934-1937, on Director, a three-masted 40m schooner, collected specimens for the American Museum of Natural History. The second, in 1940 on Director II, used an on board audio disc cutter and cables to microphones on shore, to record the indigenous languages and music of the islands. These recordings are now lodged in the Library of Congress and were released in 1994 as a music CD entitled Music for the Gods – The Fahnestock South Sea Expedition – Indonesia. The Fahnestocks also broadcast news from the expedition to the American public via the NBC radio network. Family friends of President Roosevelt, the brothers visited the President before their second expedition and it’s possible that they were secretly commissioned to reconnoitre Japanese activity in the South Pacific. Director II struck a shoal off Gladstone QLD in October 1940 and sank.

When the USA entered the war, Fahnestock proposed Mission X to General Douglas Macarthur. The scheme was to use requisitioned civilian vessels to supply the Army in the Philippines from the US mainland. His idea was that shallow draught small ships could navigate the tropics and be less conspicuous than big ships. After the Philippines fell, and Macarthur evacuated to Australia, Fahnestock immediately reactivated Mission X from US Army Headquarters in Melbourne in March 1942. The Mission later moved to the Grace Building in York Street, Sydney, which remained the HQ for the US Army Small Ships Section until 1947.

Armed with cash, contracts and legal authority to buy, lease or requisition vessels the Mission X team searched from Townsville to Adelaide and Hobart and across to New Zealand to secure seaworthy vessels and crew to do the huge job of transporting and supplying the US Army. In October 1942 the first orders were placed with shipyards around Australia for new vessels, which along with Australian Army and Navy orders, created a ship building boom for large boat builders in the capital cities, and tiny ship yards dotted around the coast in places like Ulladulla and Taree.

When movie star Gary Cooper visited New Guinea to entertain troops he recognised the lines of a grey motor yacht in Lae Harbour. It was Norab (S206), once one of the most elaborate private vessels in San Diego and now a hospital ship of the US Army Small Ships that ferried up to 100 stretcher cases and 70 walking wounded at a time. Cooper had often been a guest of its owner Baron Long on Hollywood parties to Mexico. Long had leased Norab to the Army for $1. The Hollywood connection doesn’t end there, in 1960; the exploits of the Small Ships were celebrated by Hollywood in the film ‘The Wackiest Ship in the Army’ starring Jack Lemmon and Chips Rafferty, followed by a TV series in 1965. It was, presumably by then, far enough away in time from the horrors of the war for the film to be a comedy (albeit with some tense moments). From the personal accounts of its veterans, life on the Small Ships certainly had its funny moments, but they were far outweighed by the tragedies they witnessed and the perils they encountered every day.

While working with the veterans of the US Army Small Ships and their families the museum has located some wonderful objects, many lent to us for the Mission X exhibition. Among them are a log book, navigation log, and sextant retrieved from the Helen Dawn (S56). While loaded with ammunition, the wooden fishing trawler from Ulladulla ran aground at Harigo on the PNG coast on Thanksgiving Day 1942 with US General Harding aboard. She was strafed and sunk by Japanese bombers the next morning. Skipper John Plumb, rescued his sextant (with shattered lens and bullet hole) and logbooks from the wreck.

There are souvenirs collected by Ernest A Flint Jnr and his father on their travels with the fleet. A model outrigger canoe from Madang, that was traded for two tins of Spam, a photo portrait and cap from a young Imperial Japanese Navy sailor pulled from the water at Demortis on the Lingayen Gulf, Luzon, Philippines during the Allied amphibious invasion of 10th January 1945, and a medal and scarf bought at a market in Yokohama.

An album of photographs by John Lyndon Sandery, skipper of Crystal Star (S8), Timoshenko (S41) and Kooraka (S4) is an extraordinary record of life on board the Small Ships and is the source of many of the large scale graphics used in the exhibition.