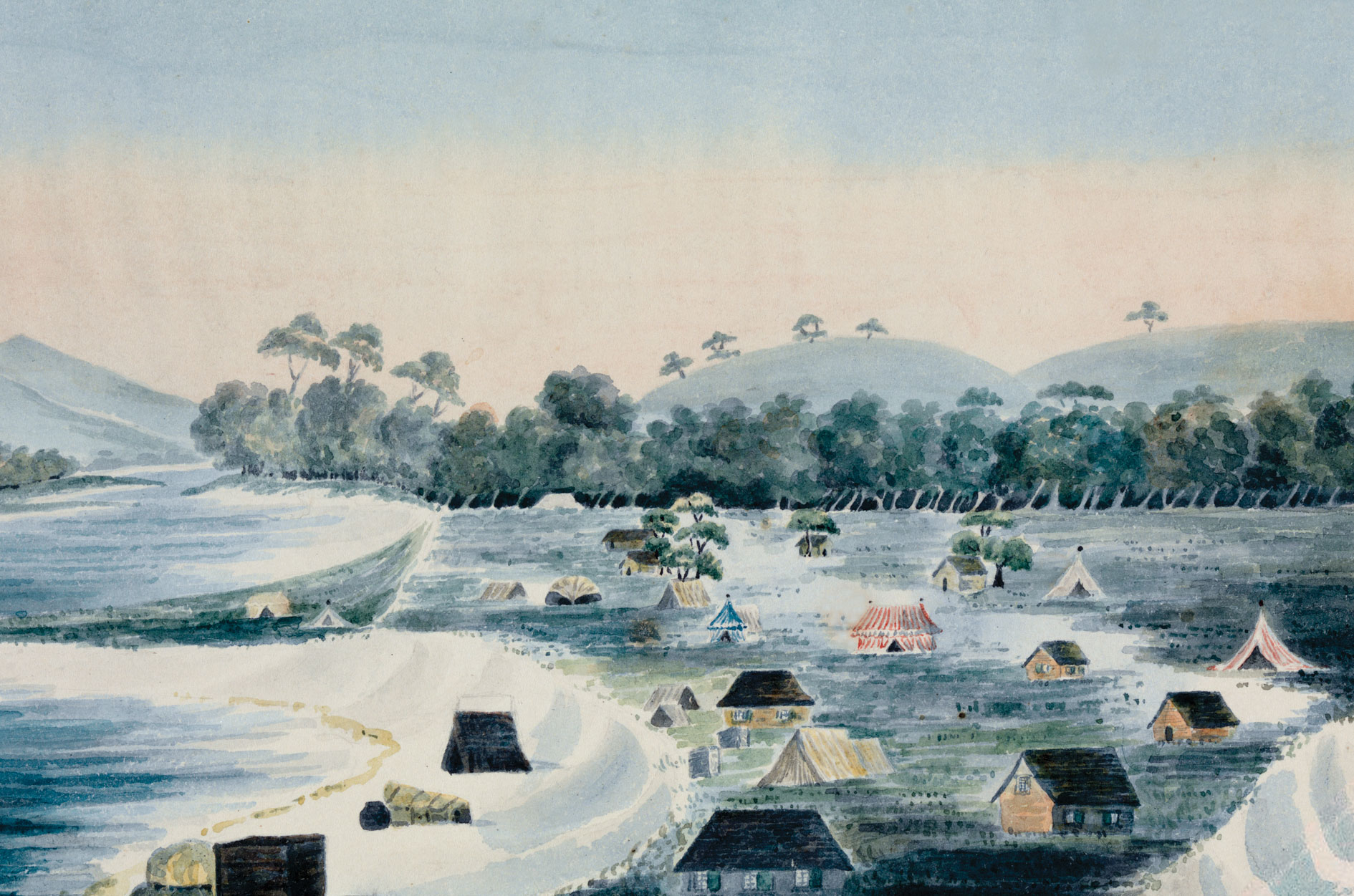 Home > Blog > Featured > Round the world and back again :: colonial journal returns to Fremantle

In 1829, young newlywed Mary Ann Friend embarked on a two-year voyage with husband Matthew Curling Friend, Captain of the Wanstead, stopping at the Swan River Colony in 1830. Mary Ann documented her seven week stay through diary entries and delicate watercolour paintings in a journal recently acquired by the State Library of Western Australia.

Mary Ann Friend’s diary is an important record of early colonial history in Western Australia. We are pleased it has been returned to where it was written, and specifically to Fremantle, which she illustrated with her watercolour paintings.”

The journal contains three unpublished watercolour paintings of Fremantle, some of the earliest images of colonised Western Australia. The journal has undergone careful conservation by library staff and its contents, including the watercolour images, have been converted into digital format.

Mary Ann’s journal gives insight into the experiences of many British women during this early colonial period, enduring long voyages while pregnant or with young children to then be faced with incredibly harsh living conditions upon arrival. Despite describing the town of Fremantle as resembling a “country fair” with “pretty white tents looking much like booths”, Mary Ann’s account provides a matter-of-fact description of the difficult conditions that consequently deterred the arrival of new migrants for the colony.

To see this rare piece of colonial history, visit the Mary Friend Journal Exhibition at the Western Australian Museum, Shipwreck Galleries in Fremantle. The exhibition runs until 3 March 2014. For more information on the exhibiton, click here.

Those interstate can view the original journal in PDF as well as a typed transcript online via the State Library of Western Australia’s online resources page.