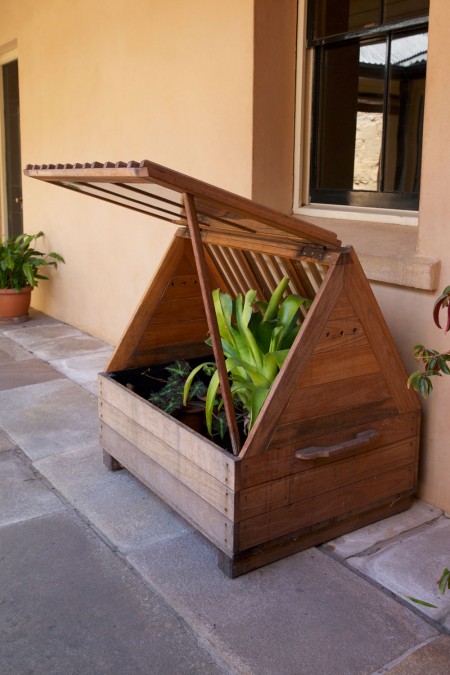 The revolutionary box that grew gardens. In London in the early 1800s a physician by the name of Dr Nathaniel Bagshaw Ward had a problem. Ward was a keen botanist and kept a collection of prized ferns in the courtyard of his home. The air in London at that time, however, was barely fit for breathing let alone growing delicate ferns so many of his treasures were killed by the coal smoke-filled air. In one of those fascinating moments that lead to outcomes disproportionate to the problem at hand, Ward made an observation. He noticed that in a corked-up bottle, a fern spore and a grass seed had germinated in a tiny bit of damp soil unintentionally sealed inside. After a couple of successful small-scale experiments to replicate this scenario, he had a carpenter construct a sealed and glazed wooden case and found that his ferns in this case thrived. This case was the forerunner of the terrarium. More importantly, Ward had created an environment that allowed plants and cuttings to survive being transported long distances. In 1833 his invention proved its worth when two cases of ferns and grasses survived the trip from England to Australia and then, much to the delight of English botanists, a number of Australian species survived the return journey. Dr Ward’s invention soon became known as ‘the Wardian Case’ and a revolution in the exchange of plants began. It’s fair to say it was the Wardian Case that made possible the reliable supply of many exotic ornamental plant varieties from all around the globe to the gardens of Sydney.