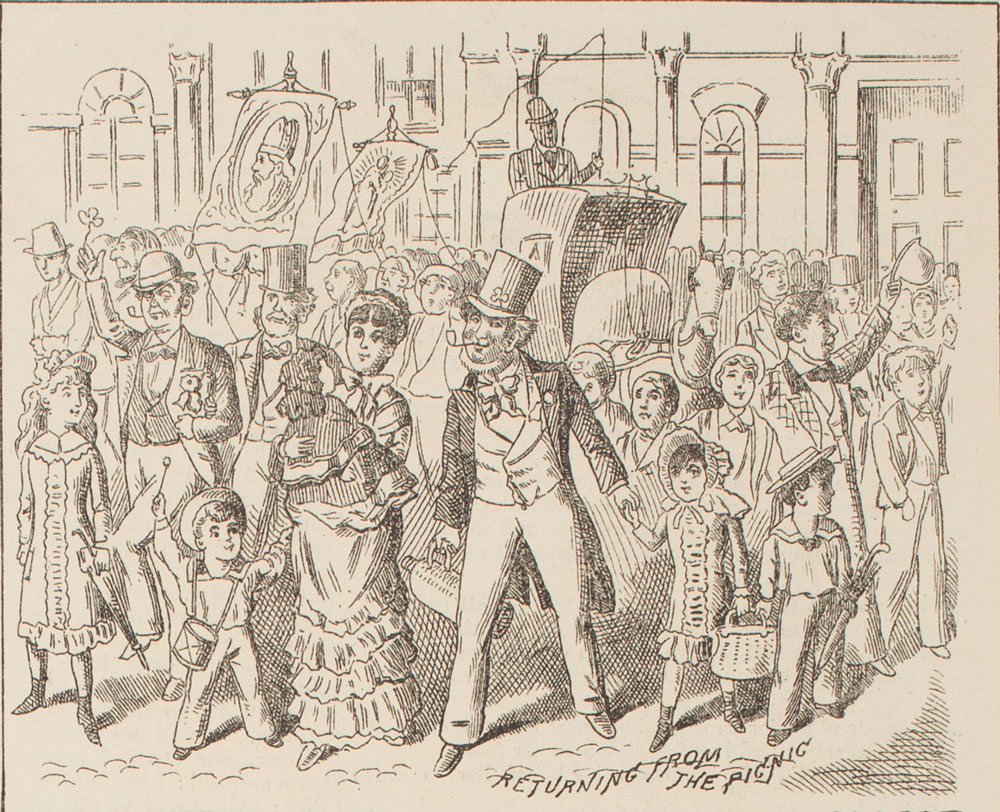 A new, free app called Old Irish Sydney, aiming to highlight the city’s rich Irish heritage, has been released in time for St Patrick’s Day. Compiled by the Dictionary of Sydney, with the help of local Irish and Irish-Australian historians, Old Irish Sydney offers a self-guided one-hour walking tour of the city’s streets and Irish past.

Whether completed in one hour or broken into two half-hour walks, the Old Irish Sydney app includes a GPS-enabled map of the route and its stops. Detailed text, vivid historical imagery and audio commentary – written and narrated by Irish actors – brings to life the stories of the Irish characters and buildings that have helped shape the City of Sydney.

The app reveals the history of 11 sites around the city, including the historic St Mary’s Cathedral, the intriguing Frazer fountain on St Mary’s Road, and a stained glass window at the State Library of NSW inspired by the Book of Kells. Another highlight featured in the app is The Irish Famine memorial in the Hyde Park Barracks, which commemorates the famine and dislocation of the Irish community, as well as the St Patrick’s Day Riot that occurred in Hyde Park in 1878.

“Our aim is that, through this app, more people will become aware of the very strong Irish heritage and history of this wonderful city,” she says.

The Old Irish Sydney app, funded by the Irish Government’s Emigrant Support Program, is available for free download now from Google Play and soon on the Mac App Store.

You can find out much more about Australia’s Irish heritage in the 2013 Irish edition of Inside History, issue 16. Click here to buy or have a sneak peek inside – click here for a free extract.