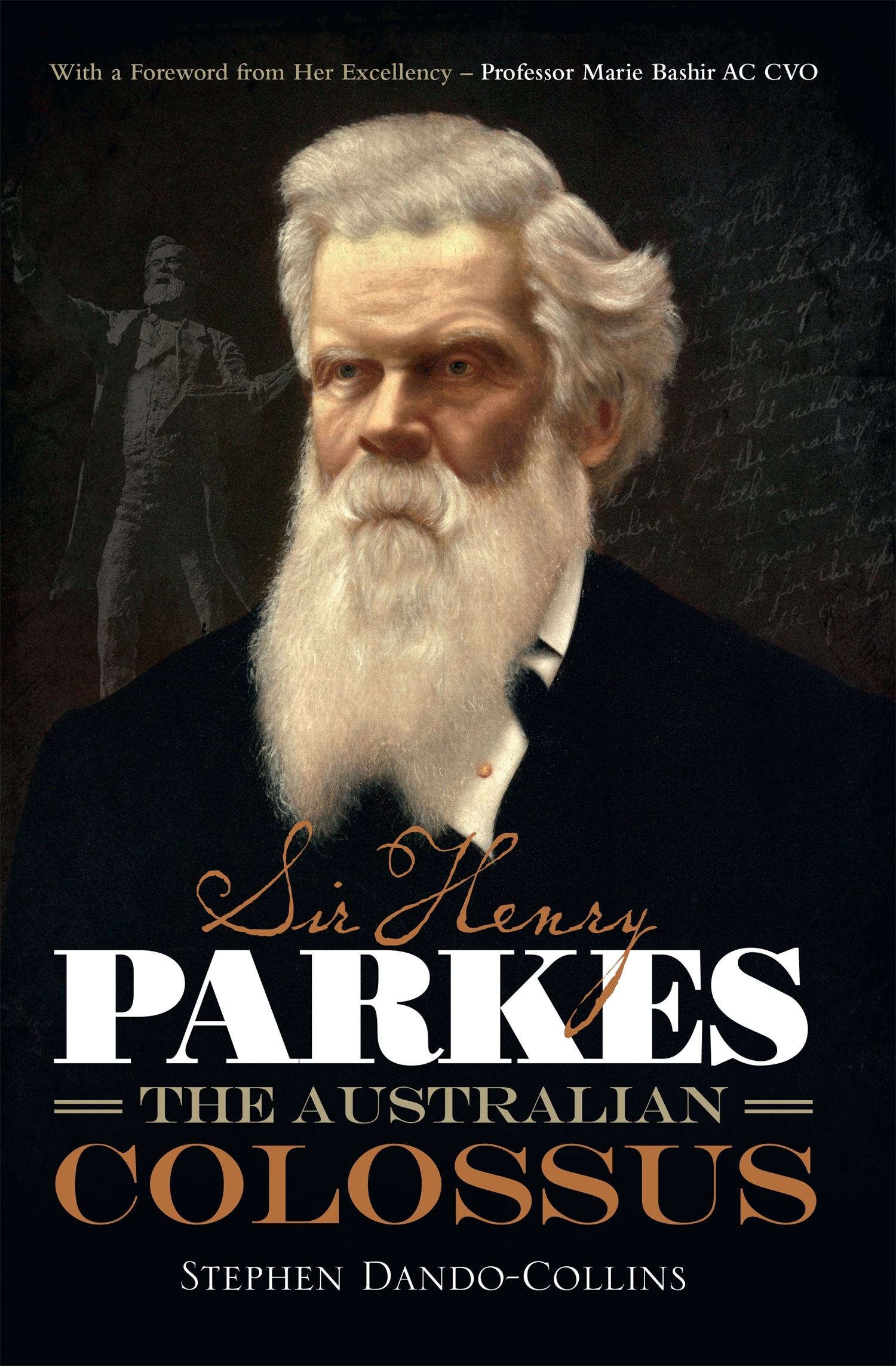 Home > Blog > Featured > Who was the Father of Federation? We talk to Stephen Dando-Collins on Sir Henry Parkes

Sir Henry Parkes, the “Father of Federation”, was one of Australia’s most important and controversial political figures. Five times Premier of New South Wales, his broad sweep of political and social reforms made a huge contribution to the shaping of our nation yet most Australians know little, if anything, about him. A new book by award-winning author Stephen Dando-Collins seeks to change that. Paula Grunseit reports on Sir Henry Parkes: The Australian Colossus.

Stephen Dando-Collins says that he knew little about the life of Henry Parkes. “Like most people, I knew that he was called the “Father of Federation” but that was about the extent of it.” “Until I started researching the period and the man, I didn’t realise what a struggle it had been for him to get Federation over the line. He wasn’t there to see it; he died four years before it was introduced but he was talking about Federation in 1867, long before it actually happened. And the resistance he encountered from his own political associates, let alone the opposition, was astounding.”

In the history of modern Australia, few individuals can command the heights of respect and gratitude owed to Sir Henry Parkes.

As the Governor of New South Wales, Professor Marie R Bashir AC CVO says in the book’s foreword: “In the history of modern Australia, few individuals can command the heights of respect and gratitude owed to Sir Henry Parkes.” Dando-Collins agrees. “We have so much to thank him for — from education to health to the fact that we are one unified country today. They’re the things we take for granted. I don’t think we can assume that somebody else would have done these things if he hadn’t.

And Australia may well have been a very different place without him says Dando-Collins. “I contend that were it not for Parkes, Australia today would be much like South America — a large continent full of a lot of separate countries fighting amongst themselves with nothing much in common except language.”

To mention merely a few of his numerous achievements, Parkes introduced the ground-breaking and highly controversial Public Schools Act which provided for the establishment of state schools, run by state-trained teachers. This had a huge impact on the funding and curriculum of religious schools. “The Church schools particularly on the Catholic side never forgave him”, says Dando-Collins. Parkes also reformed the health system by contacting Florence Nightingale in London and asking her to handpick a team of four trained British nurses to be sent to Sydney to establish what became the foundation of a nurse training scheme in New South Wales. He also petitioned against convict transportation, actively supported women’s suffrage, was a pioneer of mental health care and established the Royal Commission into Rabbit Destruction to tackle Australia’s rabbit plague.

Aside from his stellar political career, Parkes was a fascinating man. “The personal side of the man intrigued and surprised me”, says Dando-Collins. Before coming to Australia as a free immigrant, Parkes had a tough start going to work at a young age when his father was sent to debtor’s prison. He had many different jobs, married three times, fathered seventeen children and took a mistress late in life who was many years his junior. He was a poet, journalist and editor and ran the Empire, a newspaper he established in direct competition with Fairfax. He corresponded with Dickens, Tennyson and Mark Twain and as a failed businessman, went bankrupt three times with debts in total of approximately twenty million dollars in today’s equivalent.

I really wanted to reveal the man for all to see. Despite his failings, Parkes is a fabulous character, a visionary unlike any we’d seen before or probably since.

“I actually had nightmares when I was writing this book”, says Dando-Collins. “I’d be researching a particular aspect of his life, his personal finances for example. They say that a wise man learns from his mistakes and Parkes was in many ways a wise man but when it came to his own personal business he kept making the same mistakes over and over again. I would wake up saying “No Henry! Not again!” Professor Bashir suggests that Parkes may have suffered from manic depression; he certainly lived a rollercoaster of a life.

While Dando-Collins likes to use a variety of research sources, two factors were paramount while researching the life of Parkes. One was the fact that as his third wife said, Parkes kept everything, even envelopes. “There’s a wonderful collection of his letters at the Mitchell Library”, the author says. “I love going there — it’s like going on a treasure hunt you never know what you’re going to find. TROVE was the other factor. “When I first started researching this book”, he says, “TROVE didn’t exist so I physically trawled through screens and screens of microfilm. It takes ages and because there’s no search capacity you don’t really know what you’re looking for. I commend TROVE to anyone”, he says. “It’s a wonderful resource and I commend the National Library for putting it together.”

So why is it that Parkes, the “Australian Colossus”, seems to have been forgotten or neglected by historians? Dando-Collins is not sure but it certainly inspired him to write this biography and he hopes the entertaining read will spark interest in the lead up to the bicentenary of Parkes’s birth in 2015. “I don’t know. Is it because we don’t treat our Australian history very well? Ask the vast majority of people in the street to name our first three Prime Ministers. Most would struggle. There’s not much interest there but these are interesting people”, he says.

While earlier biographers of Parkes focused on “the politics more than the man”, Dando-Collins wanted to present a more complete portrait of this complex and brilliant figure. “Geoffrey Robertson QC [who has a connection to Parkes via a relative who worked for him] describes the book as a “warts and all biography” and that was my intent”, he says. “I really wanted to reveal the man for all to see. Despite his failings, Parkes is a fabulous character, a visionary unlike any we’d seen before or probably since.”