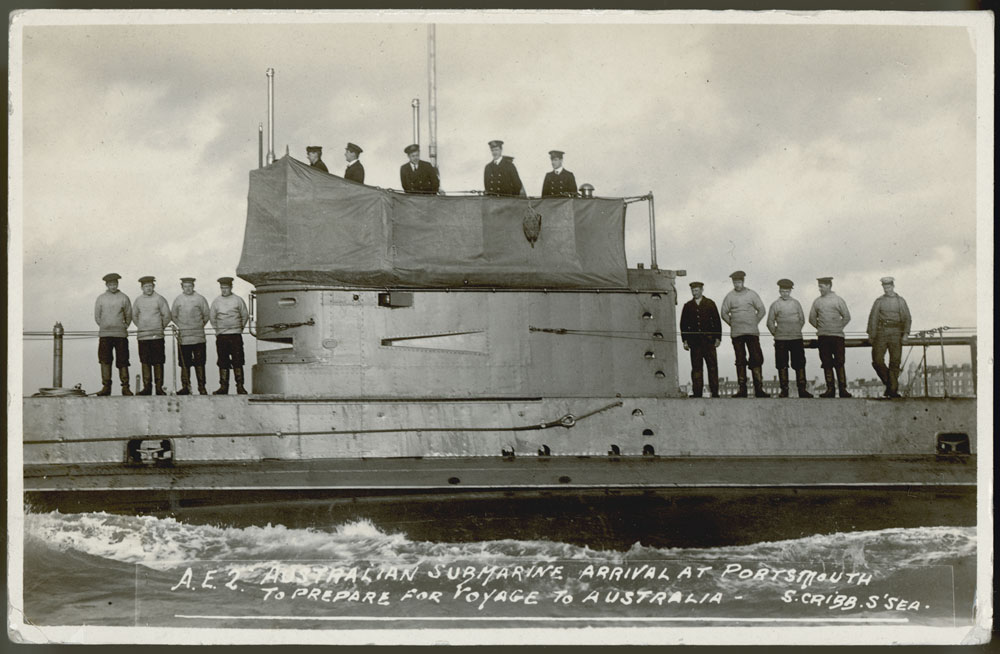 In the latest issue of Inside History magazine, Dr Steven Gapps, an Australian National Maritime Museum curator, takes a look at the Gallipoli campaign of the AE2 submarine as captured in Petty Stoker Officer Henry Kinder’s fascinating accounts.

Immerse yourself in the deep seas and read about Australia’s fledgling navy during World War I through Kinder’s eyes. Learn about the unique trials they faced, and the combined effort of Australian-Turkish teams to reconstruct the past and preserve the remains of the AE2 where it lies, undisturbed, at the bottom of the Sea of Marmara.

Henry Kinder served the Royal Australian Navy during the early parts of the war, and his account of his time aboard the AE2 provide a unique and vivid account of their role in Gallipoli. Described by Dr Gapps as a “campaign overshadowed by events onshore”, the war encounters of the AE2, and the lives of the sailors aboard, prove to be dramatic and eventful.

Considered “experimental” and not necessarily the safest vessels, sailors who worked on the submarines were also assigned a negative stigma for joining a forced deemed “damned un-English”, according to Admiral Sir Arthur Wilson VC. Despite this, the submarines ended up playing a significant part in the war, and Kinder’s accounts shed some light onto life aboard a war submarine.

Directed to the Mediterranean, the AE2 was tasked with wreaking havoc among the Turkish shipping in the sea of Marmara, and to attempt delaying reinforcements from eastern Turkey from crossing the Gallipoli peninsula.  It would prove to be a dangerous mission. Here is a vivid excerpt from Kinder’s diary:

The captain ordered the boat to be taken to 80ft [24 metres] so as to be well clear of any shipping or floating mines which float about eight or nine feet under the water. Our greatest danger was running onto banks or getting entangled in wire hawsers…. We were approaching the place marked on the chart where there were two stationary mine fields, each containing nine rows of mines. Mines are one of the most dreaded things in submarines. It was not pleasant to know that we had to face eighteen rows of them.

Kinder’s story brings a human element to these events, and Dr Gapp’s analysis help contextualise and take apart the impact of these events to the greater narrative of the First World War.

Read more about the fate of Henry Kinder, the AE2, and the submarines of the RAN during World War I in the latest issue of Inside History magazine.