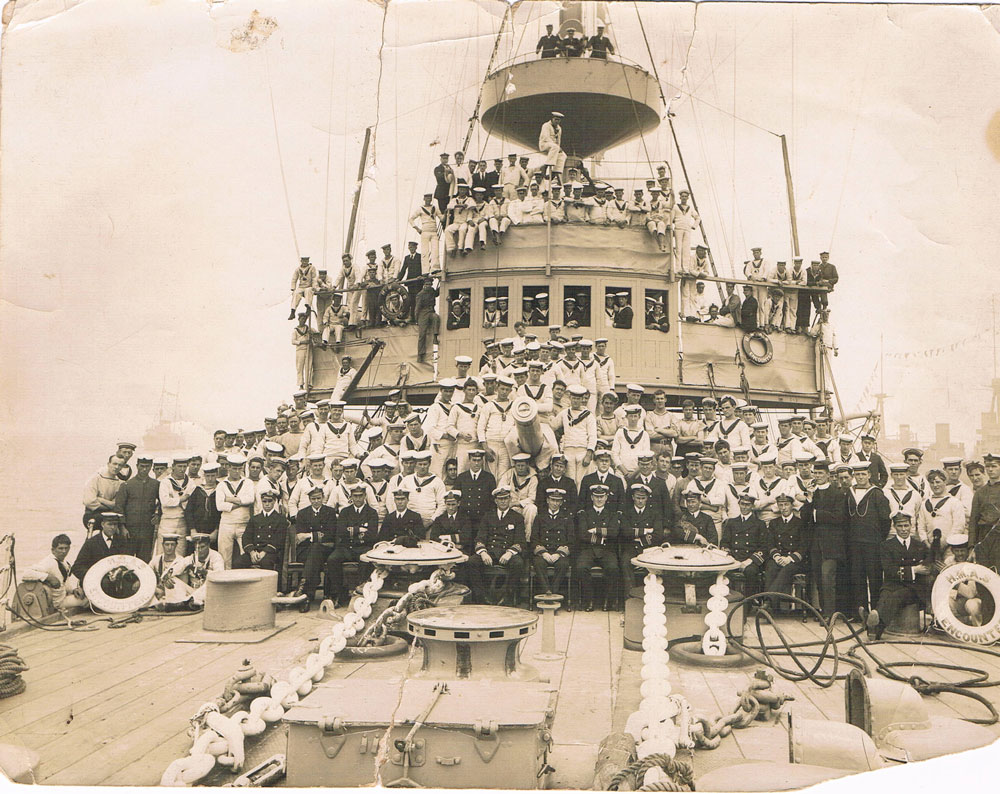 Just five weeks after the First World War was declared, Australian forces were involved in a skirmish in German New Guinea – one of our earliest episodes of the war – that remains relatively unknown today. Here, Greg Raffin, recipient of the 2005 Premier’s Military History Scholarship, shares the long-overlooked story.

On 11 September 1914, a small group of the Australian Naval and Military Expeditionary Force (AN&MEF) landed at the Kabakaul jetty, near Rabaul in German New Guinea. They began to move cautiously down the Bitapaka road in search of a German wireless station.

Their aim was to destroy it and other wireless stations on nearby islands, such as Nauru and the Solomons, in the southwest Pacific. These bases were crucial to the successful operation of the substantial German Pacific fleet led by Rear-Admiral von Spee on the flagship Scharnhorst.

This was the first time that the fledgling Australian federal government had sent a force, which had been raised, equipped, trained and led by Australians, into battle. It was a mere five weeks after war had been declared and some seven months before the Gallipoli campaign. I would argue that it was indeed our “baptism of fire”.

In fact, this little-known campaign can claim a significant number of “firsts” – I can think of 15 in total.

Our first decoration for bravery came that very day when Lieutenant Thomas Arthur Bond of the Royal Australian Naval Reserves (RANR) was awarded the Distinguished Service Order (DSO) for coolly disarming some German troops. It was also the first amphibious landing by Australian wartime forces; these men were our first jungle fighters.

Much debate has occurred as to who were the first Australian casualties of World War I (wearing an Australian uniform). There is no doubt that our first wounded was Billy Williams (RANR). Williams died of those wounds some five hours later.

In the interim John Courtney (real name John Walker) was shot and died almost instantly. It is my view that he was Australia’s first “killed in action” of the Great War.

Also on that fateful day Lieutenant-Commander Charles Elwell (on secondment from the Royal Navy) died, with sword in hand, leading the first bayonet charge by Australians against Germans entrenched on their own territory. Little did anyone realise that this tragic situation would be repeated thousands of times at places like Gallipoli and the Western Front.

The successful completion of this campaign, which the British government had ‘suggested’ to the Australian government, meant that those troops leaving our shores for places such as Gallipoli faced fewer perils whilst in transit. This small campaign also had significant ramifications for the Australian government over the ensuing decades. It had been charged by the British to administer the captured territories for the duration of the war (a pseudo-colonial role). This involvement continued in various forms until New Guinea was declared an independent entity in 1975.

The research process
However it was none of these aspects that stirred my curiosity in this all but unknown campaign. As a teenage schoolboy I picked up my history textbook which told me that a few weeks after World War I was declared, six Australian personnel were killed on the Bitapaka Road, near Rabaul, German New Guinea. After this brief mention the next three pages were devoted to the Gallipoli campaign.

For several decades I wondered who these six men actually were and so after retiring from my career as a history head teacher I decided to research the campaign and find out. Once I had decided to ‘scratch the itch’, I found I was involved in a task from which I could not walk away. My research culminated in the publication of a book called Australia’s Real Baptism of Fire: Heroes known only to a few.

When launching my book on Remembrance Day 2013 at the Anzac Memorial in Hyde Park, Sydney, Sir Peter Cosgrove (who was then the Chairman of the NSW Committee for the Centenary of Anzac) said:

“I could fire a cannon, now, down George Street, during peak hour and I guarantee that I would not hit more than a handful who even know that Australians fought in New Guinea during World War I.”

(He was also kind enough to write a glowing foreword for my book.)

Not only did I find out the identity of those six men, I also learnt that just three days after the main hostilities on 14 September 1914, the Australian submarine, AE1, went missing and its 35 occupants were never seen again. The AN&MEF had not been acting in isolation and, in fact, had been accompanied by almost all vessels of the newly-formed Royal Australian Navy. Starting on 13 November 2015, an internationally-funded organisation will conduct a search for the missing submarine off the coast of York Island (PNG).