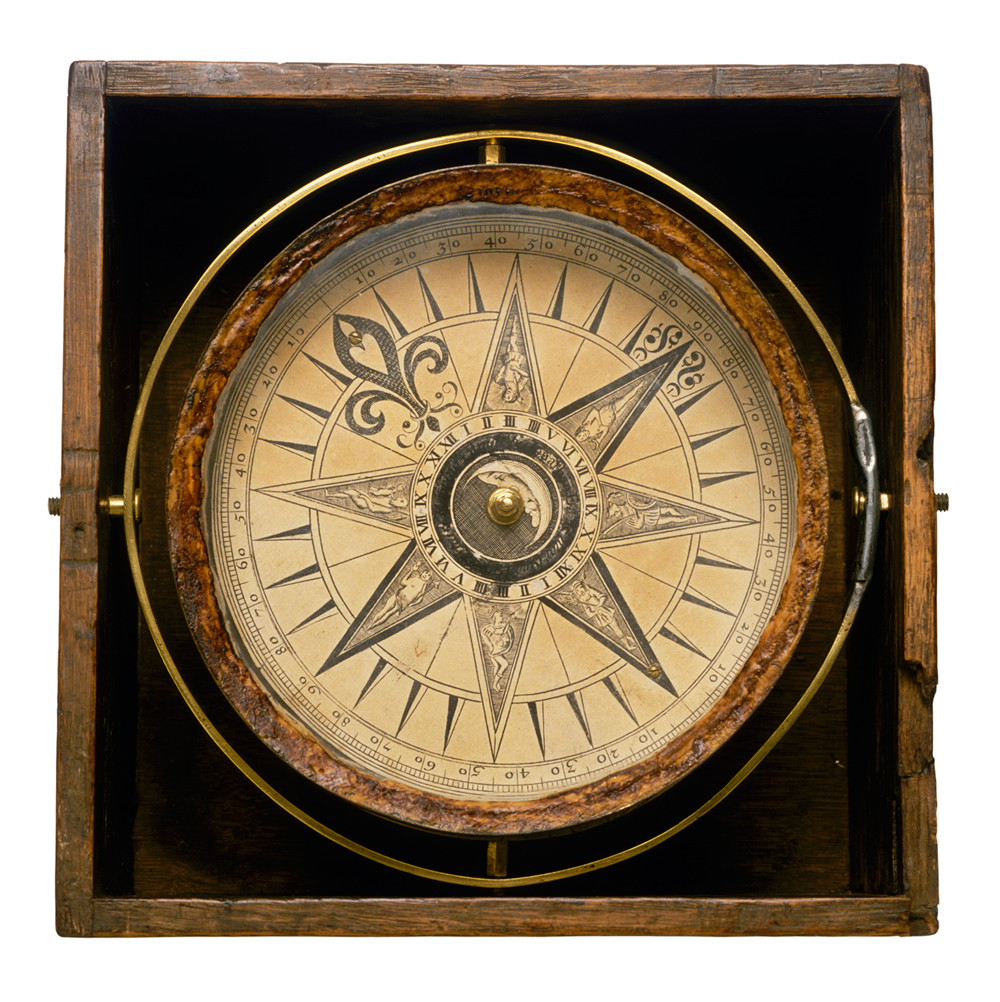 It was a mystery that eluded the best scientific minds for centuries — how to find longitude so ships could accurately plot their course across the seas. David Payne, a curator at the Australian National Maritime Museum, looks at the museum’s new exhibition Ships, Clocks & Stars, and traces the twists, turns and skulduggery that makes the discovery so fascinating.

Longitude is your location in an east to west direction around the world and it can be determined at any point on Earth just by using time. By calculating the difference between the time at your location and the time at another known location, you can locate your longitude. It’s such an elegant solution: two timepieces, the difference between the two times and you know where you are. But remember longitude is not a point, it’s only a line running north to south, and you are somewhere on that line.

The history of this simple idea being accepted is full of practical clock-making difficulties that had to be overcome so that clocks could be reliable at sea. Then there was the competition that came from complicated celestial calculations and some completely mad ideas that were promoted by other interests.

Much of this comes to life in the exhibition Ships, Clocks & Stars, on show at the Australian National Maritime Museum (ANMM). So named because at the end of the Renaissance, ships were square rigged, not very manoeuvrable and hard work to sail, and when they sailed out into the open ocean, they were unable to locate their east/west position with any degree of certainty, facing the ever-present danger of shipwreck. Clocks worked on land, but it took a genius with perseverance to create the timepiece needed for reliable use at sea. Stars — the ones that could be seen — all had names, but there were problems in observing the positions of stars, the planets and the sun accurately.

Then, calculating their locations relative to Earth to help find your own location was a tedious task. Locating your longitude can be considered a relatively modern problem in the story of human travels, and universal agreement on how to plot it on a chart was only established in the 1840s.

For generations, sailors from many seafaring locations had kept largely to the coast, and if they were out of sight of land it was only for a short period.

From the 15th century onwards, locating a ship’s longitude at sea became a significant issue for the largely European sailors making passages on trade routes to and from domains still relatively new to them.

They had begun to traverse the major oceans using routes that ventured well out of sight of familiar landmarks. They had charts, but locating accurately where they were on the chart when there was no land in sight to relate to presented a problem. There were reliable ways of determining latitude, the location north or south of the equator.

But how far the ship had travelled east or west along a line of latitude was a matter of ‘dead reckoning’, an estimation made from poor and often unreliable sources of information. The concern was heightened by the obvious danger of grounding on known but distant continental or island shores, and other hazards that were on (or not on) the chart, and might be just beyond the horizon.

Let’s not forget some of the other passage-makers in open waters, notably the Polynesians, whose concept of navigation was not in terms of a grid of longitude and latitude. They understood their location from the stars in the sky, which to them was a chart on display every night. By putting themselves directly under a star and heading with the wind along that star’s line, they could keep to a known course.

They also used estimations of speed to figure out how far they might have travelled, but in addition they had accumulated generations of knowledge from observation of the wind, waves and environment to pick up signs of land well in advance of it appearing. They were less concerned about always knowing an exact point in the ocean and were able to recognise signs of land even though it was not visible. The knowledge was passed on, and with confidence they sailed their own highways between islands, navigating from the deck with their chart surrounding them, and the key to unlocking it in their head.

The sailors of the early modern period did not possess these observations and abilities to the same degree or with the same confidence, especially in unfamiliar territory. The Renaissance brought humans many steps forward in technology and sailors were becoming more reliant on scientific instruments linked to tables of calculations, along with charts divided by grid lines and points marked by intersections.

Their approach to the longitude problem was to seek a solution that was increasingly worked out below decks with pen and paper.

A number of proposals were put forward to locate longitude, and the clearly mad ones — such as using lightships anchored at close intervals across oceans — were easily dismissed. It was possible in theory and in practice on land to estimate longitude using tedious and complicated calculations from celestial observations of Jupiter’s moons, but this was not practical at sea.

Other celestial-based solutions were considered, but these could all yield potentially unreliable results even assuming no mathematical mistakes were made. A favourite method in many quarters was lunar distance, relying on observations of Earth’s moon. It took decades of work to understand the moon’s pattern of movement to a point that the predictions could be considered even reasonably reliable. As well, until the octant and sextant were refined further, it was impractical to accurately measure the angles needed for the calculation.

In parallel with this determination to use the stars or the moon, the solution through the use of clocks was well enough known. It had been brought up in the early 1500s, and periodically resurfaced. The easier part was telling the time where you were even without a timepiece. This could be done reasonably accurately with existing technology — observing the sun and noting when it was briefly at its highest point in the sky enabled you to calculate midday at your location. The problem was the second element needed — carrying the time of day from another location with you. What was needed was a timepiece that remained accurate to the second for a very long period — many months was desirable, but a couple of years was the ultimate goal.

The solution came in a series of timepieces designed and built by John Harrison. The Yorkshire-born clockmaker had to overcome a wide range of practical problems due to materials, the mechanical actions of the machinery, the marine environment, and the outside influence of the ship’s rapid and seemingly random movements — all aimed at a timepiece that maintained a regular, even beat for each second.

Meanwhile, as he perfected his clock-making approach, both the tables and instruments needed for lunar distance were coming together in a usable manner as well, and the competition between the two was exacerbated by the 1714 Longitude Act that had offered a substantial reward for an acceptable solution. Along with the fortune waiting to be claimed were the inevitable politics, personalities and pride as people fought to be that winner. All these elements served to make the route to the final solution contorted, poisoned and frustrating for all involved.

In the face of this Harrison persisted and perfected over five decades. The first three of his timepieces were bulky, and while they worked in theory, fundamental flaws prevented them from working consistently on a ship. And they looked awkward relative to his timepiece from 1759, known as H4 — the breakthrough instrument that was really a big watch.

This original, plus three replicas of his earlier instruments, are among the highlights of the ANMM exhibition. H4’s size and accuracy and the subsequent nautical timepieces that followed — known as chronometers — finally made time differences a practical method for calculating a meridian of longitude. The ships had their clocks, and the clocks were set to one star — the sun.