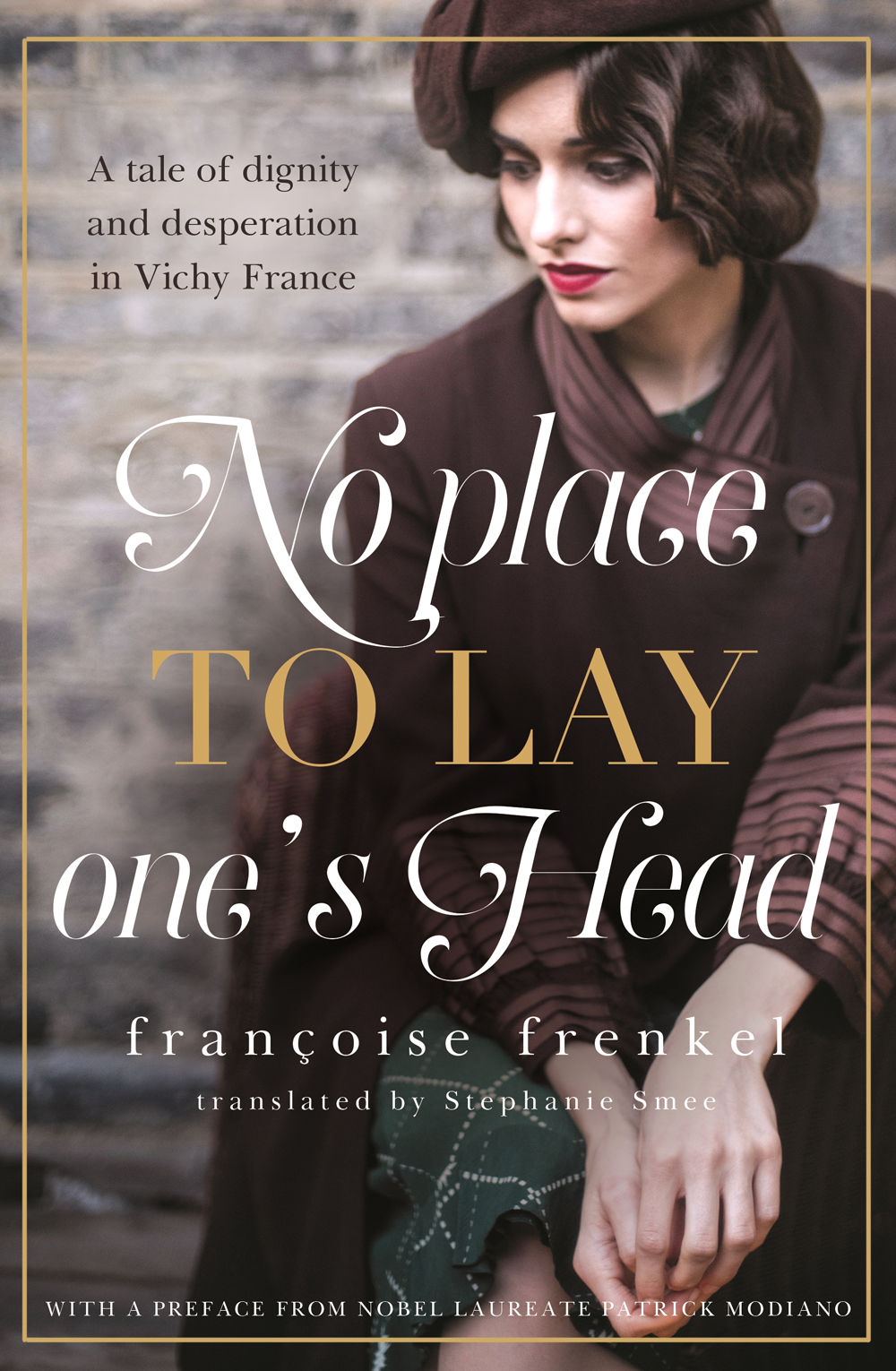 Home > Blog > Featured > No Place to Lay One’s Head: An Extract of a Forgotten WWII Memoir

No Place to Lay One’s Head is a memoir written by Françoise Frenkel, a Jewish woman born in Poland, detailing her attempts to escape the horrors of the Second World War and Vichy France.

Originally published in 1945, the text was largely forgotten until 2010 when a copy was rediscovered in an attic in the south of France. The book is now translated into English for the first time by Sydney-based translator Stephanie Smee. Here, in the book’s preface, French novelist and Nobel Prize winner Patrick Modiano shares his insights into the book and its mysterious writer.

The copy of No Place to Lay One’s Head that was recently found, I’m told, in Nice, in an Emmaus Companions charity jumble sale, had a curious effect on me. Perhaps because it had been printed in Switzerland in September 1945 for Geneva-based publishers Jeheber. That publishing house, now defunct, had in 1942 published L’aventure vient de la mer, a French translation of Daphne du Maurier’s novel Frenchman’s Creek, published in London the previous year, one of those English or American novels banned by the Nazi censors but sold covertly and even on the black market in Paris under the Occupation.

We don’t know what became of Françoise Frenkel following the publication of No Place to Lay One’s Head. At the end of her book, she recounts how in 1943 she smuggled herself across the border into Switzerland from Haute-Savoie. According to the note at the end of the foreword, she wrote No Place to Lay One’s Head in Switzerland ‘on the shores of Lake Lucerne, 1943–1944’. Sometimes strange coincidences occur: in a letter sent by Maurice Sachs a few months earlier, in November 1942, from a house in the Orne where he had taken refuge, I happen upon the title of Françoise Frenkel’s book in the course of a sentence: ‘It appears it’s rather my path, if not my fate, to have no place to lay my head.’

What was Françoise Frenkel’s life like after the war? These are the scarce pieces of information I have been able to gather about her thus far: she recalls, in her account, the French bookshop she had established in Berlin in the early 1920s — the only French bookshop in the city — and which she apparently managed until 1939. In July of that year, facing imminent danger, she abandons Berlin in all haste for Paris.

But in Corine Defrance’s study ‘La Maison du Livre français à Berlin (1923–1933)’ we learn that she ran this bookshop with her husband, a certain Simon Raichenstein, about whom she says not a word in her book. This phantom husband is supposed to have left Berlin for France at the end of 1933 under a Nansen passport. It seems identity papers were denied him by the French authorities, who issued him with a deportation order. But he remained in Paris. He was taken from Drancy to Auschwitz in the convoy of 24 July 1942. He had been born in Russia, in Mogilev, and it appears he lived in the 14th arrondissement.

We find a trace of Françoise Frenkel among the State Archives of the Canton of Geneva in the list of persons recorded at the Geneva border during the Second World War; that is to say, those who were granted permission to remain in Switzerland after crossing the border. That list provides us with her true full name: Raichenstein-Frenkel, Frymeta, Idesa; her date of birth: 14 July 1889; and her country of origin: Poland.

One last trace of Françoise Frenkel, 15 years later: a compensation claim in her name dated 1958. It refers to a trunk she had left in the ‘Colisée’ storage repository at 45 Rue du Colisée in Paris in May 1940, and which was confiscated on 14 November 1942 on the grounds it was ‘Jewish property’. In 1960, she is awarded compensation in the sum of 3500 marks for the despoliation of her trunk.

What did it contain? One coypu fur coat. One coat with an opossum collar. Two woollen dresses. A black raincoat. A dressing gown from Grünfeld’s. An umbrella. A parasol. Two pairs of shoes. A handbag. An electric heat pad. An Erika portable typewriter. A Universal portable typewriter. Gloves, socks and handkerchiefs . . .

Do we really need to know more? I don’t believe we do. What makes No Place to Lay One’s Head unique is that we cannot precisely identify its author. This eyewitness account of the life of a woman hunted through the south of France and Haute-Savoie during the Occupation is all the more striking in that it reads like the testimony of an anonymous woman, much as A Woman in Berlin — also published in Switzerland in the 1950s — was thought to be for a long time.

No Place to Lay One’s Head by Françoise Frankel, translated by Stephanie Smee (Vintage Australia, $34.99) is out now