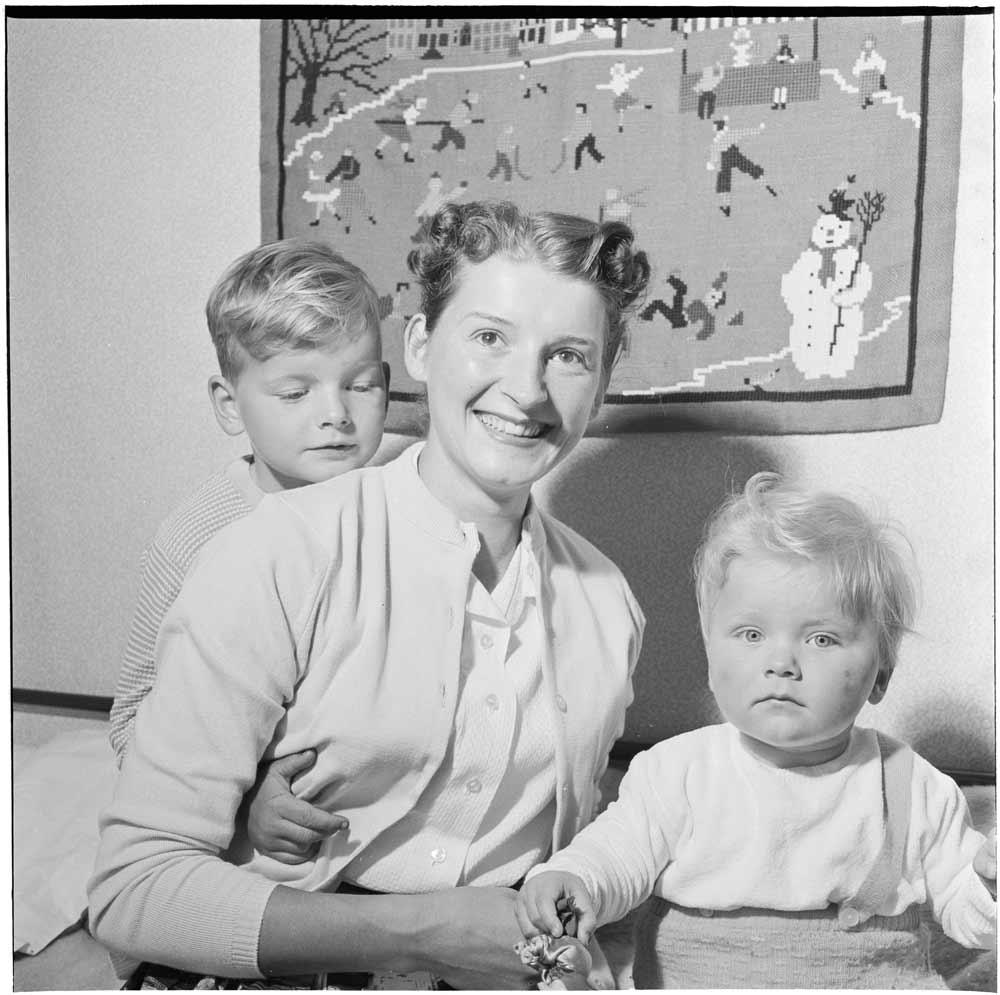 If you or your family were snapped arriving in Australia after World War II, the pictures might feature in the National Archives of Australia’s recently refreshed website Destination: Australia – sharing our post-war migrant stories. Following an exciting makeover and ‘refresh’ of the website, you can also search and filter the records, photographs and stories on Destination: Australia — and share your family’s migration experiences.

Launched in 2013 by former prime minister Julia Gillard, Destination: Australia is a photographic showcase of Australia’s rich immigration history. The website highlights more than 21,000 photographs of migrants from various countries who arrived at different ports around Australia between 1946 and 1999.

Destination: Australia enables you to upload your own photographs and stories of migration to Australia — adding that all-important personal dimension to the official narrative of the Archives’ collections, and your own family’s story to the broader puzzle of immigration history.

This year, a refreshed ‘look and feel’ for the website, as part of the Archives’ improvements to digital access to migration records, means you can search, filter and sort the fascinating photographs and stories of Destination: Australia more easily across desktop, tablet and mobile devices.

Beyond the photographs
The vast collection of 21,000+ photographs on Destination: Australia were taken by government photographers as part of a campaign to attract new migrants and promote the government’s migration and settlement activities.

But not all of those featured have complete captions nor even the names of everyone in the shot.

The National Archives hopes those who featured in the photos (or family and friends who knew them) will be able to fill in the details about unidentified people and places. Visitors to the website can search using family names, places of origin, ports of arrival, migrant hostels, or other terms which may help identify a group of friends.

‘We also hope that other migrants who aren’t featured in the photos will add their own stories about arriving and living in Australia,’ said program manager Michelle Hughes. Michelle is part of the team who created two exhibitions on immigration to Australia. A Ticket to Paradise? and A Place to Call Home? are currently touring across the nation.

Stories of chain migration
One moving story featured on the Destination: Australia website is that of Antonia Bellomarino, who was the 250,000th Italian migrant to Australia. When she arrived in Melbourne with her husband Renzo and their children Luigi (6) and Claudia (2) in 1963, the family was given a celebrity-style reception.

Official photographers had taken more than 40 black-and-white and colour photographs of the Bellomarino family’s journey to Australia.

The population of Italian-born migrants in Australia peaked nearly 10 years after the Bellomarinos’ arrival. In 1971, 290,000 people were listed as having been born in Italy.

‘Chain migration was the primary form of migration for Italian immigrants,’ explained Michelle. ‘Those already living in Australia would sponsor family members and friends to also settle in the country. This provided many new migrants with a ready-built community to help them settle, find work and maintain cultural links.’

Adriana and Cornelis Zevenbergen were other celebrity arrivals whose story features on the website. They arrived in Australia in 1958 with their young children Kees (4) and Addo (1) after Adriana had been chosen to carry the title of Australia’s 100,000th Dutch migrant. Official photographers took more than 100 photographs of the family at home in the Netherlands and after they arrived in Melbourne.

Migrant ambassadors
The website also tells the story of Vassiliki Daflou, who became an ambassador for an Australian government campaign to encourage Greek women to migrate to Australia.

Greek migrants make up the third largest migrant group to come to Australia after the war, after the British and the Italians. A large number of Greeks travelled through the assisted migration agreement between the Australian and Greek governments.

Initially the assisted passage programs favoured the migration of Greek men, who provided much-needed labour in rural and urban areas. But, by the 1960s, the Australian government began to address the growing gender imbalance by actively recruiting single Greek women to come to Australia to work as domestics. Vassiliki, who applied to migrate to Australia in June 1960, was a perfect candidate for such a campaign.

Before she left Greece, she was photographed at home in Epiros, Greece, with only basic cooking amenities. She was later snapped in Sydney enjoying all the modern conveniences Australia had to offer, including a gas stove. This was part of the campaign to show that Australia was an attractive destination.

But not everyone photographed was a celebrity or part of a campaign. The vast majority were average immigrants from many parts of the world, simply seeking a better life in Australia.