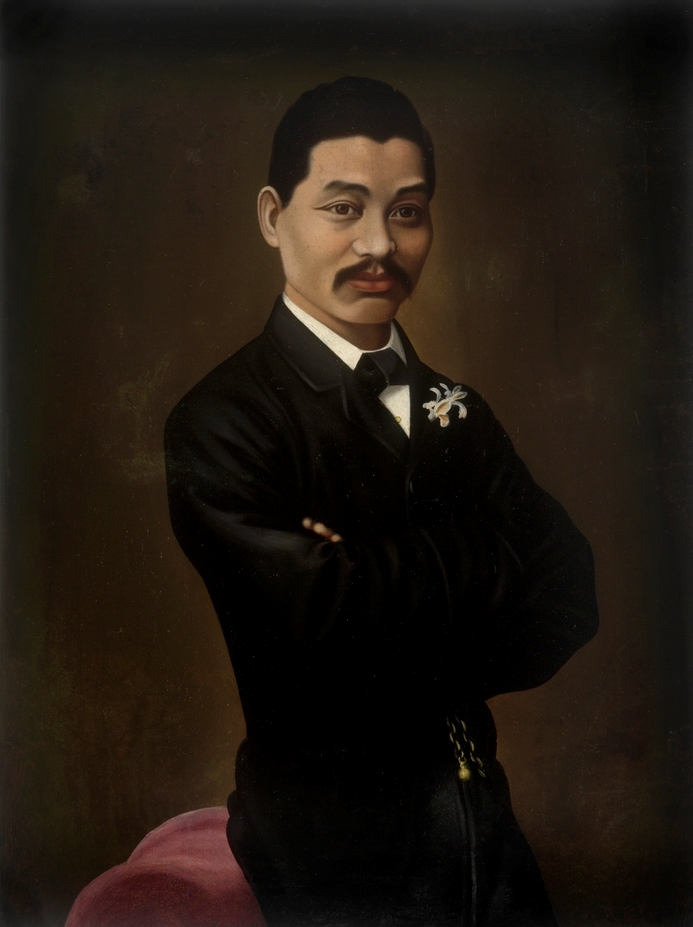 Every week here at Inside History, we have the privilege of hearing dozens and dozens of wonderful stories from our readers’ family histories. These snapshots of long-gone people and bygone eras may not have made the history books, but they’re an important part of the fabric of Australian history.

And they’re just too good to keep to ourselves, so we’ve decided to start a new regular feature on our website sharing these short snippets revealing the lives of everyday Australians from years gone by — as told by you.

For the first edition, we’ve rounded up a range of readers’ answers to the question: Tell us about any Chinese connections you’ve found in your family history. Enjoy!

“My great uncle Robert Wilson worked on repairing war damage done to China’s railway system in Guangdong and Guangxi provinces. I was told that the Chinese name he was given was Wei Lo Pei (the first character being a approximation for Wilson and the last two for Robert).”

“John Utick (Yoo Tick Manni), who may have been born in Xiamen, Xiamen Shiqu, Fujian, China, about 1803, came to the Nowra area as a labourer indentured to Alexander Berry in 1852. He married Louisa Amelia Lowe in Terara in 1865. They had 10 children. By 1872 he was working as a market gardener. He died in 1900 at the age of 97. John Utick’s son Edgar Marmaduke Utick is part of my husband’s extended family tree.”

“I haven’t found any Chinese connections in my family history. But I do have a good story about my Kiwi friend. She had no idea she had any Chinese connections but her brother became very obsessed by an interest in Chinese music and went to live in China and learned fluent Chinese. He married a Chinese woman. They came to Australia after the Tiananmen Square massacre. Then they learned that they had a Chinese ancestor in the 19th century who had been expunged from the New Zealand family history.”

My great-grandfather, Harry Bagnall, and Quong Tart were both members of Sydney’s League of Wheelmen cycling club in the 1890s. A picture of them together appears in Margaret Tart’s biography of her husband.

“My great great grandfather Thomas Gam was Chinese and was apparently born in Amoy (now known as Xiamen) about 1833. He arrived in NSW in the 1850s; supposedly found gold; married a German girl, Barbara Lechleiter, and they had 14 children — all who reached adulthood. Their second son, Jacob, is my great grandfather. I have been trying to track my Chinese line for several years.”

“My great grandfather was Chinese, came out from Canton, as a blacksmith/carpenter as a young man of 18. Married at Avoca, Victoria, whilst living on the goldfields at Lamplough and ended up building his own home at Inglewood, Victoria, which is still standing and looking great after all these years. He had 7 kids and died in 1915.”

My 2x great aunt married a Chinese man who came out from Shanghai with Cadell. He operated a very profitable business at Wentworth as well as operating paddlesteamers on the Murray. He was much loved by the local people and a statue of him sits on the Wentworth wharf.

“I’ve done a lot of research on the Chinese who came to the Blackwood goldfields in the 1850s. One was Peter Back Soo who was a Chinese missionary in 1874 and who helped prepare some Chinese to be baptised into the Anglican faith.

Another was Ah Quay who worked as a yardsman in the Blackwood Hotel, and later as a storekeeper. I have made a list of all the Chinese people who lived and died in Blackwood and names buried in the Blackwood cemetery.”

My great grandfather was Peter Mun Shing arrived 18/12/1884 from Canton settled in Reid’s Creek near Beechworth, married Rachael Graham and they had seven children together, one of which was my grandfather Gordon. He married Dorothy Coppleman; together they had 10 children, one being my father Wesley Carl Monshing who married Lorraine Graham, having two kids.

I have found no Chinese in my family but understand my 2x great grandfather John Dykes, Mayor of Vaucluse and with a big Providores in Sussex Street, had a faithful all rounder called Ah Ling. Ah Ling was a whizz at everything — he could drive the horse and trap, could repair all sorts by sewing or mending things, he established a vegetable garden and was often seen digging in his limited spare time. He could cook a banquet from his produce and he wore a long pigtail and a silken brocade pants and tunic as he travelled around Sydney on errands for Dykes Emporium. Don’t know what happened to him after John’s death in 1905. Might have dug his way back to China. A faithful right hand man who didn’t achieve glory but the family’s gratitude for his loyalty and tenacity.

No family members but I grew up in North Eastern Tasmania where there were many Chinese tin miners. Quite a few families had Chinese ancestors. It was always fascinating to visit their abandoned mining camps in remote and dense rainforest, explore the mine workings and admire the water races used bring water to the site to wash the tin out.

I live in a town where the history of the Chinese pioneers is ‘forgotten’, they were not permitted to live in the town, but in a Chinese camp several kilometres away. I am reading and talking, and I am rediscovering what I can and passing that information on. I know there are a lot of other people who are much, much better writers than I am, but I hope that what I learn and pass on will help bring the recognition and respect deserving to our Chinese pioneers and Chinese-Australians, which might perhaps just be at the local level of where I live, but it’s something. I’m trying to learn what I can.

Thanks to all readers who shared these wonderful stories! Head over to our Facebook page and look out for our weekly book giveaways every Friday for your chance to share your own family’s story — and maybe even score a great history book in the process.