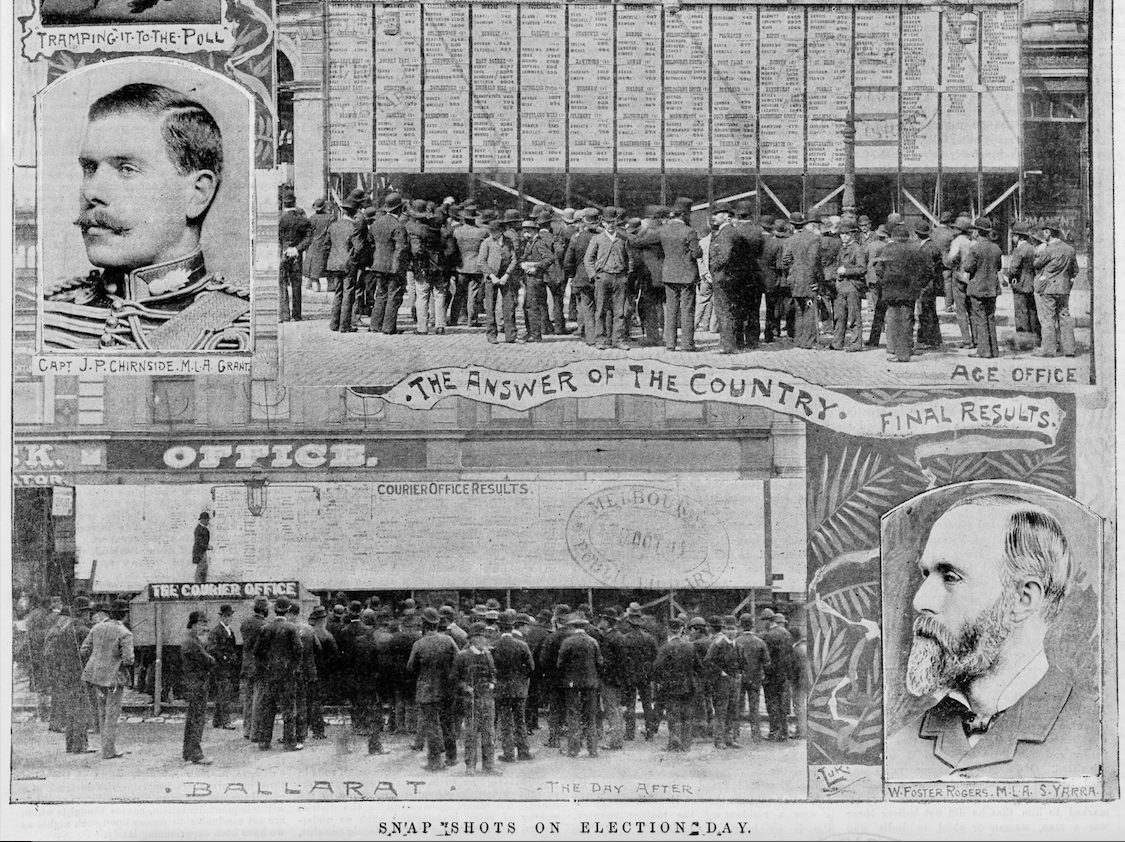 Even a cursory look at the history of voting in Australia will reveal that truly equal voting was a reality slow in coming: women in South Australia were barred from voting until 1895, and it took until 1908 for Victorian women to gain the vote. Indigenous Australians were barred from voting in federal elections until 1965, and those living in Queensland could not vote even in state elections until 1965. But in addition to these rules, fair voting was for a long time hampered by what was known as the ‘open vote’ – a system by which voting was a very public affair.

Until March 1856, when the secret ballot was introduced in Victoria, open ballots lent themselves to a culture of disorder and intimidation. Voters were often coerced or intimidated out of voting for the political candidates of their choice, and in favour of those preferred by their landlord, neighbours or boss.

Throughout an election, political candidates were able to keep track of how well they were doing, and within the open voting system, they could arrange for pressure to be applied when they began to fall behind. It was not unheard of for tenants to face eviction for voting against the preferences of their landlord. Unsurprisingly, many voters reported feeling unsafe when approaching the ballot halls.

The voting process itself went as follows: the voter would write the name of their preferred candidate on a piece of paper along with his own name. This piece of paper was then returned to a voting officer, who would confirm the voter’s name and choice of candidate by reading both out loud, well within the earshot of other voters and spectators. The vote was then stored inside a box, where it could be retrieved if any challenges were made to the final result. It was not uncommon for voting to take place at hotels, where, unsurprisingly, heavy drinking and riots were common, exacerbating the already unpleasant atmosphere into a dangerous one.

After the success of the first secret ballot in Victoria (which was also among the first of its kind in the world), the secret ballot, or ‘Victorian Ballot’, was embraced in South Australia in 1858, Tasmania in 1858, New South Wales in 1859, and finally in Queensland in 1859. By 1888, the secret ballot had been adopted overseas in New Zealand, Britain, Canada and some parts of the United States.