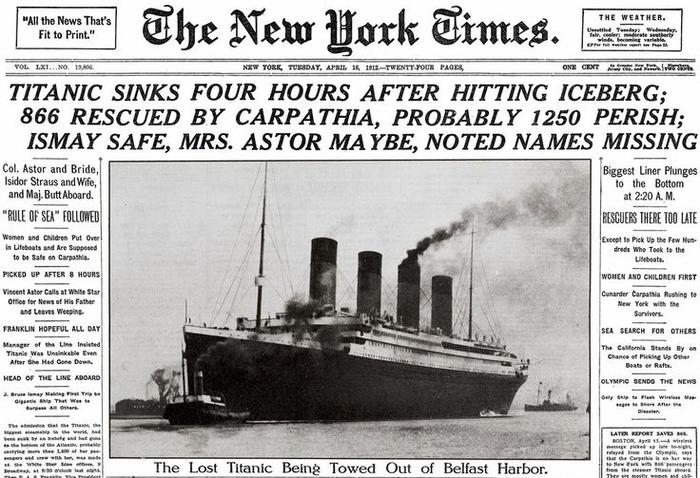 In Edition 10 of Traces, Michael Adams writes about the Titanic’s forgotten Australian hero, a man named Albert Nichols. The Titanic’s sinking is a tragedy that has been the subject of countless books and movies – but Albert Nichols’s heroic role has been vastly overlooked.

Albert was born in July 1864 on Lord Howe Island, to Thomas Nichols, a whaling captain from Hobart, and Mary Nichols, the only daughter of two of the island’s pioneers. He ran away from home after a violent falling-out with his parents and became a seaman. By 1907, he was married with three children and lived in Southampton. He became known as the White Star Line’s best boatswain, filling this position on its biggest ocean liners and eventually ended up working on the RMS Titanic.

As the boatswain, Albert was in charge of all deck operations and commanded about 30 seamen. He was on duty on 14 April 1912, when the RMS Titanic hit an iceberg on its maiden voyage across the Atlantic. He jumped into action, telling all his men: ‘All hands stand by. You may be wanted at any moment’.

On a ship that only had lifeboat capacity for 1178 people (half the people on board), Albert must have known that his survival chances were slim. The evacuation was overseen by Chief Officer Henry Wilde, First Office William Murdoch, Second Officer Charles Lightoller and Third Officer Herbert Pitman. He and his men worked hard to load up lifeboats, getting them ready for evacuating passengers. The first lifeboat had a space for Albert, but he was elsewhere on starboard, getting lifeboats ready. Ordered by Lightoller to gather a crew of men to open up gangway doors, so that half-filled lifeboats could return to collect passengers escaping from this doorway. However, Albert and his team all drowned. His body was never recovered and the identities of the men who died alongside him were never established.

As with all stories from the Titanic, the story of what happened is vague and riddled with inconsistencies – this timeline was gleaned from Second Officer Charles Lightoller during British and American inquiries, but he later admitted in his autobiography Titanic and Other Ships that he’d lied in order to prevent being blamed for what had happened at sea. Despite the lack of clarity around what happened, one thing is clear – that Albert Nichols died a hero, performing his duty until the very end.

Read more stories like this by subscribing to Traces Magazine.