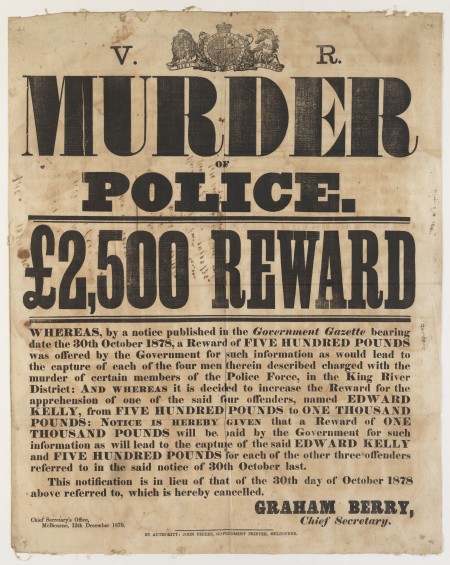 The Kelly Gang – Edward (Ned) Kelly, his brother Dan Kelly and
friends Steve Hart and Joe Byrne – began their life on the run in 1878, following the arrest and imprisonment of Ned’s mother for aiding and abetting an attempted murder. In October that year, the four ambushed a police camp at Stringybark Creek, where Ned shot
and killed Sergeant Kennedy and Constables Lonigan and Scanlon.