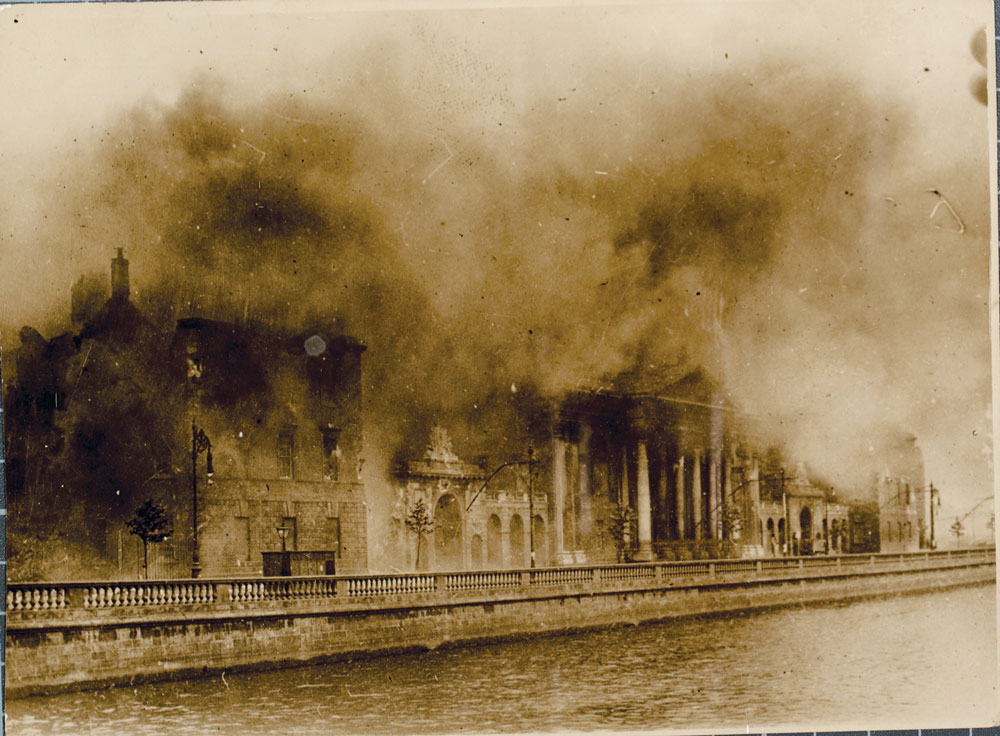 Researching history in local government archives around Sydney, I have many times come up against the brick wall of “those records were lost in a fire”, so many times that it has become a bit of a joke to ponder this mysterious “fire” that must have ravaged council buildings far and wide sometime around the middle of the 20th century. Or was it really the case that forward-thinking councils made way for progress by binning the old boxes of records mouldering away in the basement? We can never really be sure!

But in 20th-century Ireland, this fire was all too real. In fact, a thousand years of Irish records were lost on 30 June 1922, when the Four Courts in Dublin was blown apart – a casualty to shellfire in the Irish Civil War.

To commemorate the destruction of the Public Records Office of Ireland, and to champion the records that have survived, findmypast is launching a new initiative, Ashes to Archives – allowing Australians free access to their collection of over 21 million Irish Birth, Death and Marriage records until the end of June. The collection includes Irish births 1864 to 1958, Irish deaths 1864 to 1958 and Irish marriages 1845 to 1958. The team at findmypast have also put together resources for family history researchers, such as tips for getting started with your Irish genealogy research – notoriously one of the most difficult genealogical nuts to crack.