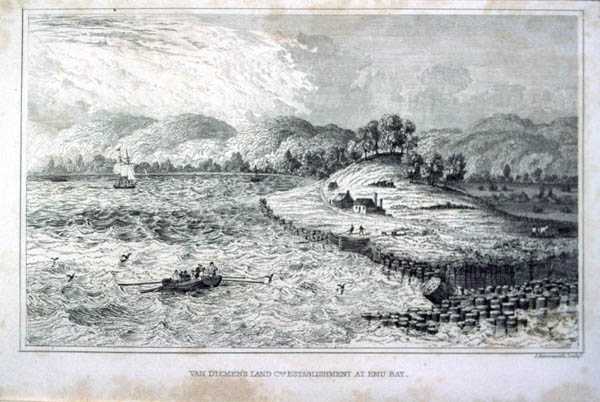 This week we talk to Lenny Bartulin, author of Infamy. Lenny Bartulin has published novels, short stories and poetry. He lives in the Blue Mountains and we saw him at the Byron Bay Writers Festival.

Lenny Bartulin was born in Hobart. He has published novels, short stories and poetry. His books include A Deadly Business (2008), The Black Russian (2010), which was shortlisted for the Ned Kelly Award for Best Fiction, and De Luxe (2011). His criticism has been published in numerous publications and in 2009 he presented a book review program on the Ovation channel. He currently lives in the Blue Mountains with his wife and son. His latest novel is Infamy is due out in October 2013 from Allen & Unwin. A novel full of action, cut-throat villains and corrupt and deadly officials, you’ll never think of Tasmanian history in the same way again.

Lenny: In the particular case of my novel Infamy, it was essentially a desire to know more about the place that I was born in. Throughout my schooling – the 70’s and 80’s – very little of Tasmania’s past was dealt with in any real detail. Consequently, it seemed so utterly boring and unexciting; in a way, my imagination was forced to look elsewhere, which only intensified the feeling that nothing much had ever really happened in Tasmania.

And those decades of the 70’s and 80’s were an era of accepted and entrenched denial: in the first and more personal instance, of convict heritage; and in the second, of the more extreme historical facts of white settlement and the indigenous population. So, when I finally had the courage and confidence to delve into the past with an idea to write about it, just a quick early look got my juices going. This was coupled with a love of history going back to childhood, and an old fantasy of sitting in a book-lined room and reading and simply revelling in the past and my imagination.

Lenny Bartulin was amazed when he started researching Tasmania’s history. “I was enormously annoyed that this history hadn’t been taught to me….literally in shock at the amount of history that was there…” – Byron Bay Writers Festival

Lenny: Apart from published books dealing with the history (early to mid 1800’s), it was the letters and journals written at the time that really helped shape a sensibility and provide a more direct insight into – please excuse the vagueness – the feel of the time. Particularly the language used, and all the wonderful enigmatic spelling and grammar and tone.

IHM: Q. What resources did you come across when researching your book that haven’t been widely used?

Lenny: From the point of view of a novelist, I have no idea. Most of my research followed the usual paths to the usual resources. Though, I must say, the artwork of the time did influence me in an indirect yet intensely poetic way. What artists of the time chose to depict was just as revealing as a list of what they might have had for lunch. Visual culture can be an extremely rich source of information and inspiration.

Lenny: All of it! But more regularly and consistently, it was the facts and figures of the economy of Van Diemen’s Land at the time. Considering the bleak economic reality for the modern state of Tasmania, to find out that there was in fact a time when we had more sheep than NSW made me kind of frustrated. What went wrong?

IHM: Q. Which stories affected you the most in the course of your research?

Lenny: Without doubt, it was the stories of the plight of the indigenous population of Van Diemen’s Land. Being the child of migrants, I have a deep sense and understanding of the hardships and travails of people struggling to make their place in a world not their own. But to read about the black struggle, and to try and place myself inside the experience of those people at the time, well, it was extremely moving and affecting.

IHM: Q. Which stories amused you the most in the course of your research?

Lenny: One that particularly sticks in my mind is when the Treasury was robbed in Hobart Town. First, the key to the trunk containing government riches was duplicated in wax and cast anew, and then the guards, with very little effort, were bribed with rum. Some good planning and a little luck and off with the loot! Until, well, there was nowhere really to go, except to the pub. And after a few gills, the story of the heist was told and the story of the heist was spread and before too long, the culprits were arrested. Off to Macquarie Harbour with you, then…

Lenny: The government riches stolen from the trunk at the Treasury in Hobart Town…

IHM: Q. What’s your best tip for people wanting to write a history based book of their own?

Lenny: The key, I think, is to not become overwhelmed with what history has to give. Which is a lot! The past, by no longer existing, is so absolutely ripe for our emotions to attach themselves to every aspect. I’d say, let that happen, let it ALL wash over you, then walk away and try to forget for a time. Go to the movies, take your kid to the park. The story you want to tell will be scratched in the sand after the tide goes out.

Lenny: My feeling is that, as an author, you have to love the characters first. The good, the bad and the ugly. Once a character is infused with that almost parental gaze, their hearts start to beat and their blood begins to pump, and only then does a story have the chance to come alive.

Lenny: The truth is, you never really think that you have…So there’s always the wonderful excuse to try again!