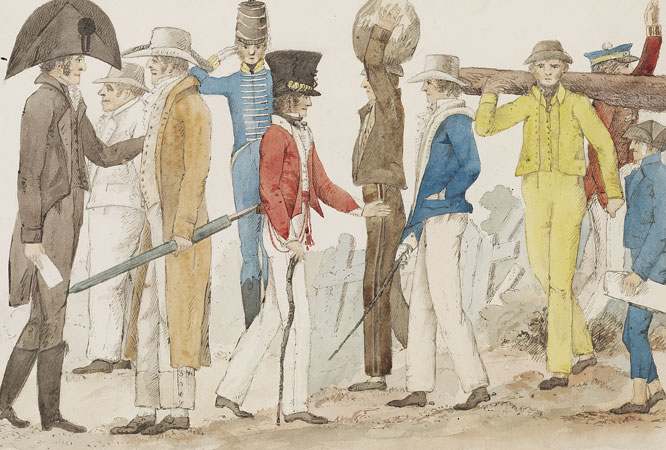 The Biographical Database of Australia (BDA) is a new research tool for historians and genealogists. It’s now available to subscribe and explore! The project aims to collect surviving records of all people who lived in Australia from the 18th to early 20th centuries, and collate their biographies in a fully referenced, hyperlinked, searchable database.

Biographical Database of Australia (BDA) is an ambitious, continually expanding work in progress aiming to collate the lives of all people who moved to, or were born in, Australia throughout the 18th, 19th and early 20th centuries – including Aboriginals and explorers who ventured around Australia in the pre-settlement years. The only restriction is that biographical subjects must be deceased.

Over 500,000 entries are included in the initial release. Information from original records and credible secondary sources has been added, transcribed and cross-referenced by expert genealogists and historians. Eminent historians and genealogists involved in the project include the BDA President Dr Carol Liston, Keith Johnson, Malcolm Sainty, Michael Flynn and Dr Perry McIntyre.

All data uploaded to BDA is fully referenced. Sources include:

What makes the BDA so innovative is its hyperlinking of primary source and biographical content. Where an individual has been mentioned in more than one record, the links form a detailed Biographical Report for that person in timeline format, all backed up with sources. Any mention of a particular individual within the biography of another – their parent, child, spouse or employer, for example – will also have a hyperlink to their biography, enabling users to jump from one biography to another throughout the database.

“It’s almost like a Facebook for dead people,” as we overheard someone say at the BDA launch!

So far, tens of thousands of entries have been linked. The database will be regularly expanded and updated with new data, new links and corrections. As new sources are added to BDA, many existing biographies will become increasingly detailed.

In the future, BDA will also allow advanced name and keyword searches. It is also hoped that, from 2014, new biographies submitted by subscribers will be added to the BDA after vetting by editorial staff to maintain BDA’s high standards of accuracy.

In order to view biographical reports, BDA is asking users to subscribe to the service for just $25 a year.

You can then contribute to the database, submit new biographies and support its expansion, advise of any errors, and help solve brain-teasing linking puzzles. Contributors, volunteers and financial donors are all welcome to get involved. To explore BDA for yourself click here.