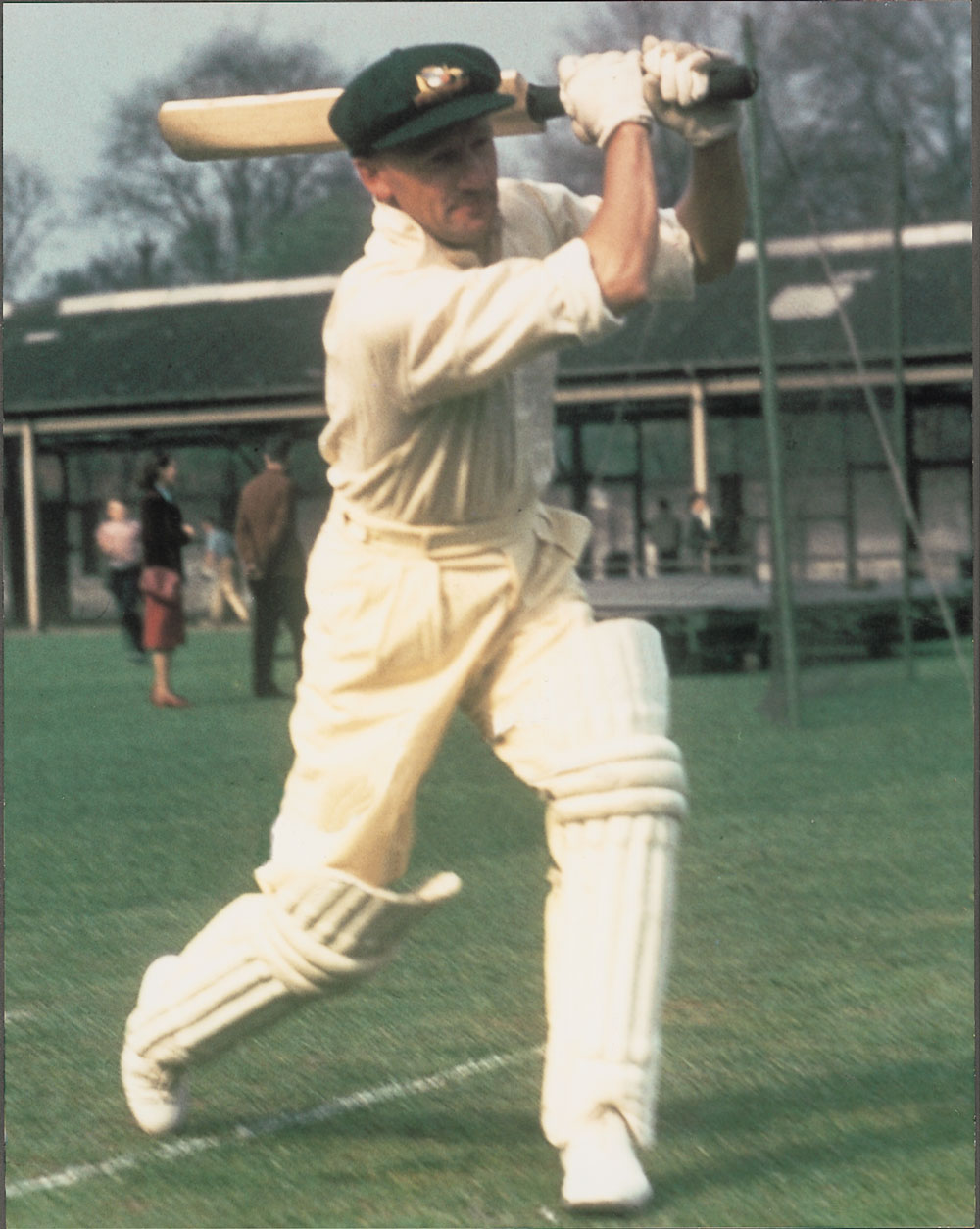 Right in time for Inside History’s latest sports-themed edition, issue 20, we chat to David Wells, curator, The Bradman Foundation, about our iconic cover boy: The Don himself.

David tells us why the Bradman Museum recently expanded to become the International Cricket Hall of Fame, where you can learn more about cricketing history, and the story behind Bradman’s first cricket bat.

The Museum has subsequently grown substantially, first in 1996 with the opening of a purpose-built museum and again in 2010 when the Museum was expanded to accommodate the International Cricket Hall of Fame.

IHM: Q. Does the museum’s recent name change from The Bradman Museum to The International Cricket Hall of Fame reflect changes in its collections?
David: The 1996 Museum, while beautiful and well regarded, was relatively static and inflexible in terms of accommodating changing displays. It also predominantly reflected Anglo-Australian cricket history, which, while important, is only one part of cricket’s story worldwide. The International Cricket Hall of Fame deliberately targets the game internationally and across the three formats in which it is now played, Test, ODI and T20. It seeks to reflect the many cultures and peoples who embrace cricket and answer two key questions: ‘what is cricket?’ and ‘why is it so important to millions of people around the world?’

The new museum targets younger audiences. Both high-tech and low-tech interactive techniques are used as well as film, video and sound on demand. The authentic artefacts, engaging graphics and easy to understand narratives complement the more contemporary techniques to provide a comprehensive cricket ‘experience’. These interpretive techniques are applied across the Museum’s six primary galleries: The Game; Origins; Bradman; World Series Cricket; The World of Cricket; and the Greats of the Game.

IHM: Q. What are the highlights of the Bradman Gallery?
David: We believe Don Bradman’s first bat to be the most significant item to be in the gallery. It is the symbolic commencement point of the most remarkable cricket career on record.

It is directly associated with Bowral where Bradman learned to play the game and it has a lovely story having been given to the boy Bradman by the men of the Bowral Cricket Club when he was asked to stand in at short notice and saved the game in two innings where the opposition were unable to get him out. At the time, 1921, he was only 12.

Other significant items shown in the Gallery are his NSW and South Australian Caps, three of his famous Baggy Green caps, the bat with which he hit his second highest Test batting score of 304 (Headingley, 1934) and his slides and notes with which he used to give lectures on the history of the game well after he retired (presented as an interactive). The Bodyline theatrette is also very popular with visitors.

IHM: Q. How would you explain the appeal of cricketing history, and Sir Donald Bradman’s life in particular, to someone who loves history but perhaps isn’t so interested in sport?
David: Bradman was a 20th-century Australian phenomenon who typified the best values lived by those generations who have passed before us. He was a lightning rod for burgeoning Australian nationalism through his talent to play cricket so well that no one in England, the ‘mother country’ – the originator of cricket – could counteract.

Most importantly he lifted countless people’s spirits during hard times. Like the racehorse Phar Lap, he succeeded in putting smiles on Australians’ faces when the Depression was at its height, and he helped people emerge from the shadow of the Second World War into peacetime lifestyles.

He was genuinely loved by several generations of Australians not just because he played cricket better than anyone before or since but because he took the time to reply to the mountain of fan mail that he received throughout his life regardless of who wrote to him, prince or pauper, child or adult, man or woman.

He believed that cricket had given so much to him throughout his life that he felt duty bound to give back right up until he died. He passionately believed cricket to be a major force for good and the ‘greatest character builder of all our sports’ and urged all young people to play the game so that they could learn about themselves as people and thus live a good life.

IHM: Q. What resources or institutions would you recommend to Inside History readers who want to learn more about Sir Bradman’s life?
David: Bowral should be your first stop. Not only is there the cutting-edge museum but many of the town’s elements that existed in Bradman’s day still exist (houses, school, church, and cricket ground), so it is easy to imagine his boyhood home and go back in time!

The Bradman Collection on display at the recently revamped Adelaide Oval is also well worth a look.

IHM: Q. Given your commitment to promoting Sir Bradman’s life and career, how does it feel to see Australia versing the UK in the Ashes on home soil?!

David: It’s always an exciting tussle especially at Test level – I really hope the boys can continue this momentum and take it to England when we next play there. Ashes victory in England is the sweetest of them all!

For more on Bradman’s early life in Bowral, and the reconstruction of his childhood home, see our cover story in Inside History, issue 20. Click here for more.