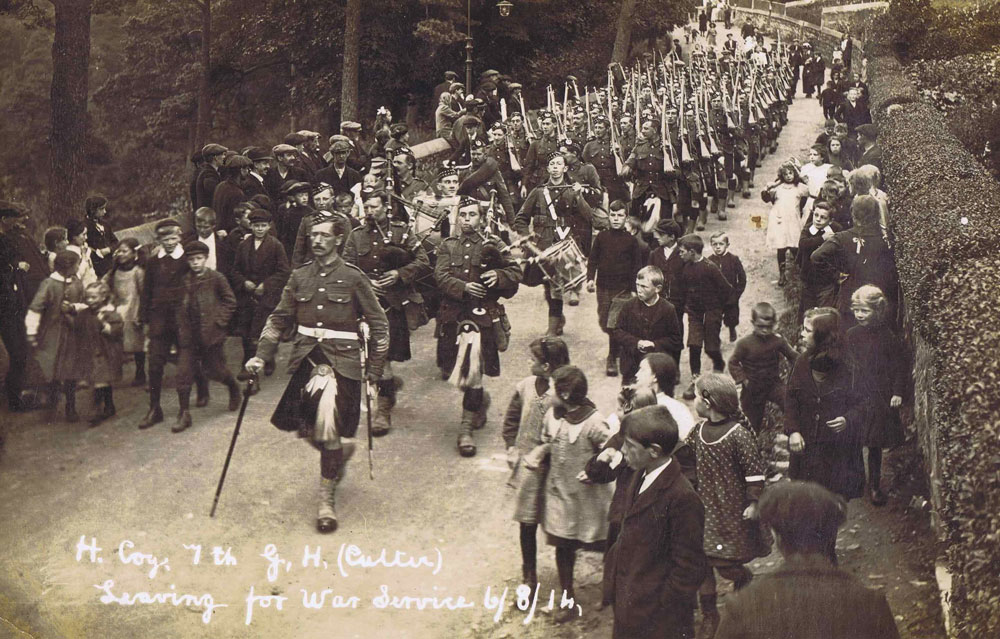 Historic wills of some 31,000 Scottish soldiers are now available on ScotlandsPeople thanks to the National Records of Scotland. Released to commemorate the 100th anniversary of the outbreak of the First World War, the collection includes some 26,000 wills of World War One soldiers. This represents about 20 per cent of the total population of Scottish soldiers who died in this war.

In addition to the Great War, the collection includes wills from approximately 5,000 Scottish soldiers serving in the Second World War, along with several hundred from the Boer War and Korean War, and various other conflicts between 1857 and 1964. These poignant documents were typically found in pay books the soldiers received on the battlefield, or on forms in Army offices back home or, where there was no such will, in the form of last wishes mentioned in letters sent home to family.

Fiona Hyslop, Cabinet Secretary for Culture and External Affairs in the Scottish government, notes that these wills reveal the lives of not only soldiers fighting in several wars but also the broader community.

“These small but powerful documents are a testament to the sacrifice in wartime made by thousands of Scots, not only the soldiers themselves, but also their families and loved ones,” Fiona said.

Annelies van den Belt, CEO of DC Thomson Family History, which enables the ScotlandsPeople website on behalf of the National Records of Scotland, also noted the potential insights these wills could reveal.

“These fascinating documents make for poignant reading and we’re sure that anyone who views the wills will feel a strong emotional connection to those who lost their lives in these conflicts,” Annelies said.