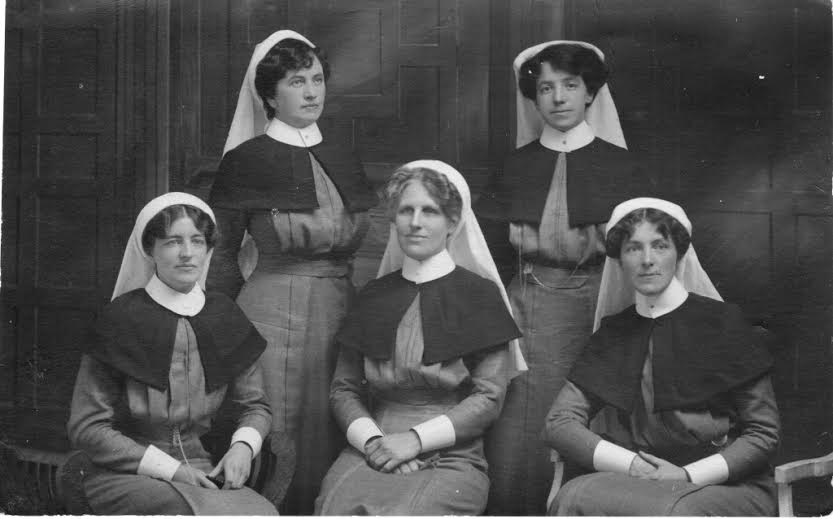 The nurses who served in World War I faced many challenges on the front, says researcher and author Christine Bramble – and it’s only recently that their invaluable contributions to the war effort have received the attention they deserve. In the latest issue of Inside History, we chat to Christine, author of Sisters of the Valley: First World War Nurses from Newcastle and the Hunter Region, published by Royal Newcastle Hospital Graduate Nurses’ Association. Below is an extended version of the interview.

IHM: What inspired you to start researching and writing the stories of nurses from the Hunter Region who served in the First World War?
Christine: It all started with an exhibition. Twenty years ago I was working at Newcastle Regional Museum when it was decided to develop an exhibition on the experiences of Hunter region people in the First World War. Members of staff chose different areas to research, my chosen topics being the home front and military nursing. The aim was to illustrate broad themes in the Australian involvement in the war, through the experiences of people from the region. Initially I only expected to identify a handful of nurses who served in the War but was surprised to build a list of 50 or so names using names on honour rolls and the AIF Embarkation Roll.

An appeal for photos and objects to use in the exhibition yielded material from medals to scarlet nurses’ capes to souvenirs – even an enamel urine bottle that had been brought home and used as a flower vase! There were also some photos of local nurses in the collection of the Australian War Memorial.

I moved on from the museum but was hooked on the topic and continued to expand the list of names and my knowledge of military nursing in the First World War. Eventually I decided I needed to get it off my computer and into print. I approached the Royal Newcastle Hospital Graduate Nurses’ Association who agreed to auspice a grant application and to publish the book.

IHM: You wrote that, prior to your book, these nurses’ stories have remained a gap in the region’s historical record for over 100 years. Why do you think this was the case?
Christine: The stories of conflict at Gallipoli and to a lesser extent on the Western Front have until quite recently claimed the lion’s share of attention from local historians and the community. These are essentially the soldiers’ stories. Women’s stories are often invisible especially in a male-dominated arena such as warfare – curiously so when you think that so many community historians are women.

As far as I know Sisters of the Valley is the only published regional study of Australian nurses in the First World War but maybe the centenary of the war will inspire other such projects. Sisters of the Valley could give other researchers a structure to start from, to adapt to suit the material unearthed from their own communities.

IHM: How do you feel Australian nurses in World War One have fared in the historical record overall?
Christine: In round figures 3000 Australian women served as military nurses in the First World War, but they were a tiny proportion of the 330,000 people who served overseas, barely one percent, so their story tended to slip through the cracks. My comment on the documentation of military nurses at the regional level holds good for Australia as a whole.

When they returned from Europe and the Middle East these women were held in high regard by their communities, especially by returned servicemen who knew from firsthand experience how they had saved lives and alleviated suffering. But they seem to have been forgotten within a generation.

In the last couple of decades we have seen historians looking at the Australian experience of the war from a more whole-of-community perspective. This is a product of social changes including the improved status of women and the emergence of feminist history. So there have been some great publications including the in-depth research on military nursing by people like Ruth Rae and Kirsty Harris and work on how both soldiers and families were impacted by the return of the troops after 1918, such as Marina Larsson’s Shattered Anzacs.

IHM: Could you tell us a bit about the women who paid their own way to Britain to join nursing service reserves there?
Christine: These were a very small group but they illustrate the fact that nursing was one of the few professions at that time that gave women a (modest) independent income that allowed them to travel. They also illustrate the degree to which Australians felt a commitment to the Empire, the “Mother Land”.

Sister Lydia Abell had graduated from Newcastle Hospital in 1898 and she had been a founding member of the Australasian Trained Nursing Association. In 1914 she was too old at 42 to be accepted by the Australian Army Nursing Service and probably too well known in Australian nursing circles to lie about her age! She arrived in Europe in November 1915 and nursed at hospitals and on ambulance barges in France until the end of the war.

IHM: Briefly, what sort of challenges were faced specifically by nurses in the First World War?
Christine: There were so many challenges! There was the sheer volume of work when convoys of wounded arrived, the horrendous injuries to soldiers, watching so many young men die and the real possibility of hospitals being hit by bombs. It was not unknown for nurses to be diagnosed with shell shock. They could find themselves accommodated in anything from a luxury hotel with all mod cons to a tented camp with no clean water supply.

In some AIF hospitals the attitude of the Commanding Officer was quite negative towards nurses, to the point of being obstructionist. However, by the end of the war trained nurses had proved their worth in comparison with untrained male orderlies and demonstrated how intensive nursing care and strict attention to hygiene could help save lives.

IHM: Could you give us an overview of the experiences of nurses in the lesser-known fronts of World War One, in Egypt and the Middle East?
Christine: Egypt was the base for casualties evacuated from Gallipoli and the campaigns in Palestine. The intense heat was debilitating and many nurses could not cope with more than one summer there. Although the European quarters of Egyptian cities were quite salubrious, Egypt was an undeveloped country by Australian standards and there were issues such as poor sanitation, vermin and diseases endemic in the local population. After the AIF moved to France in 1916, one Australian General Hospital was left behind in Egypt to care for the wounded from the desert war.

In fact, many of the men that were admitted to hospital in Egypt were suffering from malaria rather than battle injuries. This was also the case in Salonika in northern Greece and quite a number of Australian nurses at hospitals there went down with a malignant form of malaria and were invalided home.

In India, Australian nurses cared for casualties evacuated from what is now Iraq where British and Indian troops were defending British oil interests. Like in Egypt, the heat was intense and disease was endemic. Added to this, Turkish prisoners-of-war did not speak English and were not used to accepting personal care from women who were not relatives.

Nurses here felt isolated from the real action and some even expressed the view that they would be considered “cold footers”. Judging by the warm welcome home that was given to Matron Bessie Lowrey from Wallsend Hospital, that fear was completely unfounded! They were not, however, entitled to the Victory Medal unless they had also served in a war zone.