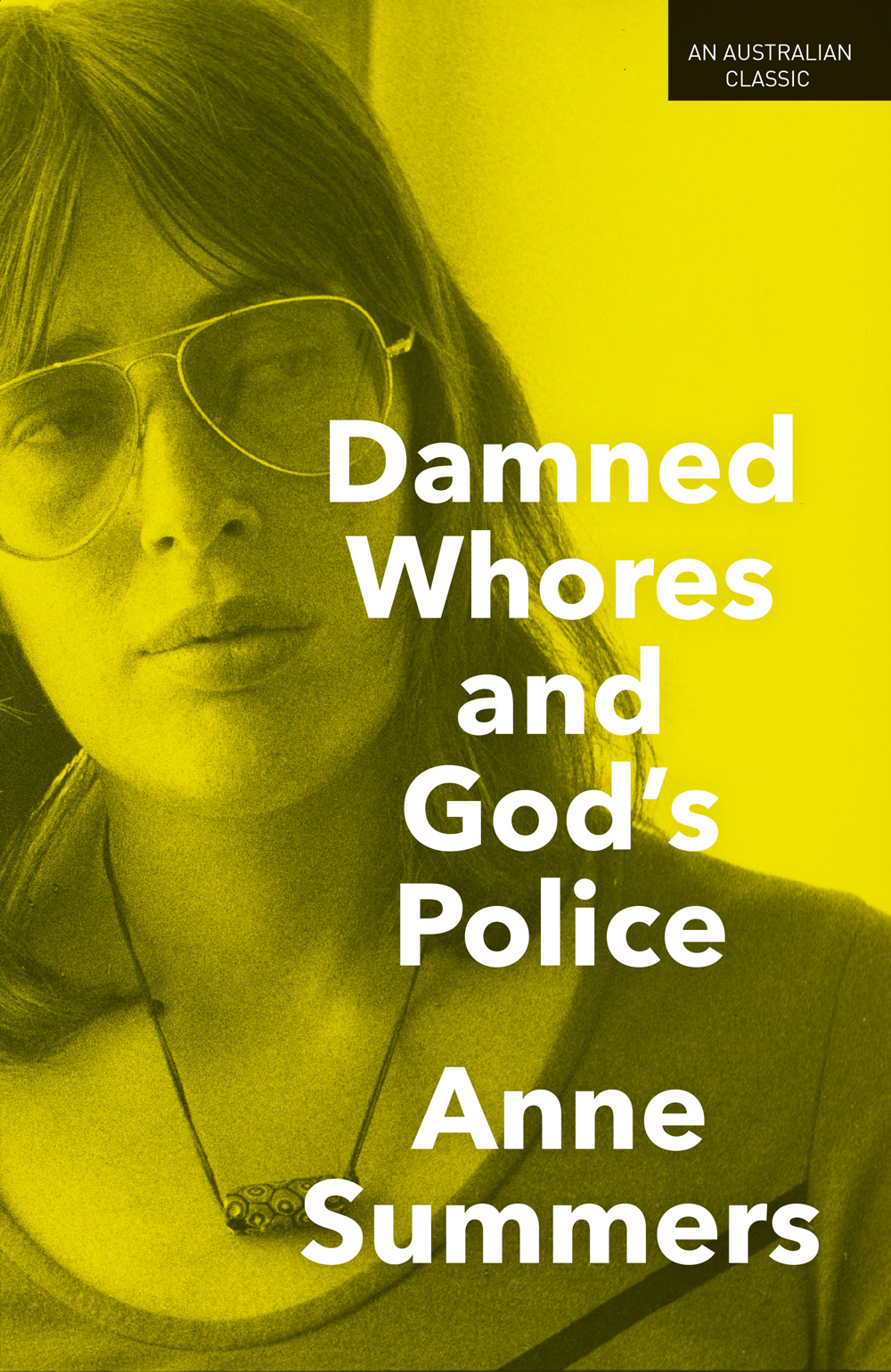 In honour of International Women’s Day, Sarah Trevor speaks with leading Australian feminist and writer Anne Summers on her new, revised edition of the 1975 classic Damned Whores and God’s Police. Read Anne’s insights on the struggles Australian women have faced throughout history, what has changed for women since her landmark book was published – and what challenges remain.

IH: Forty-one years on from the original publication of Damned Whores and God’s Police, how would you compare women’s standing in society between now and then?
Anne: Forty-one years on, the world is so different in so many ways and yet some things haven’t changed a lot. What has changed women’s lives quite profoundly is the fact that it’s now against the law to discriminate against them. That is a huge, huge change – it’s on par with women being able to get the vote, with women being able to have custody rights to their own children, with women being able to keep the pay they earned when they did jobs. These are all things that women didn’t have access to in the past century.

And it took until the 1970s, ’80s, and ’90s – in fact, in Queensland it wasn’t until the 1980s-90s that anti-discrimination legislation was introduced in that state, but in the ’70s in places like South Australia. So that was a huge difference, when suddenly you had the law of the land acknowledging that it was no longer permissible to discriminate against women. The Sex Discrimination Act, 1984 was a federal act that outlawed discrimination on the grounds of sex – or gender – marital status, being pregnant, and it also covered sexual harassment.

Now we already had, since 1969, several court rulings that had made it against the law to not pay equal pay. As we all know, that’s been fairly meaningless. I mean, we have an average of an 18 per cent gap in the pay that men and women get and it’s much, much higher in certain occupations and certain industries. So that remains a very perplexing injustice that has absolutely no justification whatsoever and yet continues to happen.

The fact that we now have political and legal rights that we didn’t have 100 years ago is incredibly important. I could probably speak about three hours on this!

Against that incredible legal opening up of opportunity and from that, of course, stems so many things – I mean, just to give you a very trivial example, women weren’t allowed to join the police force because there were certain restrictions about height and weight. Once you removed the discrimination on the basis of age, suddenly these things didn’t matter anymore and so women could join the police force, or women could go and work at BHP or they could go and work at all sorts of places where they had been excluded on the pretext that they were too short or they didn’t weigh enough or they couldn’t lift heavy enough weight – these were all pretexts to keep women out. So there were just a lot of things like that that seem very minor but actually were quite profound, when you move them away and suddenly women had the opportunity. And now there are virtually no jobs that women cannot do and do not do. That is a huge change compared to what it used to be.

IH: You’ve said before that many young women today wouldn’t believe what life was like for women even as late as the 1970s. And you gave the example of being asked to sit on a boss’s knee to take dictation, which as a 20-something I find quite mindboggling! I was wondering if, when researching your book, you ever felt the same way regarding women in earlier generations before you – if you’ve ever come across situations or hardships they faced that really took you aback?
Anne: Oh, yes – I mean, nonstop! Have you seen the film Suffragette? If you see that, you’ll see some of the things that happened routinely to girls in factories. And they still happen now – and that is the boss feeling entitled to demand sexual favours from powerless women and from young women. In this case, they were very young; they were young girls, because child labour still wasn’t banned.

But I guess one of the most outrageous things was the fact that until the late 19th century women were considered the property of their husbands and therefore they had no right to their own children and they had no right to their own money. So if they did have a job – which was fairly unusual for middle class women – the money they earned at that job did not belong to them; it belonged to their husbands. So they had no ability to have control of their lives economically.
That is something that we just cannot imagine today: that you work hard and you’re not allowed to keep the money. And if you’ve ever watched Downton Abbey, you’ve seen all the things that go on there about the women initially not being able to inherit title – and having absolutely no ability to have jobs or earn money. So that’s a huge difference.

A lot of these things still happen, but the fact that they are regarded as outrageous and we get upset about them shows that at least attitudes have changed. I mean, if you take the example of Jimmy Saville and Rolf Harris and all these guys – and also Bill Cosby – that thought because they were television stars, they felt absolutely entitled to sexually abuse anyone who came within their reach. And they thought that not only is there nothing wrong with that but they were going to get away with it forever.

And that still happens, but I don’t think it would happen with the same impunity anymore because everyone knows it’s wrong. I remember not only particular individuals, but I remember that kind of culture back in the 1960s where that was just tolerated – that was seen as something that men did. And you had to just get out of their way or put up with it!

IH: In your book Damned Whores and God’s Police, you spoke of the dichotomy of women in Australian society, presented as either virtuous, civilising influences on men or bad girls, “damned whores”, deserving of vilification. In your view, does this dichotomy still stand today? Or do you think there are other categories at play?
Anne: Well, I think it still does stand, actually, and in a way that’s quite surprising. I guess one of the things that’s really surprised me and in fact disappointed me quite a bit is that I thought women themselves would want to get rid of the dichotomy. And it turns out that they don’t or, at least, a lot of them don’t. And a lot of women cling onto the ‘God’s police’ – they probably won’t call it that, but they cling onto the idea of being a wife and mother, being the person in charge of the domestic sphere, because this is the only area of power that society indisputably allows them.

And so some women, I think, don’t want to give it up; they want to modernise it, they don’t want to be under the thumb of their husband, they want to be able to be free and independent. But they don’t want to work full time, they want to work part time. And Australian women work part time at a much higher rate than any other country in the OECD – and that’s one of the things that’s bad for women’s income and it’s also not great for our economy. But I think one of the reasons for that is that some women just cherish this domestic role in a way that women in other countries would find quite strange.

IH: The new updated version of this book is due out this month. Could you tell us a little bit about what’s new in this edition?
Anne: What we’ve done is to bring together all of the old editions – so 41 years of the book between one set of covers. I had written an introduction to each of the previous editions, so you can now read the one from 1975, from 1994, from 2002, and now from 2016; they are like a little history in itself of where things were at in each of those years.

The 1994 introduction in particular was very, very long – it was about 40,000 words long. And that was 20 years after the book had been published, and 20 years ago from now, and it’s a very interesting assessment of how far we’ve come and how far we’ve got to go.