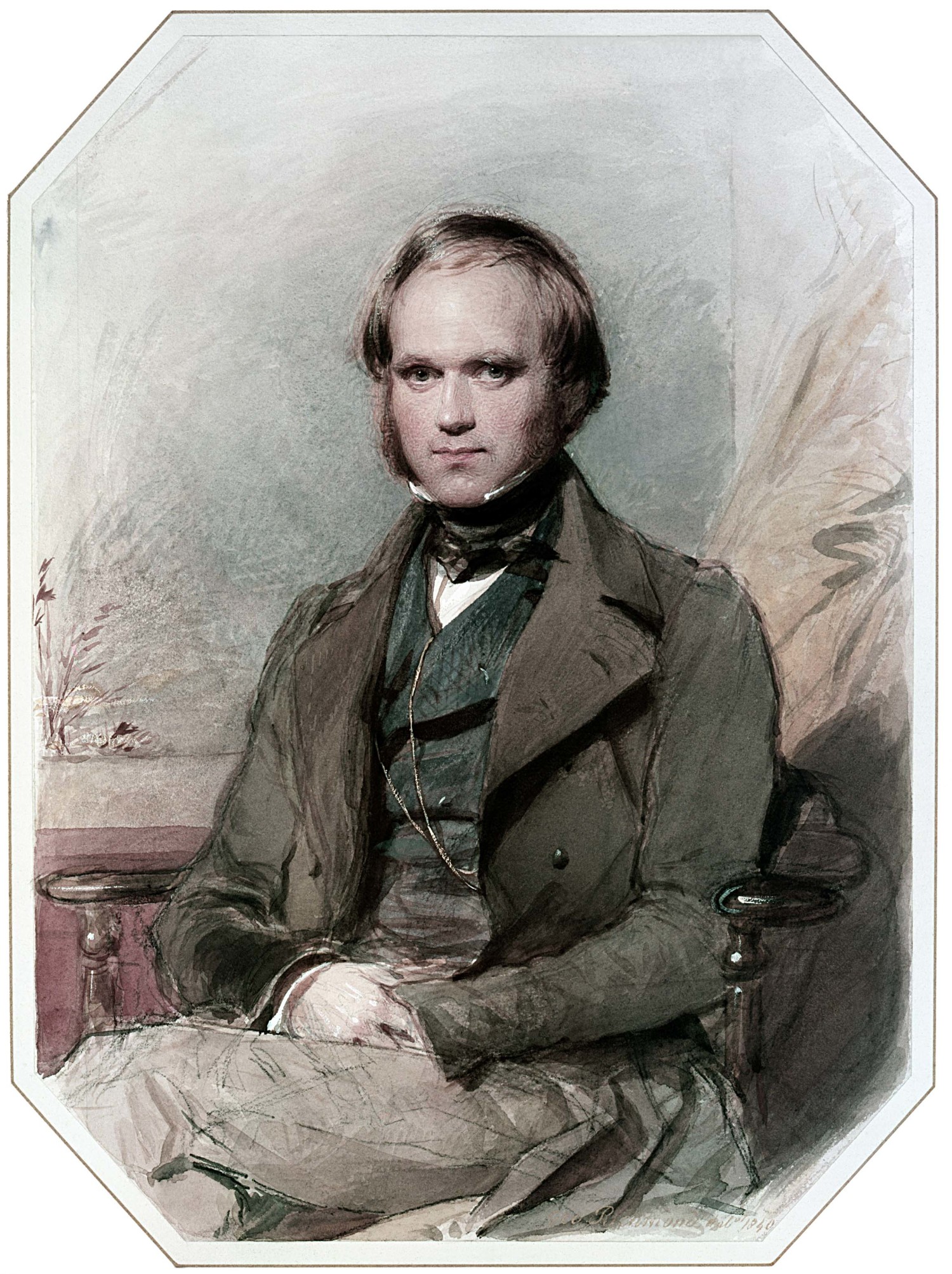 Ever wondered which famous (or infamous) people throughout history your ancestors met? Cassie Mercer discovers her 4 x great grandparents entertained Charles Darwin, giving him ‘the best room in the house’!

My 4 x great grandparents were farmers and cattle drovers in the central west of New South Wales in the mid-1800s. Between the present-day towns of Warren and Nevertire they built cattle yards to hold 2000 head, and bred draught and thoroughbred horses. But it is their occupation in the 1830s – one that allowed them to meet one of the most influential figures of the modern world no less – that is my focus here.

My 4 x great grandfather Tom Readford was a petty criminal in York, England. On Christmas Eve 1813 Tom and a friend stole four hides of leather, were caught, and handed a sentence of transportation for seven years. In the same year, and on the other side of the world, the first crossing of the Blue Mountains by white men was talking place – an area that was to be Tom’s new home two decades later.

Tom arrived in the colony in 1815, and a few years later married “cornstalk” (that is, she was born in the colony) Jemima Smith. Fast forward to 1833 and Tom and Jemima were landholders northwest of Sydney and employing two convict labourers. At a time when liquor licences were not required, Tom sold alcohol at a weatherboard dwelling call the Bathurst Traveller, but known locally as the Weatherboard Inn. The name Weatherboard was also given to the village that grew there; now this is the town of Wentworth Falls in the Blue Mountains. Pitt Park in Wentworth Falls today covers the site of the Weatherboard Inn. The inn was a popular stopover with people travelling between Sydney and Bathurst, and kept the couple, already parents to a large family, extremely busy. In 1835 a James Backhouse wrote that he’d had “an excellent meal of beef and bread with tea” at the inn, but the room had no glass in the windows and so a piercing cold wind blew through them.

Decades later Tom and Jemima’s son Edward wrote of his childhood at the inn, especially how he would show the local sights to visitors and unlike his father never became lost. Edward claimed that “people were arriving from all parts daily at my father’s house for the sole purpose of beholding this wonderful place”. Edward also told the story of meeting the soldier who shot the bushranger John Donohue: apparently the soldier spent considerable time at the Weatherboard as his barracks was just opposite. Edward described him as a very quiet Scotsman. Interestingly, Edward’s brother became notorious cattle thief Harry Readford (aka Captain Starlight), and his grandfather had been a highwayman in Ireland, but this seems not to have coloured his view of the man who had shot a bushranger as part of his job.

Even more interesting is the fact that on January 17, 1836, after tethering his horse at the Weatherboard Inn, Charles Darwin walked to the Wentworth Falls along the wooded track (now known as Darwin’s Walk). On January 23 on his return from Bathurst to Sydney, Darwin stayed overnight at the Weatherboard Inn. And so my 4 x great grandparents waited on Darwin, served beef and bread to him and probably ensured his room was the “good bedroom” with glass in the windows!

Their occupation as innkeepers continued for many years: in 1837 the couple sold the inn to Abraham Joseph Levy, and they moved to the Woolpack Inn 25km closer to Sydney. Then in 1842 Tom obtained a licence for the Old Westwood Inn at Cunningham Creek, near present-day Ilford, 50km south of Mudgee.

Tom began life in Richmond, North Yorkshire, found home life and Richmond problematic, committed a minor crime and found himself flung to the other side of the world. But this new place allowed him to build up considerable wealth through leasing land, buying and selling property, running cattle and managing inns. And through his toil, he met the famous Mr Darwin.

When Tom died, it is not entirely ironic that he was buried in Richmond, not in North Yorkshire, but in New South Wales.

With thanks to Barbara Hall and Neil Hall for their time and toil in researching the story of Tom and Jemima. More information on the Readford family can be found in One Family History: 220 Years in Australia (Irish Wattle, 2010).