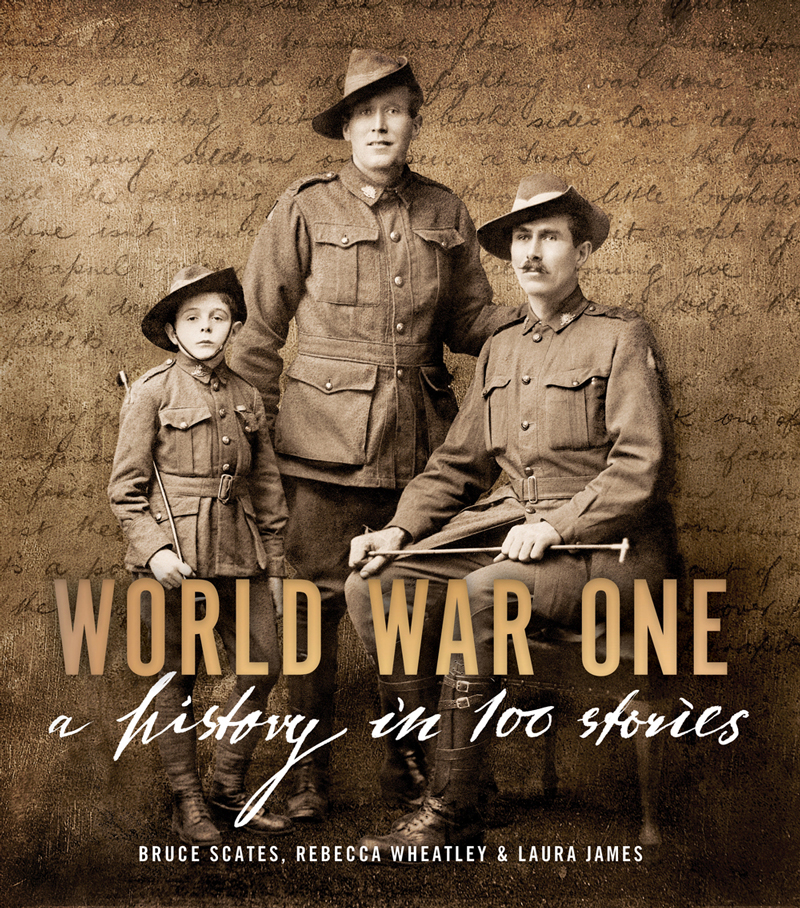 If you could track down one thing you haven’t yet managed to find out, what would it be?
Can I say that there’s a lost opportunity here. We did have an opportunity with the centenary, and I served on the Anzac Centenary Committee – these stories were originally commissioned by the Australian government. The government decided that these stories were too confronting, too uncomfortable, to be told.

There was one particular story, a story of Frank Wilkinson, a man who was a war hero. He was awarded the military medal in Passchendaele – he survived the war but he doesn’t survive the peace. He comes home and he killed himself – which is not uncommon with soldier-settlers who failed on the land. But he also killed his wife and his daughter.

And the moment that I related this story in Canberra, I saw this committee and the looks on their faces and the horror, but it was simply the truth. The truth of what war does to people. And today, of course, we look quite sympathetically towards Frank Wilkinson and recognise that this was a case of post-traumatic stress and not hasten to judge him, but it seems to me in Canberra what we had was judgment: this story was too confronting to be told. So for me as a historian that involved making choices.

Historians have no choice other than to tell the truth. And I think that we have to confront that, that brutal truth of what war did to people.

So to my mind, what the 100 Stories represent is clutching at a lost opportunity. The lost opportunity was that we as a nation could acknowledge the devastating effect on war. And that would’ve signalled, I think, our maturity. I don’t know that we’ve done that. I think that Canberra showed a degree of cowardice in its failure to acknowledge that true scale of loss. So yeah, to my mind, that’s what the stories signal – what they signal is the way that people wanted the truth to be told, despite the fact that those in positions of great power didn’t want those stories to be told. So I think it’s a triumph of a democratic style of storytelling.

Is there anything you’d like to add about the book?
And I think that the involvement of early career researchers in this book changed its nature and made it an immensely richer project. I think that it’s great to have those insights from a new generation of historians woven through the book. And I think that a collaborative endeavour is so much stronger than an individual statement, so I hope that what the book helps to do is to show that these great collaborations are actually possible even within a punishing timeframe. And that it helps promote that spirit of collaboration more widely in the profession, because we have to do this.

The other thing that Jay Winter said [at the book’s launch] is that if we don’t engage with what you might call the popular history of the war – if we don’t actually address the histories we write to as wide an audience as possible, then we really abdicate that space to the journalists, to the politicians, to the people who are really spinning slogans and who often lack any genuine historical insight. So we have to occupy this space and we’ve got to occupy this space in a different way.

So I think in a number of regards, 100 Stories was a great experiment. It’s not for me to say whether it succeeds or not. It’ll be very interesting to see what impact it has particularly out there with history teachers. If I was a history teacher, I would be looking at this book at a resource that is giving you a fresh take – I mean, we’ve had the old stories being spun by Canberra for so long and this really is a new take on everything and I hope it changes the agenda in some way.

World War One: A History in 100 Stories by Bruce Scates, Rebecca Wheatley and Laura James (Penguin Books, $59.99) is out now.

This is an extended interview of a story that originally appeared in the Jan-Feb 2016 edition of Inside History.