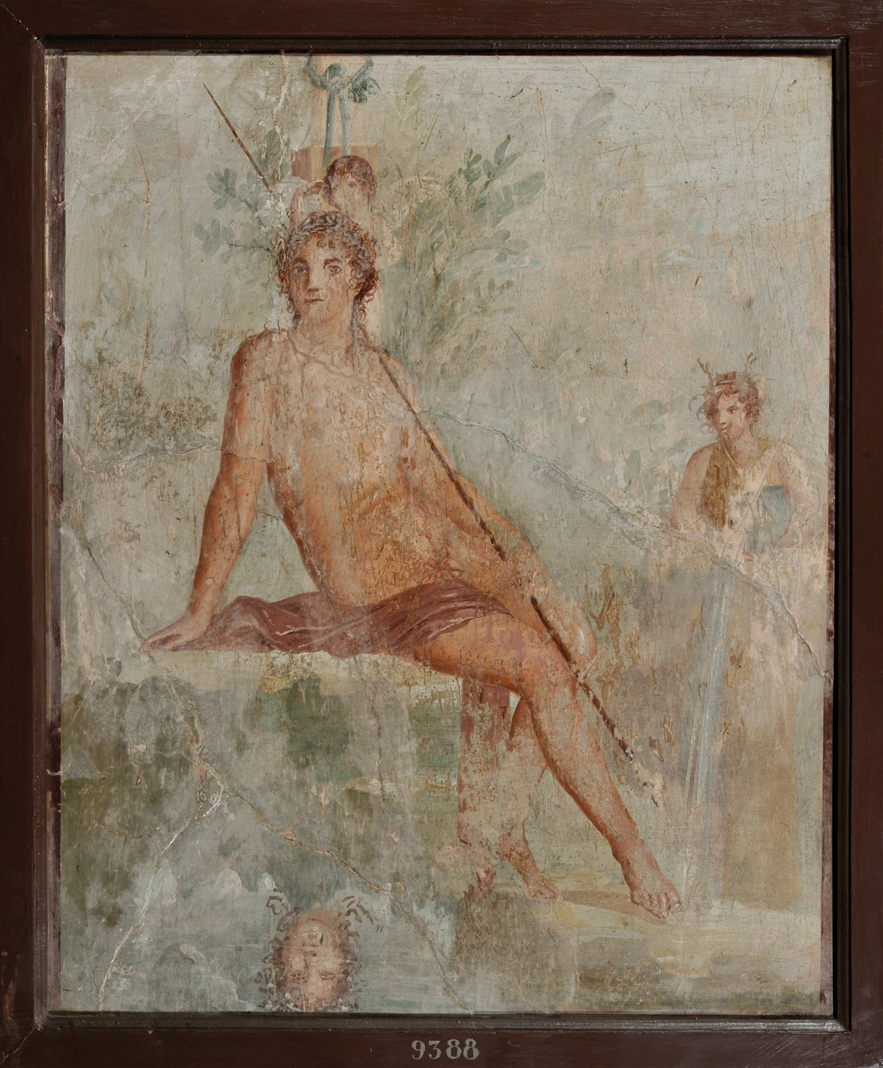 The warships Pliny sent out were quadriremes, the largest ships in his fleet at 39 metres long and four metres wide. Each was powered by 232 oarsmen arranged in four banks called remes (hence the name of the ship). Attached to the bow of each vessel was a large metal beak called a rostrum, designed for ramming enemy ships to sink or disable them, the oarsmen providing the power. Oar power also made the ships highly manoeuvrable, ideal for the tricky situation into which they were going. Sails were used to get the ships to and from battle sites, and were most likely used to get the ships across the bay.

The wind blowing from the north-west was in their favour. Vesuvius was 28 kilometres away, and with an estimated speed of eight knots it would have taken the ships around three-and-a-half hours to get there. On the way Pliny was dictating, taking notes on each new movement and phase of the eruption.

Hot ash started falling thickly on the ships, followed by pumice, around 5 pm as they neared the coast. Suddenly the water became shallow, caused by the seabed rising as Vesuvius’ magma chamber filled, and they were prevented from getting any closer to the shore by rafts of pumice. From Pliny the Younger, Letters VI 16:

Ashes were already falling, hotter and thicker as the ships drew near, followed by bits of pumice and blackened stones, charred and cracked by the flames: then suddenly they were in shallow water, and the shore was blocked by the debris from the mountain.

This indicates that they attempted to land somewhere south of Herculaneum, as that town had virtually no pumice fall during the entire eruption. This was due to the prevailing north-west wind blowing the ash and pumice south-east over Pompeii, where it had been falling since midday at a rate of about 15 centimetres an hour. As Pliny approached the coast, balconies and roofs in Pompeii were beginning to collapse from the weight. It would have been increasingly dangerous to stay indoors.

Though there was little ash fall at Herculaneum, the ominous 30-kilometre-high volcanic cloud would have cast the town into darkness and the constant tremors would have encouraged people to flee or seek shelter in stronger buildings, like the arched superstructure of the Suburban Baths where most of Herculaneum’s victims were found.

Pliny refused to retreat. He ordered his ship south past Pompeii to Stabiae, to the villa of his friend Pomponianus. On arrival he found Pomponianus wisely trying to leave, having loaded his belongings onto a ship, although he was unable to depart due to the contrary wind. Pliny had made a miscalculation; having landed, he too was unable to leave for the same reason. He stayed in his friend’s villa. During the night more pumice fell, the level rising so high there was danger of Pliny being stuck inside his bedroom. He joined the others and they debated whether to stay indoors or take their chance in the open, as the buildings were now shaking violently. It was a debate that would have been happening throughout Pompeii as well. Choosing to stay outdoors, they tied pillows to their heads to protect themselves from falling debris.

The decision to run or stay during this period was fateful. The deadly phase of the eruption was about to begin as the volcanic cloud began collapsing. Around 1 am the first pyroclastic surge of superheated gas and ash travelling at 30 metres per second smashed into Herculaneum, instantly killing everyone still there. At 400–450 degrees Celsius it carbonised wood, leather and foodstuffs and burned the flesh off living people. Further flows buried the town and extended the coastline 400 metres to the west.

The first surge and the next two did not reach Pompeii. When the fourth surge swept over Pompeii just after dawn, at 6.30 am, it killed everyone still present. Many were found trying to make their escape over the pumice fall. This surge was not as hot – it did not burn the bodies but rather formed a hard shell around them, creating a void once the bodies decomposed. It is from these voids that the famous Pompeiian body casts were made. Before the pyroclastic flow, deaths in Pompeii would have been from building collapse, and these bodies did not form casts as they were buried in loose pumice and ash.

The fourth surge, or the ones that came quickly after it, caused panic in Stabiae, 14 kilometres from the crater. Flames and the smell of sulphur gave warning of the approaching surge. Pliny tried to flee with the others, but the fumes and ash caused too much stress on his lungs and heart and he collapsed and died. His body was found two days later. Due to Stabiae’s distance from Vesuvius, and possibly the intervening Sarno river, the surge that reached Stabiae had cooled, so wasn’t fatal to all those present.

Whether or not the ships sent out by Pliny the Elder saved anyone is not clear from his nephew’s account, but then its main focus was not the rescue but his uncle, of whom he was genuinely fond. Pliny the Younger does make it clear that people were leaving the area as his uncle went in, and people in both towns had plenty of time to leave – in Pompeii’s case 18 hours – though this would have been increasingly difficult with the constant rain and build-up of pumice, and the complete darkness.

To date, 1,500 bodies have been found at Pompeii, and 350 at Herculaneum – only about 10 per cent of their estimated populations. More victims may be found along the roads leading out of the towns or in their still-undiscovered ports, but it is likely most people escaped.

The ash cloud was so great it darkened Rome, and some of the ash reached Africa, Syria and Egypt. The emperor Titus, Pliny’s patron, appointed a board of magistrates to relieve the distress in Campania and he went there himself to supervise the disaster relief first hand.

Pliny the Elder does not seem to have been aware that Vesuvius was a volcano, though he mentions the ones in the nearby Aeolian Islands and Mount Etna in Sicily. Earlier authors did think it had been an active volcano from the scorching found on its summit, but it had been dormant for a very long time. The link between volcanic eruptions and earthquakes was also not yet understood. Pliny held the common view that they were caused by wind (from Natural History II 192):

I think there is no doubt that winds cause earthquakes. For earth tremors never occur unless the sea is calm and the sky so motionless that birds cannot hover, because all the air which bears them up has been taken away.

A devastating earthquake in 63 AD that destroyed parts of Herculaneum and Pompeii was most likely caused by magma rising beneath Vesuvius. Another major earthquake in 64 AD destroyed the theatre at Naples. Although many fled the area after the 63 AD earthquake, tremors had become so common just prior to the eruption that they ceased to cause alarm.

In his will Pliny left his entire estate to his nephew, and also adopted him. His nephew then took his name to become Pliny the Younger. He went on to have a successful political and literary career, hence the survival of his letters to Tacitus. The section of Tacitus’ Histories in which he described the eruption of Mount Vesuvius has not survived. It would have been very interesting to see how closely he followed Pliny the Younger’s account and in what light he put Pliny’s uncle – whether heroic or foolhardy.