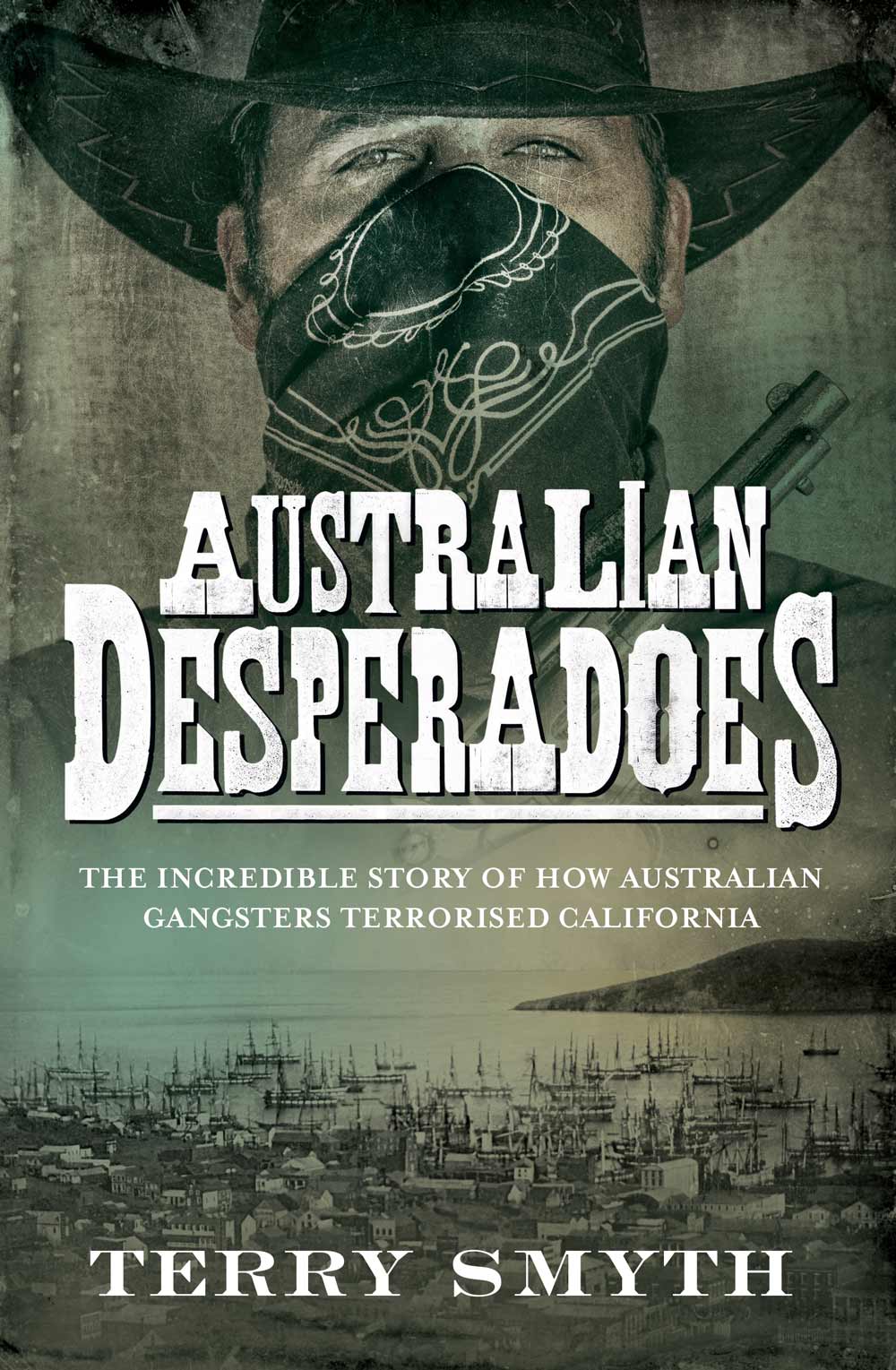 In the roaring days of the 1850s California gold rush, a notorious criminal gang of Australians known as the Sydney Coves — San Francisco’s first organised crime gang — made American history. In his new book Australian Desperadoes (Penguin Random House Australia, $34.99), Terry Smyth looks at the mark the Coves made on American history. Here, he tells Sarah Trevor about this infamous gang, and the challenges he faced in tracing their story.

IH: How did you first learn of the Sydney Coves?
Terry: It began with a passing remark. When a pub conversation turned to the 1854 Eureka Rebellion, an American acquaintance mentioned that an armed force of Californian diggers joined the rebels at the stockade and fought bravely.

He added, ‘We did more for Australia in the gold rush days that Australia did for us,’ and asked, ‘Did you know that Australian outlaws were the scourge of California, and that they burnt San Francisco to the ground?’

I had to admit I did not know that, and resolved to find out more.

IH: What drew the Coves to California?
Terry: From 1848 to 1851 — the years between the discovery of gold in California and the discovery of gold in Australia — thousands of Australians left home hoping to strike it rich on the Californian goldfields. The exodus included criminals who planned to make their fortunes not by digging for gold but by robbery, murder and mayhem. San Francisco — the lawless capital of the wild west — was a criminal’s El Dorado.

IH: How did the Coves contribute to the history of crime and punishment in America?
Terry: The Sydney Coves, along with the street gangs of New York, were among the earliest organised crime gangs in the United States, and were arguably more successful because unlike the ethnic New York gangs, which fought each other over neighbourhood territories, the Coves terrorised an entire city. More importantly, the city’s response to the Coves is a cautionary tale on the evils of vigilantism.

IH: Why do you think the Coves’ reign of terror in San Francisco is so little known in Australia today?
Terry: It is a sad fact that in the version of Australian history served up in the past, much that was controversial, discomforting or even vaguely interesting was culled or sanitised.

The question most often asked of me regarding stories such as this is, ‘Why didn’t we learn about that in school?’

IH: What were some of the challenges you faced in tracing their stories?
Terry: Putting flesh on the bones of historical characters is always a challenge, and much more so when those characters inhabit what George MacDonald Frazer called ‘the back stairs of history’. Many of the Coves — unsurprisingly — were people who hid behind aliases and lies. And their opponents, the vigilantes, covered the tracks of their own crimes, making the task of sifting fact from fabrication all the more difficult.

IH: Were there any personal stories you uncovered that stopped you in your tracks, or touched you personally?
Terry: I was appalled by the story of the Cove who survived a lynching despite being pronounced dead, only to die on an autopsy slab because no attempt was made to revive him. I was astounded by the tale of the gunfight at Rocky Canyon — the last stand of the Sydney Coves — and was touched by the tragic story of the last Australian lynched in California.

IH: Which resources did you find most helpful in the course of your research?
Terry: The archives of American and Australian newspapers of the day were excellent resources, as were the records of convicts transported to Australia from Britain. Of particular use, however, were the detailed records of the San Francisco Committee of Vigilance, perhaps the most bureaucratised lynch mob in history.

IH: What would your top tips be for researchers who want to learn more about the deeds and/or misdeeds of Australians of the past in foreign lands?
Terry: Look for sources beyond these shores. Never dismiss a story as mere myth or misinformation just because you haven’t heard it before. And, most importantly, always pay attention to passing remarks made in pubs.

IH: If you could track down one thing you haven’t yet managed to find out, what would it be?
Terry: The last of the Coves, killed in the gunfight at Rocky Canyon, were buried in unmarked graves near a mining camp and their identities were never revealed. I would love to know who they were.