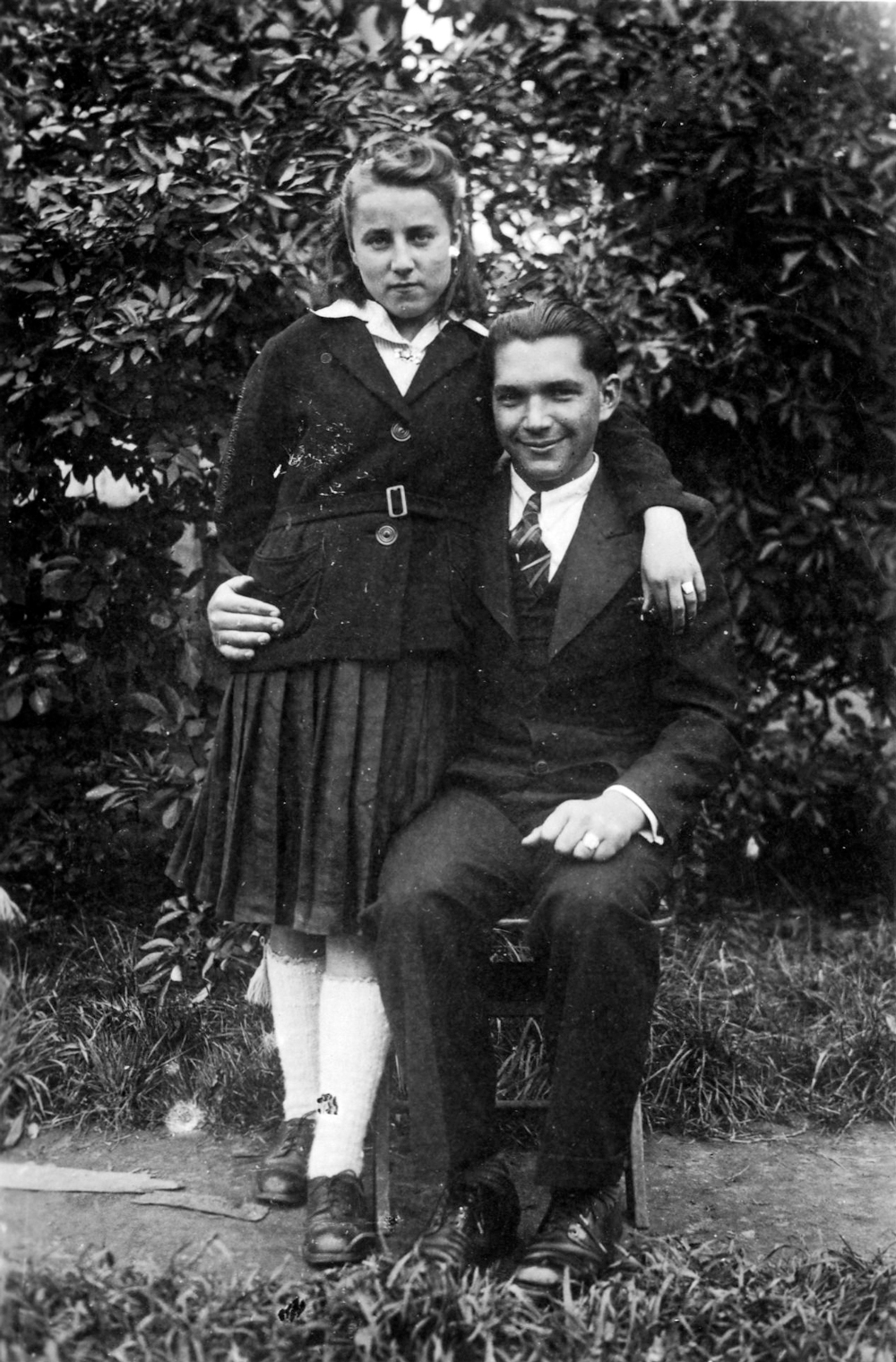 Ludmila escorted us to the underground train station, Arsenalna, the deepest constructed metro station in the world, where we made our way to the Kiev-Pechersk Lavra Monastery. Incidentally, this was a site that had been recommended as a must-see by a relative we would later be meeting in Lithuania. Founded in 1051, today the grounds comprise 28 hectares of gold-domed churches, an underground cave system and some of Kiev’s most interesting museums, picturesquely set on a grassy hilltop which overlooks the Dnipro River. The imposing 102-metre Motherland Monument – Eastern Europe’s answer to the Statue of Liberty – can be spotted in the distance from the Lavra, prevailing as a reminder of Kiev’s Soviet influence.

At the Lavra, we explored underground labyrinths, lined with the bodies of monks which had been mummified. Monks worshipped, lived and were buried in the caves, where the coolness and humidity enabled their bodies to mummify naturally. The tombs were lit only by the individual candles that each of us had been granted upon arrival, adding an air of mystery and intrigue to our visit. Today the site is popular among tourists and pilgrims alike. After exiting the monastery, we experienced part of a traditional Ukrainian Orthodox mass at the neighbouring cathedral.

Upon completion of the day’s second tour, we had just a few minutes to spare at our hotel before meeting genealogist Serhij and our grandmother’s sister’s granddaughter, Oksana, together with her husband, Oleh. Nervously, we caught the lift down to the lobby, and as the doors opened, two people in conversation immediately stood up to greet us, instantly recognising who we were! As we approached Oksana and Serhij — who had somehow already introduced themselves to each other while waiting in the lobby — we were taken aback by how much of a resemblance Oksana showed to our grandmother. She had the same bright blue eyes, and dark, curly hair. Oksana’s husband, Oleh returned from outside to meet his new relatives, greeting us as though there had been no time or distance keeping us apart. Everyone had tears in their eyes.

During the drive into the city, Oksana showed us a letter addressed to her grandmother by our grandmother, as well as a collection of photos of us and our Australian cousins.

Oksana remarked how she had been following our childhoods, up to the point when our grandmother had stopped writing (presumably around the time when she had passed). We were lost for words.

Serhij wanted to take advantage of our time in Kiev, so he organised for us to walk around other areas of interest, including the Presidential Administration Building, Verhovna Rada (Ukrainian Parliament) and Mariyinsky Palace. Historically constructed for a Russian empress by famed Italian architect, Rastrelli, today Mariyinsky Palace serves as the home of the current President. Despite being faced with limited access and high security at the Ukrainian Parliament, Serhij managed to sweet talk his way with police officers through a number of the checkpoints! We could sense his passion for history and research as he narrated our way to sites that were off the beaten tourist track. Our memories of this night, however, are largely limited to the excitement and overwhelming nature of meeting relatives for the first time!

We wandered around Mariyinsky Park, where we came across a monument dedicated to the love story of a Ukrainian woman and an Italian man – Luigi Peduto and Mokryna Yurzuk — who had met in an Austrian war camp. Oksana read the description of the monument in Ukrainian, while we read it in English, all coming to the same conclusion – “just like Baba Olena” (our grandmother)! Another coincidence shortly followed when we came across a tree by the name of ‘kalyna’.

Oksana recalled how our grandmother had written in a letter to her family that she wanted to return to Ukraine, just to see this tree once more.

After a few hours, we said goodbye to Serhij and thanked him again for uniting our family and enriching all of our lives. Oksana and Oleh came back with us to the hotel for a late dinner. They took us by surprise by presenting us with several bags of gifts: an icon that our grandmother used to pray to every night, samples of dried plants which were endemic to the region, a traditional Ukrainian artwork, homemade honey, floral headpieces and embroidered shirts. We were blown away by the generosity of these family members whom we had only just met!

The next day, we embarked on a tour of former President Yanukovych’s Palace (or the Museum of Corruption) with Vlad and our unexpected new Australian/German/American family. Yanukovych is currently in exile in Russia and wanted by Ukraine for high treason. We were amazed at the sheer — and somewhat comical — decadence of the 340-acre estate, which cost USD$2.5 billion to construct. The estate houses its own bowling alley, tennis court, boxing ring, several spa and massage rooms, a cinema and even one of 25 pianos signed by John Lennon. Today the palace is largely seen as a symbol of the corruption and greed that was at the heart of Yanukovych’s regime.

The palace grounds were immaculately maintained, and we were treated to several interesting sights, with the date 7.7.17 coinciding with a Ukrainian superstition. As a result, we came across approximately 30 wedding couples in various stages of photoshoots. Vlad was right — Ukrainians really are superstitious! We were also lucky enough to meet up with Oksana and Oleh at the palace grounds, where we enjoyed lunch prepared by Vlad and his mother.

At the end of the tour, it was time to say goodbye to Oksana and Oleh. They told us that they would be waiting for us to visit them at their home near Lviv. We had certainly witnessed glimpses of our grandmother’s personality in Oksana and even her husband, in their sensitivity, relaxed nature and openness.

It was difficult to say goodbye, but we all trusted that this would not be our final meeting.

It would almost be time to say goodbye to our new tour group family as well, with one final tour — a Soviet walking tour of Kiev — to ensue that afternoon. The father of the family, Vlad, would not be guiding this tour — news which the group found hard to accept! Vlad had truly gone above and beyond as our guide, serving as a navigator, photographer, translator, friend and even family member. Saying his goodbyes, Vlad called us his “sisters”.

The remainder of the group enjoyed visiting additional monuments and sites, such as the Friendship of Nations Arch. We marvelled at panoramic views of the city, and enjoyed a tasty and popular, mojito mocktail … but with Vlad gone, part of the family seemed to be missing! We all joked that we would reunite the tour group family in Australia. However, we were left in the capable hands of Morgan, an American from New Jersey who had fallen in love with Kiev and decided to build a life there. One traveller exclaimed that he had come to Kiev with no idea of how he would keep himself busy; after his introduction to the city, he was now worried that he would run out of time!

What struck us most about Ukraine was the genuinely friendly and hospitable nature of its people. While we were getting amazing value for the Australian dollar, we learned that locals had to work incredibly hard to get by. Vlad and his family’s work ethic and willingness to go above and beyond were certainly reflective of the national spirit. We got a taste of the resilient nature of Ukrainians, similarly exhibited by our grandparents in starting a new life in a foreign country post-World War II, and evident in the work ethic displayed by my sister and I today.

While it was difficult to leave what had been the crème de la crème of our trip to date, the next component would involve spending time with family on our grandfather’s side — our grandfather’s brother’s daughter, Oksana, alongside her mother and family. The family are based in Kaunas, Lithuania, approximately an hour from the country’s capital city of Vilnius.

Upon arrival at the airport, Oksana was immediately spotted due to her height — a former Miss Lithuania, she towered over much of the crowd, further assisted by her stilettos! Oksana’s mother, Nadezhda, had also been waiting to greet us. We learned that we had dominated their conversations for the past few months as they prepared for our imminent arrival! Nadezhda was the one who had, together with her English-speaking daughter, Oksana, initially made contact with our family via email.

Beyond sharing our grandfather’s looks — dark hair and dark eyes — we remarked how Oksana and Nadezhda’s personalities reminded us of our grandfather. They were both reserved, humble, hard-working and serious-natured. We were introduced to Oksana’s brother Jaroslav and wife (also named) Oksana, as well as her father, Michail, her partner, Alex, and her boisterous shih tzu, Rocky. We were warmed to see that despite the family’s move to Lithuania (for Michail’s work), their house was filled with paintings of Ukraine in homage to their homeland. Starting a new life in another country had helped us to form an instant bond and connection with our relatives.

We enjoyed a traditional Ukrainian Kievsky cake, which Oksana had baked herself and inscribed ‘Anna & Elisa, Lithuania 2017’. We soon discovered that Nadezhda had been at Maidan herself when she first heard the news that family from Australia were trying to get in touch! While Oksana studied and now lives in Moscow, she and Alex had travelled to Lithuania so we could all finally meet.

The next day, Oksana played tour guide, taking us to Trakai Castle near Vilnius, a flaming gothic cathedral, Castle Tower — which offered views of the whole city — and gave us a tour of the Old Town where we encountered a local Lithuanian festival filled with singing and dancing in traditional costumes. Keen to understand more about Oksana’s exposure to her Australian family connections growing up, Oksana revealed that she had known very little, just that some family were located on the other side of the world in Australia.

The following day, we visited Lithuania’s Open Air Museum in Kaunas, which features recreations of a historic Lithuania, and wandered around the old town of Kaunas, which included a medieval castle and many churches. We returned to the family house for lunch, sampling traditional Ukrainian cuisine such as varenyky (dumplings) and holubtsi (cabbage rolls). Nadezhda gave us a tour of the garden which she maintains and the various fruits and vegetables she grows — just like our grandfather used to. It is a very traditional Ukrainian mentality to live self-sufficiently off the land.

Our last day with Oksana and Alex involved an early wake-up call, as they would be driving us to Riga, Latvia’s capital, so that we could explore the city and catch our return flight to Copenhagen. They took us to the Hill of Crosses, approaching the Lithuanian-Latvian border, where we were mesmerised by the sheer number of crosses. Over several generations, crosses and crucifixes, statues and rosaries have been brought here by Catholic pilgrims; so many so, that the exact number of crosses is unknown. However, estimates put it at around 100,000. In 1993, Pope John Paul visited the site, where he declared it a place of hope and peace.

Saying goodbye to Oksana and Alex at the airport, we found it difficult to believe that an event which had brought so much anticipation and planning had now come to an end. Oksana told us how happy she was to meet her ‘sisters’, and perfectly expressed what we were all feeling in that moment:

“I think that this is not the end, but that it is just the beginning.”