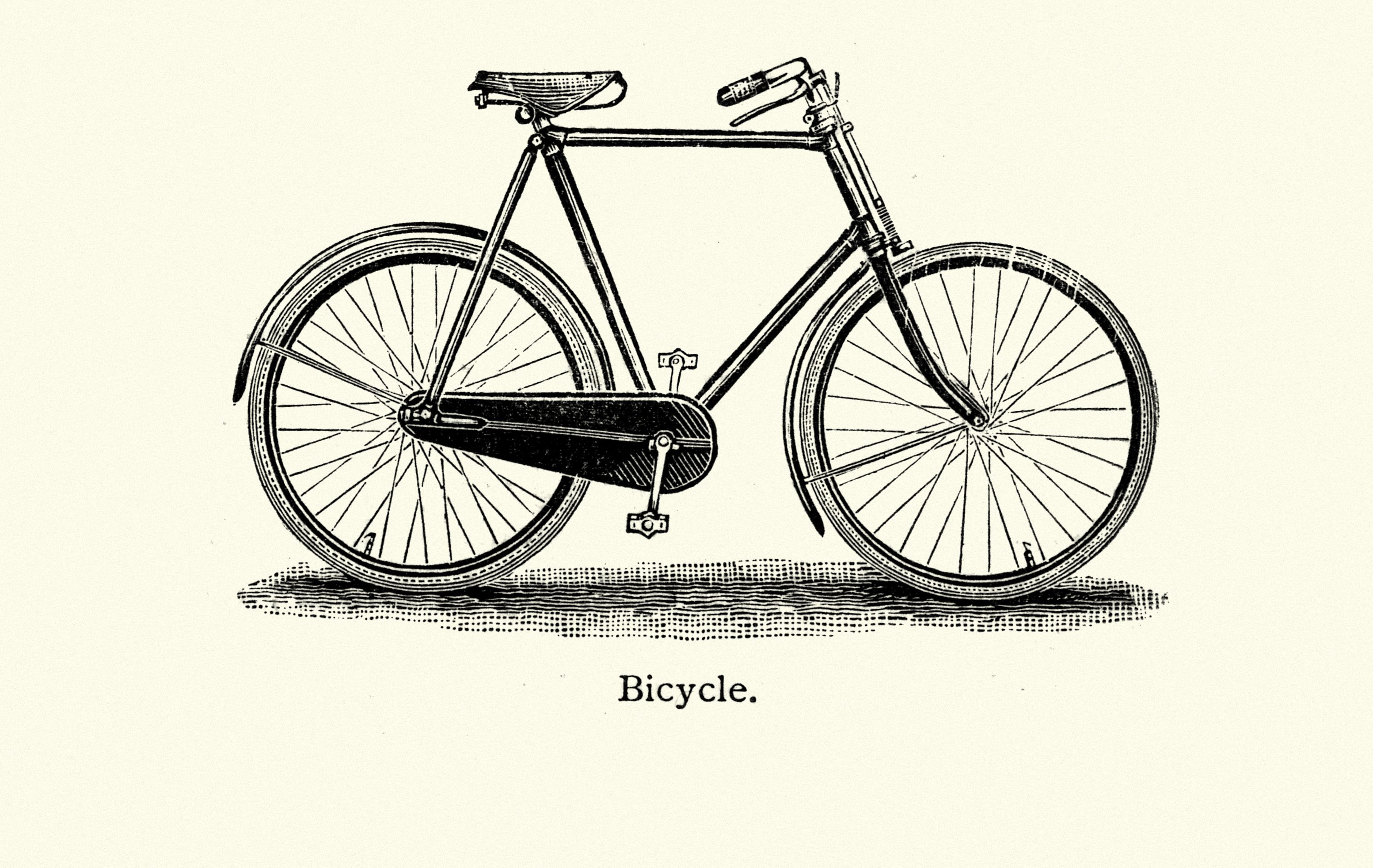 The following letter to the editor was received as a response to ‘Cycling through time’, the cover story of Traces Edition 6. In her letter, Susan Weisser shares the story of her family’s own history with 19th century bicycles, and reminds us that it wasn’t all fun and games.

The article ‘Cycling through time’ in Edition 6 of Traces, and in particular the comments about the issues of road sharing and safety that arose with the introduction of the bicycle, prompts me to write of my family’s unfortunate history with ‘new-fangled’ transport!

My great-great grandfather on my mother’s father’s side of the family, Charles Heley, was knocked over by a bicycle in 1889 while crossing Barker’s Street in Castlemaine, Victoria. He sustained internal injuries, which eventually led to his demise some 14 months later.

The sad story is told in his obituary in a Castlemaine newspaper of 16 January 1890.

‘Shortly before 10 o’clock this morning, one of the oldest residents of the district, Mr Charles Heley, breathed his last. Some few months ago, the deceased gentleman, although 68 years old, was as hale and hearty as many men of 50, but unfortunately while crossing Barker’s street he was knocked down by a young man riding at full speed on a bicycle. Mr Heley was sadly injured and gradually declined in health.

A little time after this he proceeded to Melbourne to consult Dr Cooke, who frankly told him he could give him no hope, and that he was suffering from a premature general breaking up of the system. This candid opinion weighed heavily on Mr Heley’s mind, and he gradually sank and became so weak and helpless that his demise came to him as a happy release. All that could possibly be done by an affectionate wife and family and Dr Reid, who is always very attentive, was done to ease his pains and soothe his dying hours.

He was mercifully relieved of his sufferings this morning and no doubt sleeps the sleep of the just. Mr Heley came to the colony in 1852 having for his shipmates Mr and Mrs C.A. Holmes and Cr Rodger the veteran Shire Councillor of Mount Alexander Shire. After staying in Melbourne some three years (during which time, being musically inclined, he materially assisted in founding the now celebrated Melbourne Philharmonic Society), he came to Castlemaine.

During the early days no musical circle was complete without Mr Charles Heley and he assisted in all concerts whether in aid of the local Philharmonic Society or for the charities. As a member of the Committee of the Benevolent Asylum, he worked hard in aid of the institution and was at the last election of officers made Vice-President. Being a musical enthusiast he gave all his children excellent tuition: his son Charles has for years filled the position of organist to the Wesleyan Church, Wesley Hill. His son Walter, who for years was with Mr McInnes of the Market Square, was organist of the Congregational Church for a long time, until he proceeded to New Zealand to start business on his own account.

Deceased was a good working member of the Pioneers and Old Residents Association, the members of which body have, by advertisement, signified their intention of following the remains of their late comrade to their last resting place, the Campbell’s Creek Cemetery.’

Click here to read part two of this story.