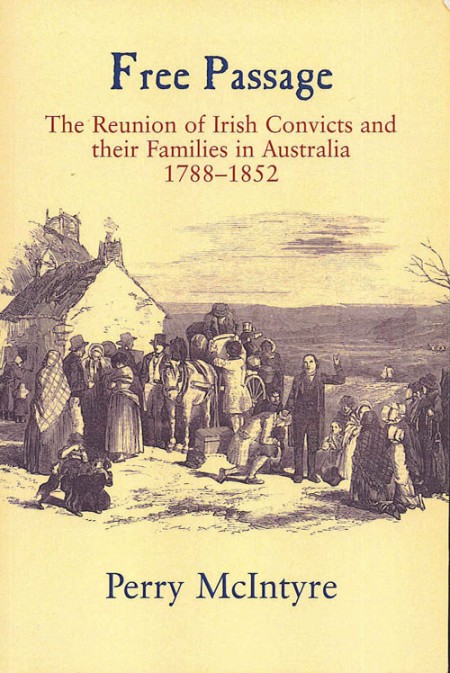 Perry’s extensive research for her PhD was published by Irish Academic Press in late 2010.

This is the poignant and complex story of the reunion of Irish families in Australia from 1788-1852. A hidden history full of human drama, the story has never been told before. Over one third of convicts transported to the Australian colonies between 1788 and 1868 were Irish.

The ensuing disruption to family life was evident, and the perception is that these transported men and women disappeared to the antipodes and that familial connections were severed forever. But a controversial government policy encouraged reformed married men to apply from the colonies for the free passage for their wives and children.

These women and children travelled on female convict ships, and, until now, they have remained hidden in the records. Perry examines the British and colonial policy which facilitated this reunion and the book is given great humanity by some of the individual stories of reunion. The research was conducted in England, Ireland, and Australia, revealing a benevolent attitude, particularly towards Irish families who had very little institutional support once their breadwinner was banished.

Free Passage is a must-have book for historians and general readers interested in genealogy and Australian connections. Image courtesy of Irish Academic Press