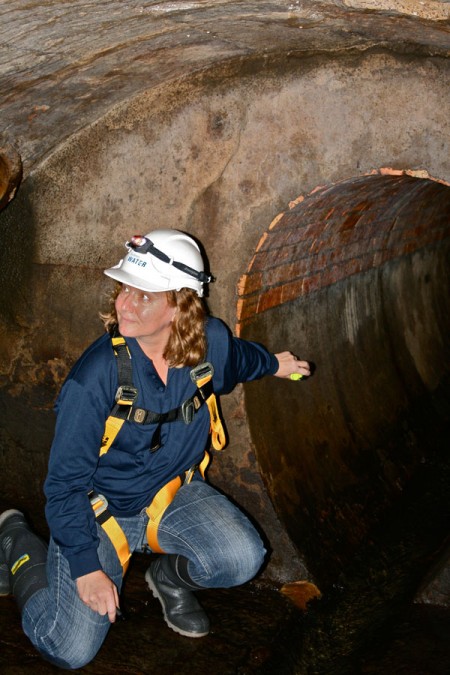 The section of the system was built in 1878 and runs from Australia Square to underneath Sydney’s old GPO building. Today robots are used to check all is well in the tunnel.

The Bennelong Stormwater Channel was originally built in 1857 to address the severe public health issue of waterborne diseases like cholera; which was finally attributed to Sydney’s open sewers. 1857 predates by three years the modern sewerage system, designed by Bazalgette, in London following the ‘Big Stink’ (after an usually hot summer). Bazalgette’s system in London was even considered one of the seven engineering wonders of the world in 1861. The Bennelong was so effective it intercepted runoff and sewage that formerly drained into the Tank Stream. So much so, that the Tank Stream no longer flushed sewage effectively. This required modifications such the addition in the sandstone floor of a “V” shaped vitrified clay flow channel in 1876. A few years later sections of the Tank Stream were converted to an ovoid shape to ensure it self-cleaned.